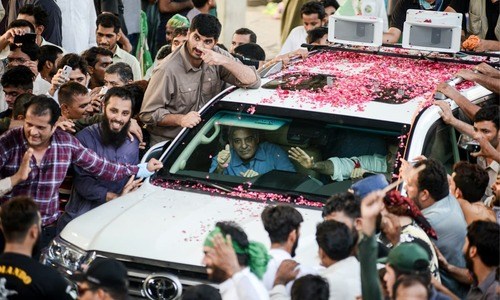 Looking at the fraudulent history of some of the high rollers in Pakistan, the general public might believe that they have seen it all.  However, to their dismay, these thieves indeed strive, in order to truly out do themselves.

All government organizations functioning under the ministry are seen to be struggling in the clutches of double-dealing seniors.

Powers Ministry’s corrupt officers take over hundreds of luxury cars, at dirt cheap prices, which usually cost a common man, an arm and a leg, to purchase.

Grasping opportunities as they appear, some corrupt officers of the Ministry of Water and Power, devised plans to steal luxury cars, by declaring them scrap, illegally.

Read more: Accountability boards are on fire this month: FIA summons Zardari and…

As the plan set into action, the foremost step had to mask these luxury cars as scrap cars. In order to do so, these cars were officially announced as junk and later parked under the open sky to attract rust. Once these cars looked the part, next in line was the announcement. After declaring these cars obsolete, these so-called depreciated assets are then, thrown into bogus auctions, at bargain prices.

Later, auction deeds are used to transfer the cars onto their new owners, finally sealing the deal. These then, transferred cars are rejuvenated with the assistance of minor denting and painting in local workshops.

This entire scenario, was played in the reveal stage of the performance reports of 15 subordinates, of Ministry of Water and Power. All government organizations functioning under the ministry are seen to be struggling in the clutches of double-dealing seniors.

These people, confidently roam the halls of these ministries without any concern, when in fact such people should be sweating bullets for the fear of getting caught.

Inventing new ways to the means of corruption, these people have proven to be, beyond the thought of the general public.

How the 26-year-old Tamil Tiger Insurgency was Defeated

Why is Abu Dhabi’s Etihad collapsing?