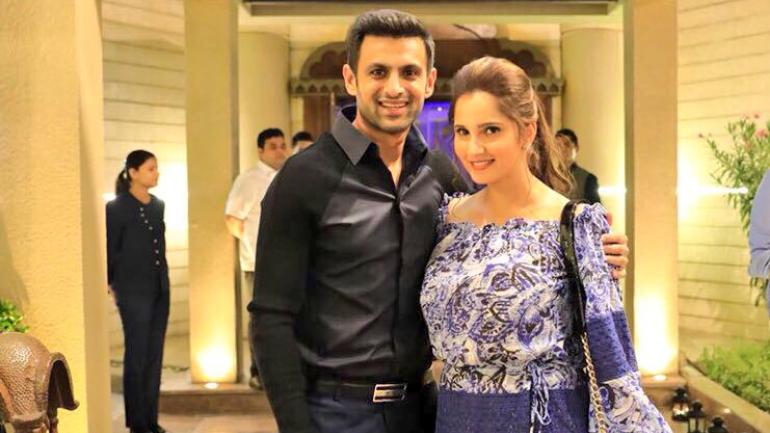 “Today I will tell you a secret. My husband and I have spoken about it and we have decided that whenever we a child, the child will have Mirza Malik as a surname. So that’s where we stand as a family including my husband. He actually wants a daughter.”

In a press release, Shoaib expressed joy, “We are obviously very excited to enter this new phase of our lives. We have been thinking about it for a while and look forward to our journey as parents.”

Sania Mirza and Shoaib Malik married back in April 2010 in Hyderabad, India. This is their first child after eight years of marriage.In 2005, Sania Mirza became the first Indian player to win a WTA tournament singles title and in 2015 the first Indian woman to top the world doubles ranking. She is also the six-time Grand Slam Champion.

Read more: Azam, Malik star as Pakistan go one up in the Independence…

Malik, 36, has played 35 Tests for Pakistan between 2001 and 2015. Indian Tennis player Sania Mirza and Pakistani cricketer Shoaib Malik announced that they are expecting their first child in a Twitter post. The baby is due in the month of October. The couple posted a picture of a locker room that showed a small compartment named Mirza-Malik.

On April 12th, Sania Mirza and Shoaib Malik celebrated their eighth wedding anniversary. The couple in their official statement said it was their mutual decision to start the family at this moment. Sania Mirza is out of action due to her knee injury since October 2017. The Tennis player, however, has not confirmed if she will return to action after her pregnancy.

Father of Sania Mirza, Imran Mirza, while talking to Indian media confirmed that the tennis player was expecting.Earlier at ‘Goa Fest 2018′, Sania Mirza mentioned that they both want a daughter as their first child. She then said she would want her child’s surname to be Mirza Malik.