Mistakes in counting the coronavirus fatalities: Why this is a statistical challenge?

The daily count of deaths occurring from the coronavirus is becoming a challenge for most of the countries. This is a sensitive business as data from different countries varies differently. Sometimes the deaths are also confused with fatalities that occur due to other health conditions. In this case scenario, can we trust the global statistics of the coronavirus deaths? 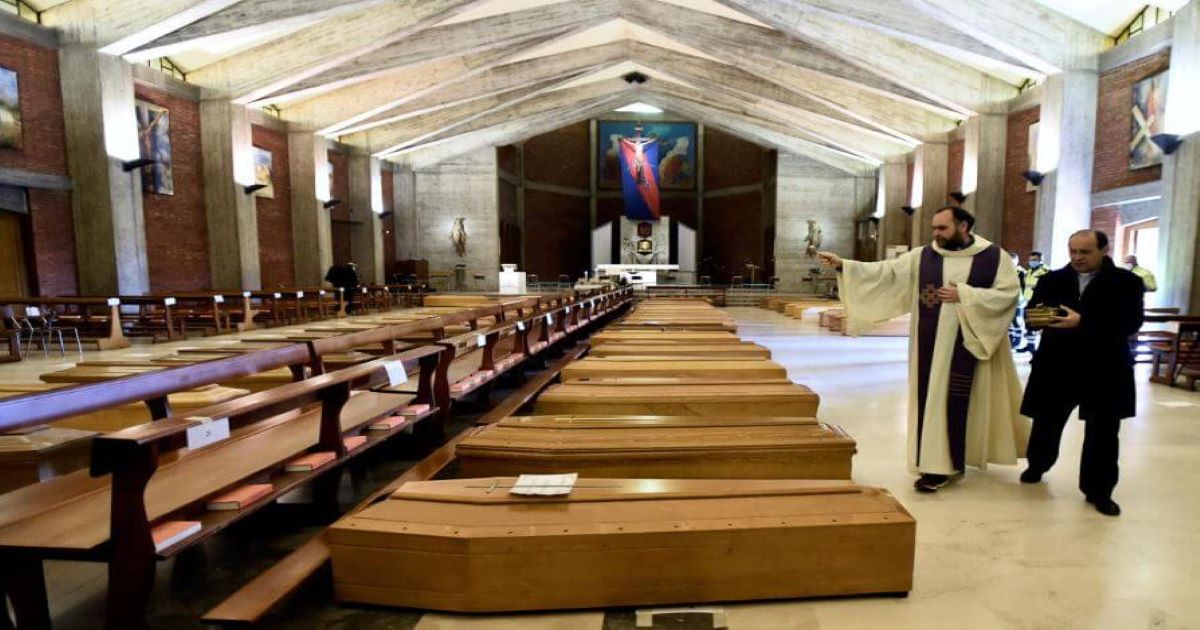 The daily counting of fatalities of the COVID-19 pandemic, whose official toll has now passed 100,000, is a sensitive business, with data often incomplete and differing methods between countries.

The place of death, identifying the cause, and the time lags in collecting the information, all can impact on the count, which will be an underestimate, but essential to overseeing the development of the pandemic.

Counting fatalities in this unprecedented health crisis is a “statistical challenge”, according to the French Institute for Demographic Studies (INED).

While Spain and South Korea count all deaths of those who have tested positive for COVID-19, whether they take place in hospital or elsewhere, it is not the case in every country. Iran, for example, only counts deaths in hospitals.

Until recently France and Britain did not include deaths in retirement homes in their official figures. They turned out to be considerable, now accounting for more than a third of the French toll.

In the United States, the counting method varies from one state to another: while New York State counts deaths in old people’s homes, California does not.

The pandemic may be the greatest challenge of the mass media era to conservative blinders, and they're coming up with wild shit to compensate. Newest thing I'm anecdotally seeing is hospitals are secretly counting deaths from other causes as coronavirus deaths to up the stats.

Even in Italy, which has the world’s highest death toll with more than 18,000 fatalities, only the biggest retirement home hotspots are accounted for, according to the Civil Protection.

COVID-19, or another disease?

While some countries, such as Britain, Italy, South Korea and Spain include in their figures all the people who have tested positive for the coronavirus, even those who died of complications from a pre-existing condition, other countries are more selective.

Iran excludes from its toll patients who have tested positive but die of another serious respiratory illness.

In the United States, there are an increasing number of complaints from people whose relatives have died, officially of pneumonia, before COVID-19 tests were available or at a time they were difficult to get.

During an epidemic, it takes time to gather and process information, even if attempts are made to speed things up, according to INED demographic experts Gilles Pison and France Mesle.

“You need several weeks or several months to be able to precisely count all the deaths,” they say.

In the United States, even if there has been no test carried out, death certificates have to mention whether COVID-19 is the “probable” cause of death. But these certificates take time to mount up and can not be taken into account for real time death tolls.

In Spain, birth and death registers and the number of funerals have pointed to an unusually high death rate than that from results from the official COVID-19 toll.

Due to a lack of tests, Spain carries out very little post-mortem screening, so if a person was not screened before dying, he is not counted by the health authorities.

Data collected by the judicial authorities is less restrictive and reveals a much higher toll: legal authorities in the Spanish region of Castilla La Mancha, for example, recorded in March three times more deaths “due to COVID or suspected COVID” than those recorded by the health authorities.

In Bergamo in Italy’s region of Lombardy, in the first half of March, 108 more deaths were recorded compared to the same period last year, an increase of 193 percent, but only 31 were linked to the coronavirus.

Some countries have been accused of lying about their death statistics.

In Iran the official figures have been disputed, particularly at the start of the epidemic, by officials in the provinces and parliamentarians.

The official press agency Irna has on occasion published higher death tolls than given by the authorities, tolls then denied by the government. Washington has in particular accused Tehran of covering up its real figures.

As regards China, where the epidemic started in December, a secret report by US intelligence quoted by Bloomberg, accused Beijing of having intentionally under-estimated its toll. Iranian officials have also cast doubt on China’s figures.

The US whips up tensions in South Asia; Delhi’s NSG membership to be pushed