Mob Lynching in India: FIR against 50 celebrities for writing letter to PM Modi

The extremism in India continues to overshadow the sane voices in the country, berated for seeking peace and tolerance in the society. The democratic reign of Modi is not ready to listen to a single critical word. 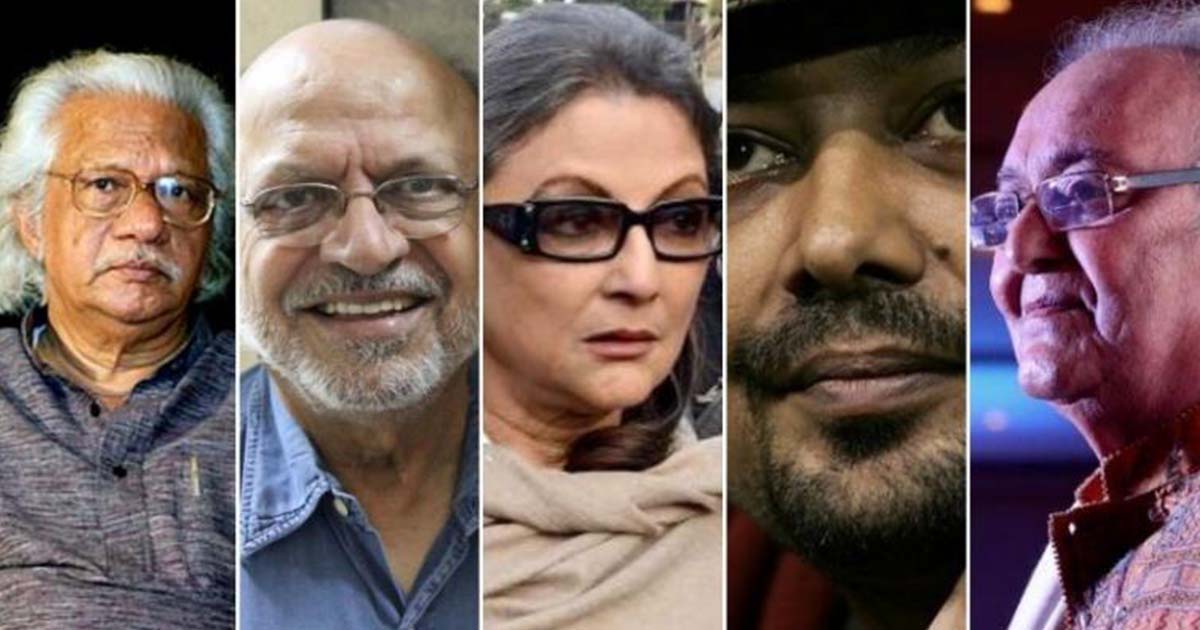 An FIR has been lodged against nearly 50 Indian celebrities for writing an open letter of dissent to Prime Minister Narendra Modi on the growing cases of mob lynching in India.

The cases were lodged after an order was passed by Chief Justice Magistrate Surya Kant Tiwari two months ago on a petition filed by local advocate Sudhir Kumar Ojha.

FIR lodged against 49 celebrities who wrote open letter to PM Modi on mob lynching https://t.co/e0ly6JlmbM
An FIR was lodged in Muzaffarpur on Thursday against nearly 50 celebrities, including Ramchandra Guha, Mani Ratnam and Aparna Sen, who had written an open letter to Prim… pic.twitter.com/5SdXSg0XB6— Все о женщинах. Для Женщин (@TracyHamming) October 4, 2019

“The CJM had passed the order on August 20, accepting my petition upon the receipt of which an FIR was lodged today at the Sadar police station here,” Ojha said.

He said nearly 50 signatories were named as accused in his petition in which they allegedly “tarnished the image of the country and undermined the impressive performance of the prime minister” besides “supporting secessionist tendencies”.

The Police informed the FIR was lodged under India Penal Code, including that related to sedition, public nuisance, hurting religious feelings, and insulting with an intent to provoke breach of peace.

The celebrities have raised concerns on the rise cases of lynching of Muslims and Dalits in India, asking to stop the immediate rise of religious extremism in the country. The letter stressed that there is ‘no democracy without dissent’.

The lynching of Muslims, Dalits and other minorities must be stopped immediately. We were shocked to learn from the NCRB (National Crime Records Bureau) reports that there have been no less than 840 instances of atrocities against Dalits in the year 2016, and a definite decline in the percentage of convictions,” the letter read.

It also denounced that the religious slogan Jai Shri Ram has been reduced to inciting religious hate and ‘provocation for war’.

Replying to their letter, 61 other celebrities including Kangana Ranaut, Prasoon Joshi wrote an open letter accusing them of “selective outrage and false narratives.”

Since BJP came in power in India, cases of mob lynchings and extremism against minorities raised exponentially. According to a Reuters report, a total of 63 cow vigilante attacks had occurred in India between 2010 and mid-2017, mostly since the Modi government came to power in 2014. In these attacks between 2010 and June 2017, “28 Indians – 24 of them Muslims – were killed and 124 injured”.

Muslims in India are major prey for these lynching groups as the Indian govt has continuously been spewing hatred against the Muslim minority of India.

Soon after Modi came into power, he made several assurances to Muslims in the country which promised safety & equal rights but his 5-year tenure and now his second term has only helped the mob lynchers as religious extremism in the country grows.

According to statistics, 90% of religious hate crimes in the last decade have occurred since Narendra Modi came into power.