Narendra Modi announced a $265-billion rescue package for India to help cope with coronavirus. However, the desperate Indian migrant workers have outrightly rejected this plan as it will do little to stabilise their miserable conditions. Is Modi unable to find a practical solution for the economic woes of India? 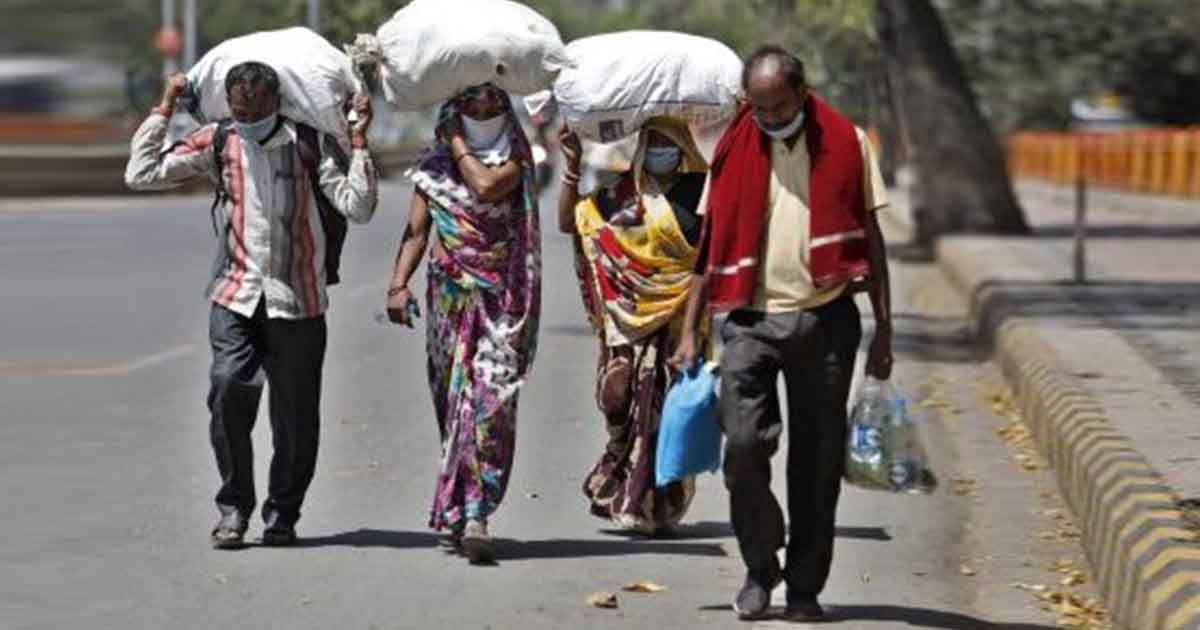 Narendra Modi’s grand announcement of a $265-billion rescue package for India is little comfort to Manish Verma, one of millions left destitute and desperate 50 days into a crippling coronavirus lockdown.

“I don’t trust Modi. We don’t understand such big figures,” Verma told AFP, trudging out of New Delhi under a hot summer sun in tattered flip-flops with his four-year-old son and wife.

“What we know is we have been left hungry and penniless because of the lockdown,” said Verma, as his hungry son rummaged through a bag looking for a scrap of food.

Verma, a construction worker, was left jobless after Modi shut down without warning virtually all activity in Asia’s third-largest economy in late March.

Read more: People are dying in India due to hunger yet it extends the virus lockdown

Left with little food or money, Verma decided to take the arduous trek back home — a village 700 kilometres (435 miles) away in Uttar Pradesh state — where he would be assured of at least two meals a day.

The family, which had that day only eaten some biscuits handed over by a passerby, were chased by stick-wielding police twice but managed to take side roads and waded through a ditch before making it to the main highway.

“They (policemen) treat us as if we are not humans, we are animals,” Verma told AFP on the first day of his journey, after setting off at midnight.

His fate is far from unique.

Hundreds of thousands among India’s 45 million migrant workers have decided simply to up sticks and return to their home villages, sometimes hundreds of kilometres away, and many on foot.

Special trains — if the workers can buy a ticket — and buses have brought home several hundreds of thousands of migrant workers in the past few weeks. But millions more still want to go, even as India gradually eases the lockdown, allowing government offices and factories to reopen.

"What we know is we have been left hungry and penniless because of the lockdown."https://t.co/X1LNIwN9rA

Around 180 have already died en route, some hit by vehicles and others from sheer exhaustion, say activists. One was a two-year-old girl.

Another 14 died in two separate accidents on Wednesday, reports said. Last week 16 workers were crushed by a goods train as they slept on the tracks.

Only $132 million was allocated for states to arrange food, accommodation and transport for the migrant workers, although more measures to help the needy were promised soon.

The government has been also handing out free food grains under a welfare scheme and cash transfer of $6.50 each to some 40 million women.

Some states like Bihar and West Bengal are giving out $13 each to their workers stranded across the country, while Delhi and other places have been providing free food.

This month clashes broke out in Gujarat, Modi’s home state, when police stopped thousands of migrants at border posts from leaving.

The group of 16 that died on the railway track had set out on foot from Maharashtra after being unable to book tickets on a special train.

“My son called one day before (the accident) to say he is hungry and that he can’t take it any longer,” cried Ashok Singh who lost his only son in the accident.

“The next day he set out for home on foot,” he told AFP by phone. Eight other members Singh’s extended family also died in the accident.

“The government cares only about the rich, it doesn’t care for the poor,” said Munshi Singh, a daily wage worker walking hundreds of kilometres to the eastern state of Bihar.

Previous articleUnending lockdown raises doubts about New York’s future
Next articlePixel 4a vs iPhone SE – which one has the best camera?

30 July 2021
Previous articleUnending lockdown raises doubts about New York’s future
Next articlePixel 4a vs iPhone SE – which one has the best camera?

Dubai’s gold souk is open again – but where are the people?

Amnesty International hails spirit of charity in Pakistan during lockdown