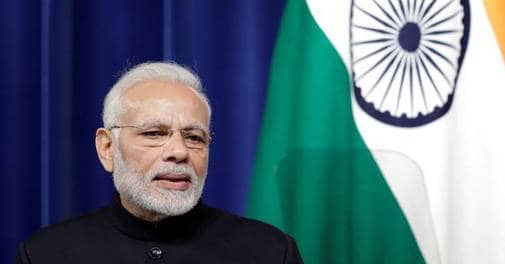 Indian Prime Minister Narendra Modi seems to be living in the bubble of the 2016 surgical strikes, India claims to have conducted inside Pakistan, but denied by civil-military bigwigs in Islamabad. Addressing an event in London – where he landed for the Commonwealth Heads of Government Meeting – the Indian Prime Minister went a mile more to prove his claims of surgical strikes by stating that he had informed Pakistan about the top-secret operation conducted by the Indian forces.

Ironically, despite denials by Islamabad, Narendra Modi expressed that Pakistan was ‘afraid’ of picking up the call, as the Indian authorities wanted to inform the country about the strikes. Though Modi asserted his point during the ‘Bharat ki Baat’ event, Pakistani military had strongly rejected Indian claims about the strikes in 2016 as an ‘illusion being deliberately generated by the Indians to create false effects’.

Although the Indian civil-military administration is envious of Pakistan’s sustainability from day one, it intensifies its fierce statements against Pakistan, close to elections – be at provincial or state level.

Pakistan’s former military chief General Raheel Sharif had also termed India’s surgical strikes claims ‘a drama’, adding that ‘If Pakistan were to conduct a surgical strike, it would become a chapter in Indian textbooks.’ Besides well-contested claims by Pakistan’s military, the UN mission tasked with monitoring the ceasefire line between India and Pakistan “had not directly observed” any firing across the Line of Control, contrary to the claims of India.

#COAS Gen Qamar Javed Bajwa rejects self defeating claims by Indian COAS about 'so called surg strikes' and its possible recurrence. 1 of 2

Narendra Modi, in his address, continued that the strikes were aimed at sending a strong message to Islamabad, claiming that India believed in peace. The interaction of Indian premier with Indian expats was not intended to address concerns regarding Pakistan; however, Modi’s intention seems deliberate as he is facing a backlash at home owing to multiple rape cases.

Moreover, as he was having a huddle with the world leaders in the British capital, scores of Pakistani expats, members of Dalit and Sikh community protested at the Parliament Square, focusing the Indian atrocities in the restive region of Kashmir; so Modi thought to beat around the bush in a bid to create a smokescreen for completing his London tour unscathed.

Though Modi asserted his point during the ‘Bharat ki Baat’ event, Pakistani military had strongly rejected Indian claims about the strikes in 2016 as an ‘illusion being deliberately generated by the Indians to create false effects’.

The eerie diversion of discussion in an event centered on the socio-economic conditions of India seems a smart move of Indian premier, who also downplayed the recent rape cases – of Unnao’s girl at the hands of a BJP lawmaker and Asifa Bano’s one, inside a temple.

Modi said that rape was a matter of shame for the entire society, but should not be politicized, saying that the number of rapes in successive governments should not be compared.  The Indian regime has been living in a constant confusion ever since Pakistan emerged on the map in 1947. As India was parted to create Pakistan, the memories of ‘vivisection’ still hurt New Delhi, though they are helpless to reverse the partition.

Indian ultra nationalist regime blows up the issue of Pakistan, in a bid to cover up its own shortcomings, but Modi’s strategy and its timings seem well devised, with violence ensuing in Indian occupied Kashmir and protests erupting in Indian cities over burgeoning sexual violence. Another stimulating factor behind Modi’s rambling speech in London is the fact that Indian public would be electing its new leadership in 2019.

The five-year tenure of Narendra Modi is ending soon and the Bharatiya Janata Party is reverting back to its anti-Pakistan politics which helped it secure victory in 2014 polls. Although the Indian civil-military administration is envious of Pakistan’s sustainability from day one, it intensifies its fierce statements against Pakistan, close to elections – be at provincial or state level.

Narendra Modi had also threatened to dry up Pakistan in 2016, saying water that belongs to India could not be allowed to go to Pakistan, however, even his statement – which is far from reality – made sense, because he was addressing a gathering of farmers at that time. Moreover, Narendra Modi is seriously disturbed about his promises regarding ‘Achhe Din’, which are far from being materialized and to block the criticism coming his way, Modi has taken the traditional route to hurl allegations of terrorism against Pakistan.

Read more: After shamed at home, Modi welcomed by protests in London

The detention of RAW spy Kulbhushan Jadhav inside Pakistan and the recent revelations of Baloch activist MustiKhan regarding India’s role about stoking terrorism inside Pakistan have exposed the subversive activities, India was involved in and to avoid answering such queries, Modi seems to have rekindled the debate over surgical strikes.

Will Shehbaz Sharif return to Pakistan?

“Terrorist terrorist, Modi is a terrorist!” protesters in London