Modi remains popular but faces disappointed voters in UP..! 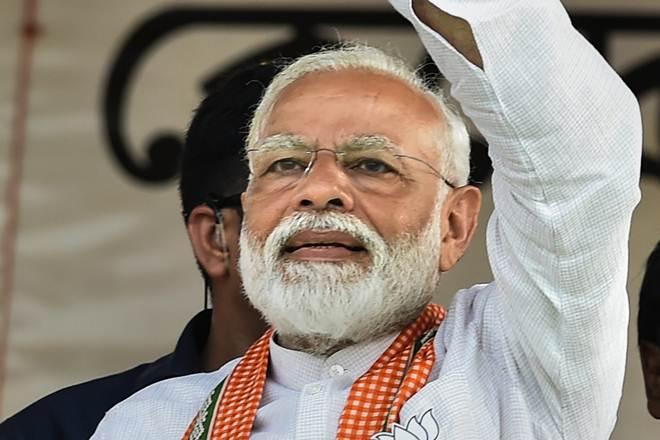 The story was based on travels to western UP and quotes from several Muslims, some Jats and a few others to depict the growing disillusionment with Modi.

During election season, all of us can only pick up fragments of the mood of the electorate. This is particularly true for a large and complex state as UP – with over 200 million people and with staggering regional and social variations. And that is why the voices NYT picked up have their own value.

It is true that in pockets of west UP – particularly the Jat belt – there was palpable anger against the Bharatiya Janata Party (BJP) in this election. In fact, Hindustan Times – way back in February 2016 – was among the first to spot this trend and report that Jats may return to Ajit Singh’s Rashtriya Lok Dal. It is also true that Muslims remain alienated from the BJP, for a range of reasons. Decisions like demonetisation have also caused hostility in some sections.

Yet, in travels across UP over the last six months, what is clear is that irrespective of what people think of the BJP, and irrespective of the final outcome, Modi remains extraordinarily popular across all social groups except Muslims.

And that is why we are witnessing a curious paradox. If the BJP wins, it will definitely have to do with Modi’s appeal. But if it loses, it will not necessarily be a reflection of the growing ‘disappointment’ with Modi or his diminished popularity.

In victory, a Modi hawa

How is that possible? It is easier to understand why a victory needs a Modi element.

The BJP’s entire campaign rests on only two elements – Modi and a caste coalition of upper castes, and non-Yadav OBCs. Given the absence of a local face, Modi’s importance has grown even more sharply. His rallies are proof this is not just another election for him. He is telling UP’s voters – trust me, you need to give me Lucknow for me to work for you more effectively, the state government has impeded work.

Those who are voting for the BJP in this election are motivated by different factors. Some may like the local candidate; some may want the exclusion of Muslims from the power structure; some may genuinely be exasperated with law and order under Samajwadi Party; some may want to see people from their own castes and communities represented in government.

But one other major factor would be Modi. When we ask BJP voters how they are willing to trust the party even though they don’t know who will be the chief minister, pat comes the reply – Modiji will decide.

In defeat, trust but check

Any election loss can be attributed to a range of factors – and if the BJP loses, all of that will come up. From the absence of local leaders to flawed ticket distribution, from party president Amit Shah’s operating style to the absence of an agenda that resonated, the post mortem will cull it out.

But if a win is due to Modi, shouldn’t a defeat be squarely placed on his doors too?

And this is where it gets interesting. We have heard many voters tell us they voted for Modi in 2014, and they will vote for Modi in 2019. But this election is different.

“That was a bada election; this is a chhota election. Modiji should rule Delhi, and Akhilesh bhaiya should be in Lucknow. He has worked well,” a Brahmin waiter in Varanasi said.

It is true that in pockets of west UP – particularly the Jat belt – there was palpable anger against the Bharatiya Janata Party (BJP) in this election.

Outside a Bareilly dhaba, near the railway station, a Jain college teacher listens into our conversation about elections. And he says, on his own, “Modiji is our leader – we voted for him and will vote for him again. But he is also human, we should not create a situation where he becomes a tanashah, a dictator. So this time, we will vote SP.”

This is eerily similar to Bihar in both 2014 and 2015. Many during the Lok Sabha elections said they were happy with Nitish Kumar’s work as CM, but wanted to see Modi as the PM. The BJP swept. This constituency then, during the state assembly elections, returned to the grand alliance led by Kumar.

What is striking is that three years into his term, despite a drastically risky policy move like demonetisation which hit people where it hurts most, Modi continues to enjoy such high levels of trust. Some voters are willing to give him more space, others want to ensure some checks.

We will know who prevails on March 11, but either way, Modi will remain standing tall.

Prashant Jha is an associate editor with Hindustan Times, Prashant Jha covers national politics and Indian foreign policy. He is the author of Battles of The New Republic: A Contemporary History of Nepal. He is particularly interested in India’s neighbourhood, and politics in the Gangetic plains. The views expressed in this article are the author’s own and do not necessarily reflect Global Village Space’s editorial policy. This piece was first published in hindustantimes.

Modi: Caught between coronavirus and Muslims