The Indian government on Monday rushed through a presidential decree to scrap Kashmir's special status, tightening its grip on a fractious region also claimed by Pakistan in the most significant change in seven decades to affect the Muslim-majority state. 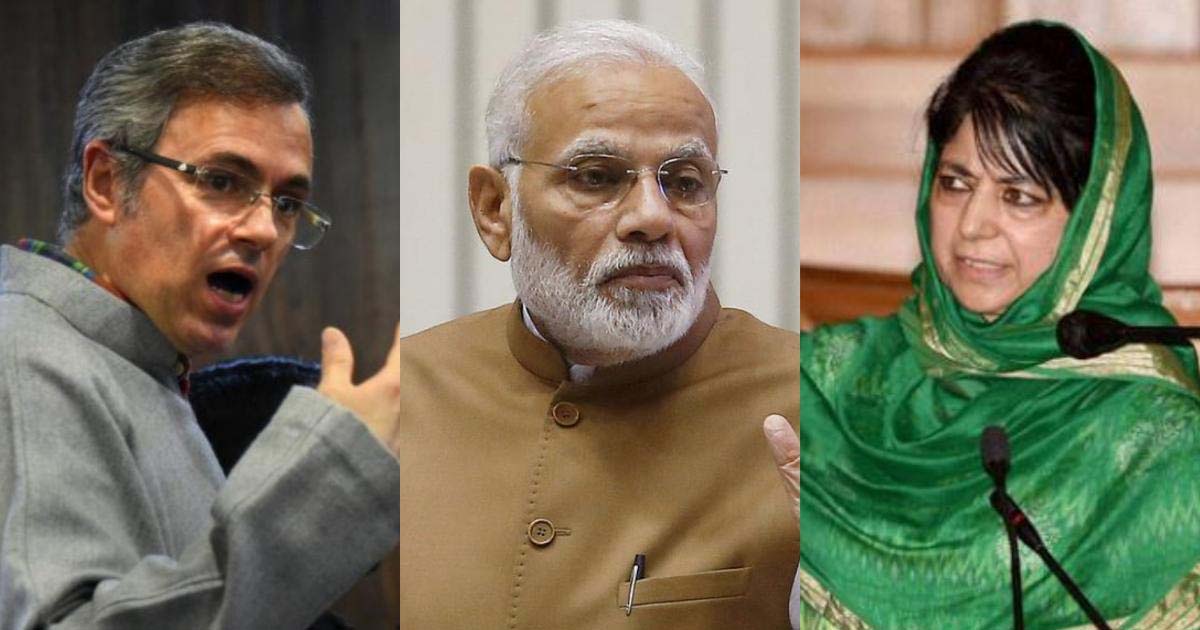 The government imposed a security lock-down on the Indian-administered part of Kashmir in the early hours of Monday after deploying tens of thousands of troops in the past week, claiming there was a terror threat.

Home Minister Amit Shah, a close ally of Modi, told parliament the president had signed a decree abolishing Article 370 of the constitution giving special autonomy to the Himalayan region.

The decree said the measure came into force “at once”.

Kashmir has been divided between India and Pakistan since their independence in 1947. For three decades the Indian-administered part of the territory has been in the grip of an insurgency that has left tens of thousands dead.

“Unilateral decision of GOI (government of India) to scrap Article 370 is illegal & unconstitutional which will make India an occupational force in J&K (Jammu and Kashmir),” she added.

A key provision means non-Kashmiris will now be allowed to buy land in the region.

If the special status is repealed, people from the rest of India would have the right to acquire property in occupied Kashmir and settle there permanently. Kashmiris fear this would lead to a demographic transformation of region from majority Muslim to majority Hindu.

As parliament debated the move, Indian media reported that the government has moved 8,000 Central Reserve Police Force (CRPF) from different parts of the country to IoK. The Indian army and air force have also been placed on high alert.

Chaos in the house

The move by India’s Hindu nationalist-led government, Bharatiya Janata Party (BJP) to revoke the special constitutional status, which allows only residents to buy property and hold state government jobs, is the most far-reaching move on the disputed Himalayan region in nearly seven decades.

Chaos erupted in the upper house of the Indian parliament as opposition lawmakers shouted slogans and started protesting after Home Minister Amit Shah urged members to discuss the legislation that seeks to end the autonomous status for Muslim-majority Kashmir.

Shah, who is also the president of India’s ruling BJP, proposed that all regulation under Article 370 will not be applicable after a presidential nod, reported India Today.

Leader of the Opposition in the Rajya Sabha Ghulam Nabi Azad said that the BJP had “murdered the constitution today”.

Parliamentary affairs minister Pralhad Joshi sought to reprimand the opposition, reported Hindustan Times. “Amit Shah is rectifying the historical blunder of Jawaharlal Nehru,” Joshi told the opposition benches about the resolution that had been on the agenda of the ruling BJP for years.

Journalists as well as opposition members in India have been questioning the reasoning behind the clampdown as well as placing former IoK chief ministers — Omar Abdullah and Mehbooba Mufti — under house arrest.

“While there has been no word from the government on the plan of action, speculation has been rife,” the Indian publication added.

The cabinet meeting was held amidst a flurry of activity in the disputed region. The clampdown imposed late Sunday night has left millions stranded in their homes as authorities also suspended some internet services and deployed thousands of fresh troops around the increasingly tense region.

According to India Today, Indian opposition leaders also met in the parliament on Monday morning to discuss the security situation in Jammu and Kashmir.

Opposition leader Azad met with various party leaders in his office and discussed the security situation.

The two leaders place under house arrest — Abdullah and Mufti — had earlier warned the Centre against abrogation of Article 35A and Article 370, which gives ‘special status’ to Kashmiris.

National Conference president Farooq Abdullah, reading out a resolution adopted at a meeting of regional parties, said they have decided to send delegations to meet the president, the prime minister and leaders of various political parties to apprise them of the consequences of any attempt to abrogate Article 370 and Article 35A of the constitution or carry out delimitation of constituencies or trifurcating the state, reported India Today.

The ruling BJP in India has consistently advocated an end to occupied Kashmir’s special constitutional status, which prevents outsiders from buying property there, arguing that such laws have hindered its ‘integration’ with the rest of India.

On Sunday, The Hindu reported that additional security troops had been placed in civilian installations and police stations and were put on “standby mode.”

The Indian government has admitted that 10,000 extra troops were sent to IoK a week ago. Media reports on Friday said a further 25,000 had been ordered there.

Kashmir politicians had long raised fears that the troops are sign that the Hindu nationalist government could carry out a threat to scrap occupied Kashmir’s special status under the constitution.