Modi’s calls to “Do or Die” to end poverty 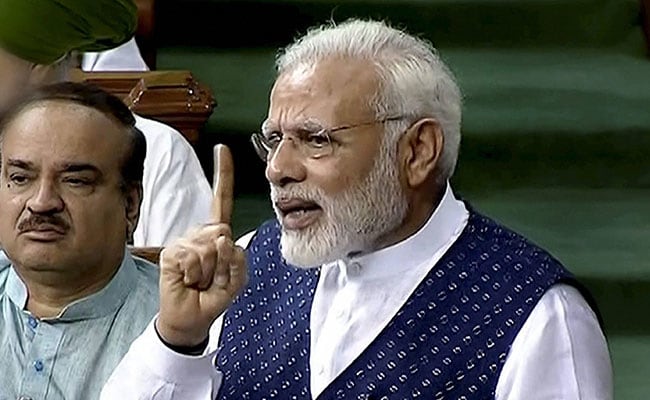 Narendra Modi, while addressing Lok Sabha on the 75th anniversary of Quit India Movement, stressed upon the importance of improving economic indicators for his country. Reduction of poverty, severe problems of malnutrition and lack of education, were identified as the primary hurdles by Mr. Modi, in the smooth sustainable development for India.

India, which is also an active member from Asia, in embracing the idea of Sustainable development goals by UN, is now faced with some serious challenges to pull the country up in the purview of new indicators of development.

Unwinding his agenda to scale up the economic performances, the imperativeness of achieving sustainable development was well reflected enough in the theme of Modi’s speech, where economic agenda subsided the political gains made by the nation during the Quit India Movement.

Borrowing the idea of Gandhi’s call of “Do or Die” during the Quit India Movement back then, he claimed India still needs to re-embrace that vehement spark to come out of the vicious circle of poverty. The speech however, lacked the substantive matter pertaining to the tactics in achieving these agenda.

What perhaps has made Modi, so critical of Economic Health of the country?

India, like other South Asian countries is well- adapted to the spectacles of GDP growth to measure the economic well being of the country.

However in the recent five years, India’s economy have sky-rocketed with an impressive expansion of industrial growth, laying in the background the escalating GDP at an annual average rate of 7.26% .

This outstanding progress of India, during the Narendara Modi’s rules, have brought India, a global recognition, while letting it emerge as an icon for the underdeveloped countries in the regions. With the boosting economy, India has also projected itself as the major political entity in the region.

However, under the canopy of the more stricter and complex economic indicators architected under sustainable development goals, India’s recent economic milestones have been rendered futile and questionable.

India in the recent Statistics

India stand’s at number 60 ,much behind Pakistan and China in the list of inclusive development of 79 economies.

The statistics project that a large segment of the Indian population is marginalized in economic development which implies that this large segment including the lower caste hindus, women, rural population, children and transgender are not getting the benefits of India’s economic growth and are still trapped in the multidimensional poverty. In other words, the development process in India has failed to integrate these marginalized groups.

Such failures do not corresponds well to the goals of SDGs, that is to eradicate poverty in all its form and to reduce the gender gaps. The statistics also mirror the wide gender gaps that persist in India.

Hence the figures have brought under the crude assessment the significance of the recent five year economic takeoff, when a large number of population is deprived off the perks of economic growth.

The multilateral assessment about the employment levels are dubious enough to cast serious concerns over the growth figures since at least half of India’s under-18 population lives in acute poverty. According to one estimate, India alone is home to more than 30% of the global estimate of over one billion people who live in extreme poverty. According to another estimate, India has more poor than 26 of the poorest countries in Africa. In fact, according to World Bank president Jim Yong Kim, a single Indian state—Uttar Pradesh (UP)—accounts for 8% of the world’s population living in extreme poverty.

Where does the Indian development stand under the interpretation of these statistics?

Where India’s economic predicament has posed serious restraints, there also lies an unexplored opportunity for India to capitalize on a more sustained development.

By working cohesively alone on reducing gender gaps in work sector, India can smooth its sail towards SDGs. Many multilateral global institutions are now increasingly pressing the roles of women in labour force to augment development, India, on the contrary holds embarrassing gender gaps figures in all social sectors.

Empowering women to engage in productive employment would give a proportionate boost to some of the critical features of SDGs. Since women increased participation in workforce is pivotal to economic growth, poverty eradication, reducing child mortality, improving maternal health, and attaining universal primary education.

International Monetary Fund study said India’s GDP can expand by 27% if the number of women workers increases to the same level as that of men. A 2015 McKinsey report gives a more ambitious projection: India could boost 2025 GDP by 60% by promoting gender diversity at work-which means if implemented with full potential, India’s economy can worth $2.9 trillion in 2020’s. India also can bring an end to the poverty by 30% if they implies competent framework of policies.

Indian minister: Muslims should have gone to Pakistan