A report by Reuters disclosed that New Delhi has not invited Prime Minister Imran Khan to Modi’s oath-taking ceremony. FM Qureshi maintained that while Modi cannot abruptly change his narrative of “Pakistan bashing” fearing the opposition, Pakistan is eager to engage in bilateral dialogue for regional stability. 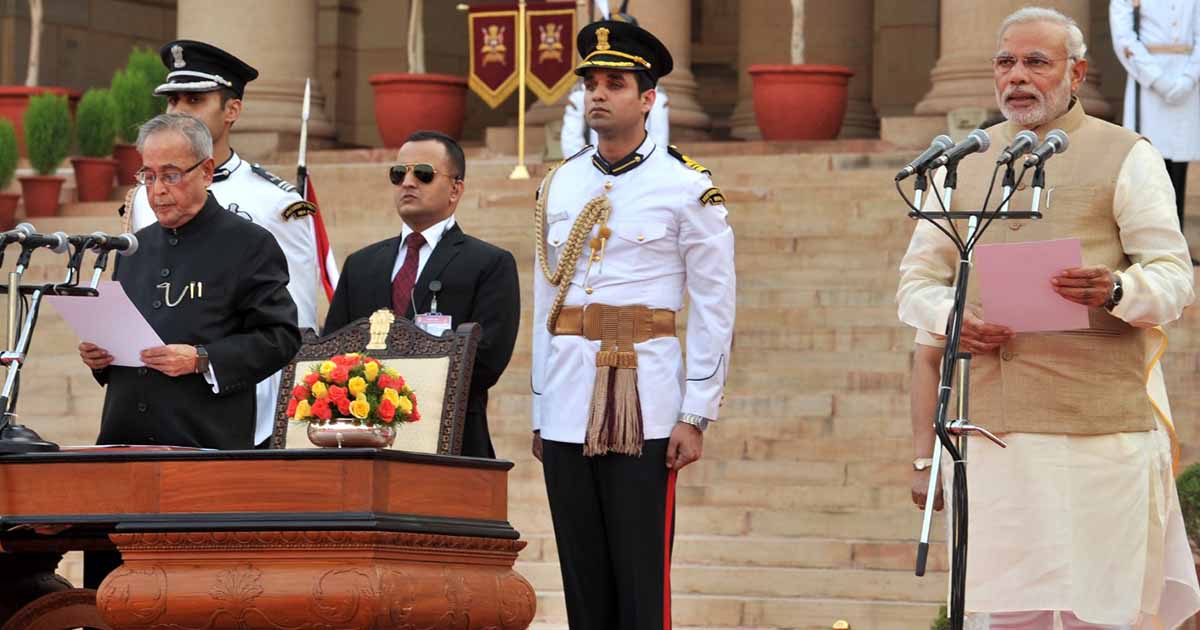 New Delhi is unlikely to invite Prime Minister Imran Khan to the recently re-elected Indian PM Narendra Modi’s oath-taking ceremony, stated a report by Reuters upon citing undisclosed sources in the Indian government, suggesting that relations between the rival nuclear powers will continue to remain ambiguous and tense.

A statement by New Delhi disclosed that as per the Indian Government’s emphasis on the ‘Neighborhood First’ policy, all members of the unheard-of Bay of Bengal Initiative for Multi-Sectoral Technical and Economic Cooperation (BIMSTEC), had been invited to the oath-taking ceremony. These include leaders of Sri Lanka, Thailand, Myanmar, Bangladesh, Nepal and Bhutan.

Pakistan is much more eager to hold constructive dialogue and bilateral meetings that will pave the way for settling the Kashmir dispute, alongside the issues of Siachen and Sir Creek.

Two undisclosed sources from the Indian foreign ministry confirmed that Pakistan has not been added to the invitation list, however, they did not provide further clarification. In 2014, Modi’s first oath-taking ceremony as the Indian Prime Minister was attended by leaders from all nations of the South Asian Association for Regional Cooperation (SAARC), including Pakistan, Afghanistan and the Maldives.

Former Prime Minister Nawaz Sharif, much to the Chagrin of Hindu-nationalist politicians and parties, had attended the ceremony. Given the tensions that ensued between India and Pakistan throughout Modi’s five-year tenure, Sharif’s attendance at his oath-taking ceremony continued to garner much criticism in India.

Analysts and experts are of the opinion that even if Prime Minister Imran Khan had been invited to the ceremony, he would have declined the invitation, giving more preference to the constructive bilateral meetings that aid in diffusing tensions and end ongoing conflicts.

FM Qureshi highlighted how Narendra Modi based his entire election campaign on the central foundation of “Pakistan bashing”, hence, establishing ties with Pakistan’s leadership will garner him widespread criticism from opposition parties. Speaking to Geo TV on Monday, FM Qureshi explained, “To expect that he will get rid of his narrative and invite the entire opposition to criticize him, it was not possible.”

It was the first meeting after the Pulwama attack and the tensions that ensued after Pakistan shot down two Indian planes and captured IAF Wing Commander Abhinandan.

The Foreign Minister Shah further added that Indian PM Modi had congratulated Prime Minister Imran Khan on securing the premier’s position last year, along with penning down a letter addressed to PM Imran Khan. He stressed that the relations between India and Pakistan are built upon the dynamics of reciprocity, and PM Khan had returned Modi’s goodwill gesture by congratulating him on winning the Indian general election.

FM Qureshi stressed that instead of being invited to attend the oath-taking ceremony of PM Narendra Modi, Pakistan is much more eager to hold constructive dialogue and bilateral meetings that will pave the way for settling the Kashmir dispute, alongside the issues of Siachen and Sir Creek.

Foreign Minister Qureshi expressed, “Identifying new ways of (resuming dialogue) is also important for them (India). If he (Modi) is committed to regional development, he must sit down with Pakistan and find a solution.”

Referencing the Pulwama attack in Indian occupied Kashmir, which claimed the lives of 40 Indian paramilitary soldiers, FM Qureshi observed; “Pakistan did not stir up the tensions, but Pakistan is committed to diffusing those tensions to serve its interests. The entire world agrees that Pakistan did not have any role to play in the Pulwama attack.”

Last week, Shah Mehmood Qureshi and Indian Minister of External Affairs Sushma Swaraj, had an informal and unscheduled meeting on the sidelines of the SCO meeting of Foreign Ministers, held in Bishkek.

It was the first meeting after the Pulwama attack and the tensions that ensued after Pakistan shot down two Indian planes and captured IAF Wing Commander Abhinandan, allowing the two Foreign Ministers to sit down face-to-face, and engage in a high-level interaction.

The Indian government had requested us to allow Ms Swaraj to fly over Pakistan to avoid the longer route, and we gave them permission.

The Hindu reported that Islamabad had allowed a rare exception for Foreign Minister Sushma Swaraj, allowing her to fly directly through Pakistan airspace on her way to the SCO meeting in Bishkek.

After the Indian misadventure of entering Pakistan’s airspace on 26th February, Pakistan had shut down its airspace for flights coming from and going to India.

The Hindu cited Foreign Office spokesperson, Dr. Mohammad Faisal’s statement, “The Indian government had requested us to allow Ms Swaraj to fly over Pakistan to avoid the longer route, and we gave them permission.”

Read more: Shah Mahmood to start a new era of cooperation with neighbors

Media reports suggest that Prime Minister Narendra Modi could still have a meeting with Prime Minister Khan as the two are expected to attend the Shanghai Cooperation Organization’s summit to be held in Kyrgyzstan next month.

India locks down IT hub Bangalore

Hindu nationalists claim that the Taj Mahal was originally a ‘temple’!