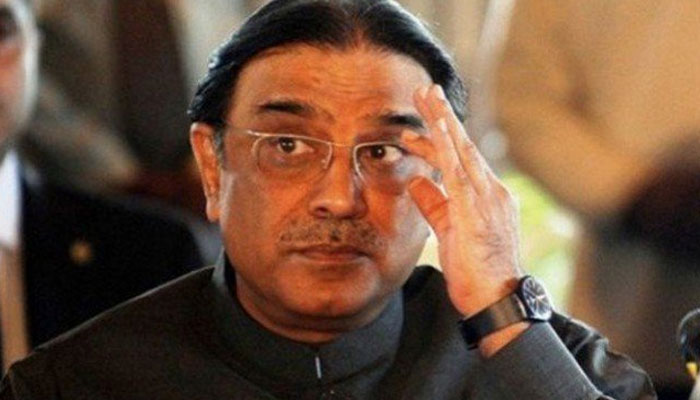 The Joint Investigation Team(JIT) probing the high profile money laundering scam has discovered 33 more suspicious accounts involving 334 people in the alleged Rs 35 billion money laundering case. The JIT apprised the Supreme Court about the latest development on Monday in its first report on the case in a sealed envelope.

The Chief Justice of Pakistan, Justice Mian Saqib Nisar headed a three-member bench comprising Justice Umer Ata Bandyaal and Justice Ijazul Ahsan that is hearing the case involving the alleged money laundering of billions of rupees through fake bank accounts. The head of the JIT—FIA additional Director General Ahsan Sadiq informed the Apex Court that his team faced the time constraint in investigating the case.

The JIT also found out that 210 companies had links with the fake bank accounts and among these 47 were directly linked to Omni Group. However, additional DG Sadiq conceded that the team has yet to make any progress regarding the transfer of money through “sea launches”.

PM Imran looks determined and has laid out the agenda in his a maiden speech and ordered the formation of a Taskforce to eradicate money laundering and deal with the plundered money in Pakistan.

Furthermore, the JIT is also investigating if the money was deposited in fictitious accounts through cross cheques and informed the top court that name of the official Contractors, who also deposited money in the fake money accounts was presented to the court. Moreover, the JIT is unsure of the whereabouts of Omni Group accountant Arif Khan, who is also one of the main suspects in the case.

The SC had ordered that Omni group should bear the expenses of the JIT team. The defense’s counsel refused to pay for the expenses was based on the fact that all of its assets including the houses were frozen. The Apex Court directed the lower courts/Special courts to not pass any order to unfreeze the bank accounts of the accused.

On September 5, the SC had ordered the formation of the JIT to probe the money laundering case and appraise the court of progress in the case every fortnight. On August 28, the FIA had requested the top Court to form a JIT. The members of the JIT included:

Prior to the formation of JIT, FIA was investigating a group of 32 people including former President Asif Ali Zardari and his sister Faryal Talpur in relation with the alleged money laundering through the fictitious accounts. In a bid to hunt down the cronies, FIA has taken into custody the high profile figures like Zardari’s close aide Hussain Lawai and Omni Group chairman Anwar Majeed and his son, Abdul Ghani Majeed.

The head of the JIT—FIA additional Director General Ahsan Sadiq informed the Apex Court that his team faced the time constraint and reviewed the investigation report.

FIA team had also conducted raids at the Omni Group’s sugar mills in Badin and confiscated computer hard-disks and two digital video recorders to assist in the ongoing probe. Anwar Majeed and his son, Abdul Ghani Majeed have not been cooperative with FIA and have used the medical conditions to hinder the progress in investigations. FIA is certain of their role in facilitating the registration of 29 fake accounts, which were used for fictitious transactions with multiple companies.

The alleged culprits had opened the fake accounts in 2013, 2014 and 2015 at some of the named private banks, and transaction worth Rs 35 billion rupees were conducted through ‘Benami’ accounts. The fake accounts were used to send money abroad to legalize the stolen money, allegedly obtained through corruption and embezzlement.

The Government Determined to Bring back Looted Money

PPP alleges that the case is politically motivated and investigations against the powerful siblings were lodged in 2015 at the behest of the PML-N government. The FIA accuses the PPP chairman and his sister of illegally transferring corruption money through the fake accounts with the assistance of the CEOs of major private banks.

FIA is certain of their role in facilitating the registration of 29 fake accounts, which were used for fictitious transactions with multiple companies.

The PPP claims that the registration of money laundering cases against Zardari and his fellow cronies is a witch-hunt.  Meanwhile, the emergence of third force and defeat of status quo parties has put the PTI in a commanding position to eradicate the menace of corruption from the country. In this regard, PM Imran looks determined and has laid out the agenda in his maiden speech and ordered the formation of a Taskforce to eradicate money laundering and deal with the plundered money in Pakistan.

PM Imran has appointed Mirza Shahzad Akbar as the Special Assistant for Accountability and appointed Shehryar Khan Afridi as minister of state for the interior, in his quest for the accountability of super-rich politicians and their allies. Khan’s resolve to uproot widespread corruption, and money laundering, especially after his speech has issued a warning to corrupt forces – who now appear to be colluding to dismantle Khan’s agenda, under the platform of Grand Opposition Alliance.

Under Imran’s vision, the task force is specially constituted to coordinate with investigative authorities and foreign countries—where money is being laundered.

Afghan Battle: The US losing lives but for what?