More than 1,500 migrant deaths in Mediterranean this year: UNHCR 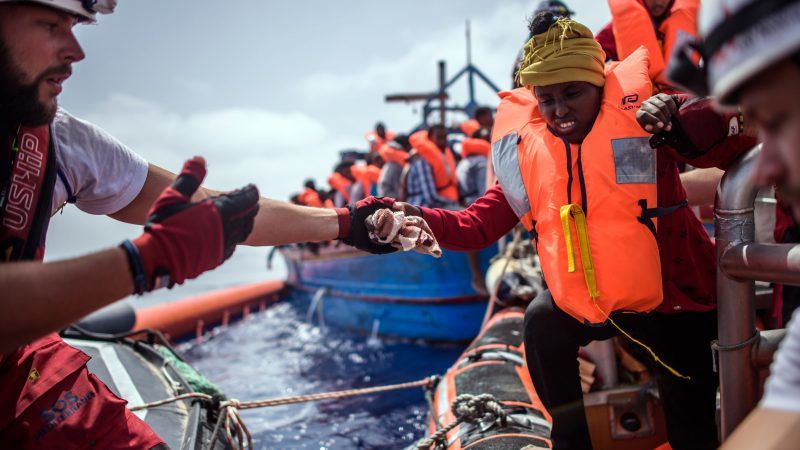 More than 1,500 refugees and migrants have died trying to cross the Mediterranean Sea to Europe in the first seven months of this year, over half of them in June and July, the UN refugee agency said Friday.

The rate of deaths is increasing despite a decline in the total number of migrants arriving on European shores compared with previous years, the UN High Commissioner for Refugees (UNHCR) said in a statement. Around 60,000 migrants have crossed the Mediterranean since January, around half the number of people in the same period in 2017.

This year Spain, rather than Italy, has become the top port of entry for migrants into the European Union with more than 23,500 new arrivals, more than the total number of migrants last year, UNHCR said.

The agency called attention to the scourge of traffickers, urging “states and authorities along transit routes to take all necessary action to dismantle and disrupt smuggler networks”, said Vincent Cochetel, UNHCR Special Envoy for the Mediterranean. “In order to save lives at sea, we must use appropriate and necessary measures to hold to account those who seek to gain profit from the exploitation of vulnerable human beings.”

The agency said that traffickers were using “ever-more unseaworthy and flimsy vessels”, overloaded with people, to attempt crossing the Mediterranean to Europe. These boats “are then left to sail out at sea in the hope that a rescue will come in time”, UNHCR said.

But in recent months, Italy and Malta have closed their ports to NGO rescue ships, leaving them stranded at sea with desperate migrants on board. “With so many lives at stake, it’s vital that we give shipmasters confidence that they will be able to dock rescued passengers, and thereby ensure that the long-standing principle of rescuing people in distress at sea is protected,” said Cochetel.

This year Spain, rather than Italy, has become the top port of entry for migrants into the European Union with more than 23,500 new arrivals, more than the total number of migrants last year, UNHCR said.

In comparison, Italy has seen around 18,500 people arrive so far this year, and Greece 16,000. Syrians account for 13.5 percent of all new arrivals by sea to Europe, making them the largest single nationality group.