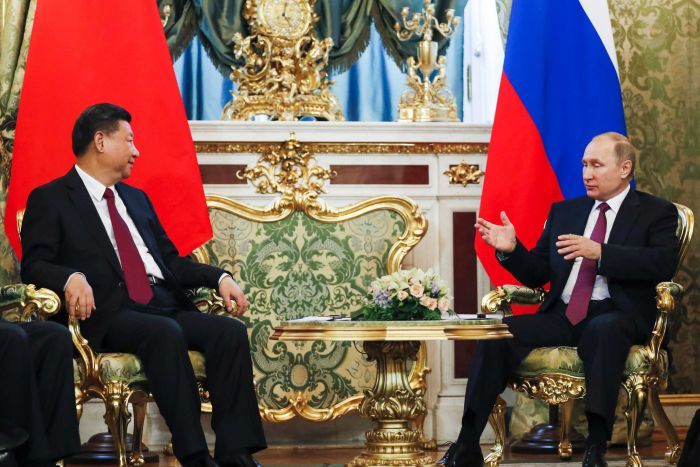 Moscow’s diktat to the US to slash the latter’s diplomat and staff strength in Russia by 755 personnel generously put September 1 as the deadline. Moscow looked good by hitting at the US below the belt where it hurts and being gracious and conciliatory at the same time. But now comes the hard part – Washington’s response. In the final analysis, every action begets a reaction in the pitiless world of superpower relations. And there is palpable unease in Moscow as the September 1 deadline draws closer.

The Kremlin would have preferred an orderly structured engagement. Moscow is all dressed up but has nowhere to go

Will President Donald Trump order retaliation? That is the million dollar question. It is a big question because Moscow would dearly hope that the American side lumps the insult and complies meekly with the Russian demand, without hitting back. For, now onward the law of diminishing returns will be at work. The mutual expulsions have become a matter of saving face. Both sides have lethally wounded the other’s capacity to function normally in each other’s capital.

On the other hand, if the US retaliates now, Russia will be hard-pressed not to react. And if Russia reacts, can the American side afford to let that pass, either? But, for sure, the US will have to retaliate. There is already feverish speculation in Moscow as to how the Trump administration will retaliate when the deadline expires on September 1. The point is, President Donald Trump is completely unpredictable. He first made a sly remark that the Russians did him a favor by forcing a reduction in the expenditure for the upkeep of 755 personnel in Russia.

In Trump’s words, “we’re trying to cut down on the payroll, and as far as I’m concerned, I’m very thankful that he (Putin) let go of a large number of people because now we have a smaller payroll.” But then, Trump clarified the very next day that he was only joking. The Russian spirits soared for 24 hours, only to collapse the next day.

The mutual expulsions have become a matter of saving face. Both sides have lethally wounded the other’s capacity to function normally in each other’s capital

In fact, Trump gets a wonderful opportunity here to hang tough on Russia. The more bloody-minded he is, paying back the Kremlin in its own coin, the better he will look in the Washington Beltway. On the contrary, he lends himself to more mud-slinging and abuse of being a Russian stooge if he is not forceful enough. That must be what is worrying Moscow.  One possibility being speculated in the Russian press is that Washington may seek the number of Russian consulates in the US to be brought down to 3 from the existing 4, on par with the three American consulates in Russia.

Another speculation is that the US may put travel restrictions on the movement of the Russian diplomats. The Russian officials have forewarned that Moscow will react in either case. Meanwhile, Foreign Minister Sergey Lavrov darkly hinted that more expulsions may follow if the US diplomats and staff were caught ‘meddling’ in the upcoming elections in Russia.

All in all, it seems inevitable that the US-Russia relations might have to deteriorate even further before making any recovery. However, what should actually worry Moscow more are the reports that the Trump administration is revisiting the moribund plans of the US supplying lethal weapons such as anti-tank and potentially anti-aircraft capabilities to Ukraine to augment its military capacity to gain a strategic edge in the breakaway eastern regions.

An Associated Press report estimates that no decision on such lines is imminent, although the State Department and the Pentagon have backed the proposal. In all probability, the US could be resorting to the familiar signal that ‘all-options-are-on-the-table’ to pile pressure on Moscow even as the Russian and American diplomats plan to meet shortly to discuss the way forward in Ukraine. But, again, Trump is unpredictable.

Ambassador Kurt Volker whom the Trump administration handpicked as the special representative for Ukraine has impeccable credentials for being a Russia hawk. He used to be the US ambassador to the NATO and more recently served as executive director of the McCain Institute for International Leadership at Arizona State University based in Washington, D.C – yes, a think tank named after Senator John McCain, Russia’s bete noire.

Will President Donald Trump order retaliation? That is the million dollar question. It is a big question

Yet, Moscow calmly took Volker’s appointment. The Russian-American diplomatic tango is becoming curioser and curioser. Basically, both Moscow and Washington are coping with a surreal scenario of total policy vacuum. As a pundit in the Carnegie Moscow Center, Andrei Kolesnikov told the VOA, “there is no such concept as Trump’s Russia policy… Neither is there a Russia policy in relation to Trump’s America.”

Trump reveals in such chaos. The Kremlin would have preferred an orderly structured engagement. Moscow is all dressed up but has nowhere to go. It has to settle for what is on offer from Trump. On balance, the advantage goes to Trump. He has the last laugh over both the US Congress and the Kremlin.

Fight in the skies of Eastern Syria