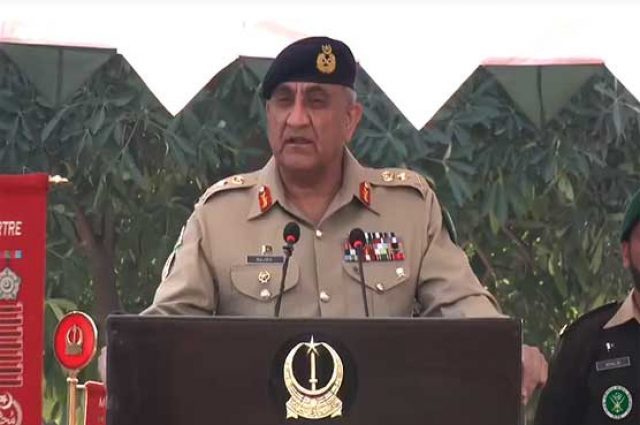 General Qamar Javed Bajwa, Chief of Army Staff (COAS), visited the head office of Mari Petroleum Company Limited (MPCL), on Thursday of this week. On the occasion, he was briefed on the company’s management and performance in its respective fields, as reported by an Inter-Services Relations (ISPR) press release.

Mari Petroleum is the 2nd largest gas producer in the country with cumulative daily production of 100,000 barrels of oil. It has recently won several awards for its corporate management, including CEO of the Year Award and 1st Position for Best Employment Practices, 3 Awards at 31st RCCI International Achievement Awards, 1st Position at 33rd Corporate Excellence Awards along with a few more in the year 2018. In fact, in the year ended June 2018, MPCL calculated to have contributed around Rs 70 billion to the Government exchequer during the year!

Such an honor from the Army chief will hopefully add to the company’s motivation to maintain their performance and motivation for the country!

On arrival, the COAS was received by Lieutenant General (r) Ishfaq Nadeem Ahmed, the managing director of the MPCL. He further proceeded to appreciate the contributions of MPCL towards the national economy, especially their plans for diversifying the business and for contributing back to the society in education and sports.

MPCL has discovered multiple oil and gas fields across Pakistan, namely Ziarat well in Balochistan near Quetta, Koonj well and several reservoirs in Sindh, Halini well etc. in Punjab, among many others.

These detections throughout the land have been found highly fruitful for the nation in terms of generating job opportunities, creating infrastructure in the local areas of operations and flourishing the economy with our own assets. Such an honor from the Army chief will hopefully add to the company’s motivation to maintain their performance and motivation for the country!

Lilly Singh, the YouTube star gets her own TV show