Muhammad Anwar, a former leader of MQM, has confessed that the party had a connection with the Indian government and received funding to carry out anti-state activities in Karachi. The confession is confirmation of several reports compiled by the Pakistani intelligence agencies about the involvement of MQM in spreading terrorism in Pakistan. 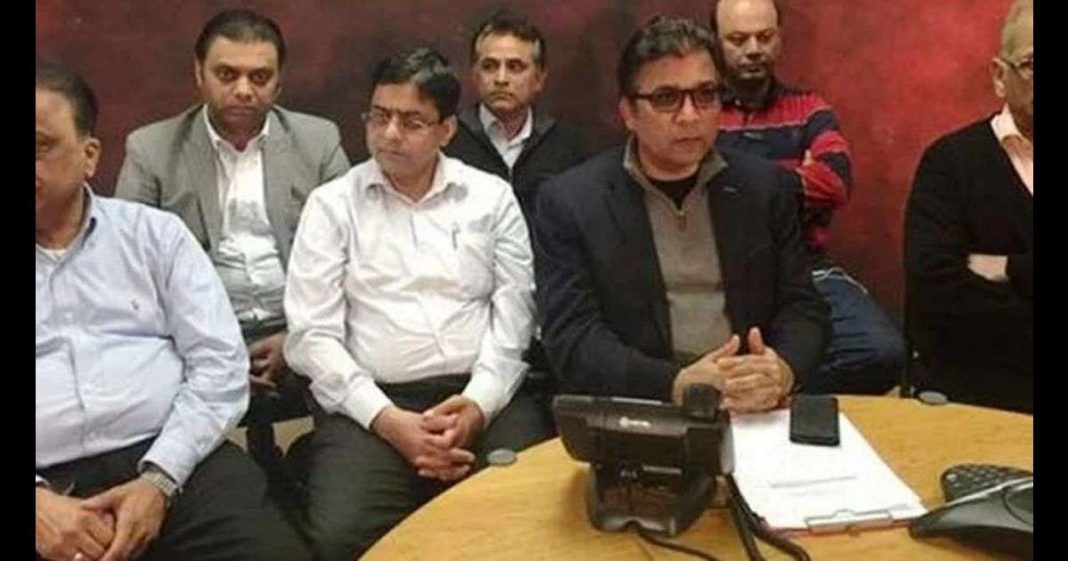 A former leader of Muttahida Qaumi Movement (MQM), Muhammad Anwar, has confirmed that the political party had received funding from the Indian government. It was already reported that the MQM had allegedly received financial aid from the anti-Pakistan element. However, the top leadership refuted such reports. The fact has now been established that MQM received funding from Indian government.

Muhammad Anwar made further revelations regarding the political party, said that a party leader had organized a meeting with him with an Indian diplomat at the beginning of the 90s era. He claimed that it was not his decision to meet Indian officials and he was instructed to coordinate the political party for contacts with the Indian government.

Mr. Anwar further said that blaming him for having contacts with India was completely wrong as he always tried to serve Pakistan. He offered the Pakistani government for cooperation to brought forward more facts.

The former leader of Altaf Hussain-led MQM said that he has no role in the murder of Imran Farooq and police had found no evidence for his involvement in the case. He asked the British and Pakistani institutions to take action if any evidence was found against him.

The politician also admitted that MQM had involved in spread fear and panic in the port city, Karachi, and those involved in the mass killing in the metropolis were now presenting themselves as ‘honourable’ personalities. Anwar added that he should not be blamed for the wrongdoings of the MQM’s leaders.

The statement of Muhammad Anwar came forth after the June 18’s judgement of an anti-terrorism court (ATC) in Islamabad that handed life imprisonment to three men over their involvement in the murder case of MQM leader Dr Imran Farooq. ATC Judge Shahrukh Arjumand had announced the verdict that was reserved on May 21.

The court handed life sentence to Moazzam Ali, Mohsin Ali and Khalid Shamim and directed them to pay a fine of Rs1 million each to the legal heirs of the slain MQM leader. The convicts who are incarcerated in Adiala Jail heard the verdict through video link.

They were handed the sentence on charges of plotting the murder and aiding and abetting the crime.

MQM-London is working against Pakistan

MQM-London is currently not allowed to carry out its political activities in Pakistan due to a series of anti-Pakistan comments by its leader Altaf Hussain who is now not allowed to appear on TV screens. Altaf Hussain said in his video message, posted on MQM-L’s official social media platforms on 23rd March 2017 that Indian Prime Minister Narendra Modi should help the Muhajir minority to be given rights in Pakistan.

Speaking from London, he said Modi should raise his voice for Pakistani Muhajirs and the people of Balochistan. He went on to say that migration was a ‘big mistake’ of the forefathers. He admitted that the MQM received funding from Indian government.

This was not the first time when Altaf gave controversial statements. In 2016, Altaf Hussain chanted anti-Pakistan slogans during his telephonic address after which his speeches were banned from electronic media. During this speech, Altaf Hussain also openly threatened media houses and asked the electrified crowd to attack those media houses which don’t support Altaf Hussain.

Altaf Hussain’s anti-state stance led to the break-up of MQM-L from MQM-Pakistan which was then led by Farooq Sattar, Hussain’s blue-eyed man. MQM-P disowned Mr. Hussain and clarified that there was no association between the two factions anymore.

Karachi has been seeing violence and acute law and order situation since the 1990s. Several people were killed, looted, exploited or made criminals for political interests of Altaf Hussain. However, during the last government of PPP, the Pakistan Rangers were given the task to restore peace and order in Karachi. The situation has improved significantly.

Moreover, after Pakistan arrested Indian spy Commander Kulbhushan Yadav whose codename was Hussain Mubarak Patel from Balochistan who later admitted that his job was to meet people in Karachi and Balochistan and spread violence.

“I commenced intelligence operation in 2003 and established a small business in Chabahar in Iran as I was able to achieve undetected existence and visits to Karachi in 2003 and 2004 and having done some basic assignments within India for RAW”, he said in a confessional video.

Therefore, some analysts believe that the MQM from the 1990s under the leadership has been taking help from the RAW to destabilize Pakistan. There is a sufficient amount of evidence in the shape of Kulbhushan Yadav that Karachi has been the main target of the RAW. So the present case in which a lawmaker is accused of being the anti-state holds some grounds. The court is to decide if he is really involved in anti-state propaganda against Pakistan or he is just being victimized on political grounds.

FIA requests ATC to confiscate the property of Altaf Hussain