Much is expected from Justice Asif Khosa – Salman Akram Raja 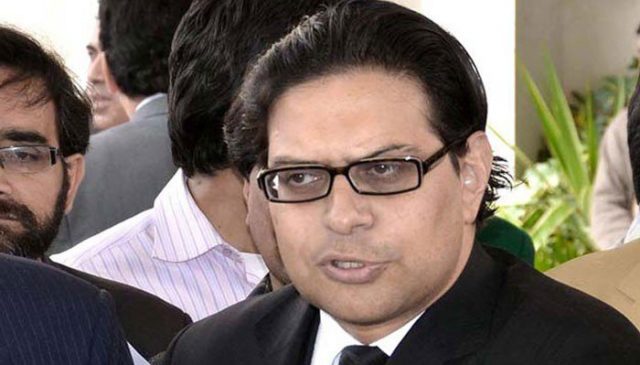 These views were expressed by Salman Raja in Dr. Moeed Pirzada’s program, at GNN Television on Thursday (January 17, 2019). He said that personality of the Chief Justice matters a lot and Justice Khosa comes from a family of intellectuals with an original thought (fikar in Urdu) and his period as head of supreme court will thus be different. He was referring to Justice Khosa’s brothers in police and civil services (Tariq Khosa & Nasir Khosa) who distinguished themselves as men of learning in their respective fields.

Justice Khosa comes from a family of intellectuals with an original thought (fikar in Urdu) and his period as head of supreme court will thus be different.

The prominent lawyer thought that Justice Khosa has already demonstrated his difference when he talked of making dams against frivolous cases. While addressing full court reference, at the Supreme Court, in the morning of 18 Jan, new Chief Justice said that “I would also like to build dams, I will build dams against false and frivolous litigation, fake witnesses” In a way it was a polite rebuke of outgoing Chief Justice, Saqib Nisar. Nisar had taken a huge position on the issue of water shortages and dams, he even mentioned this as his achievement at the eve of “Full Court Reference”.

Nisar had also mentioned his desire to help retire the national debt. In what can be understood as another polite rebuke, Khosa added that he will like to retire debts, debts of pending court cases. He then added that almost 19 laccases are pending against all courts and this is beyond the capacity of a mere three thousand judges. From this comment, one can expect that Khosa will not only take steps to force courts to end pendency but he will also be expecting the Imran Khan government to create more positions for judges.

Salman Raja, had, however, his reservations on new Chief Justice’s comment that Suo motto notices will be taken sparingly and only when no other option existed to address a matter. While most across the country welcomed Justice Khosa’s comment, Raja had his concerns. Prominent legal expert argued that while all Supreme Court is empowered under Pakistani constitution to take notices under Articles 184(3), during Justice Nisar’s period at the helm only Chief Justice could determine if a notice could be taken. Such a practice could then be dependent upon Chief Justice’s personality. Will that changes now? Raja wondered.

The prominent lawyer thought that Justice Khosa has already demonstrated his difference when he talked of making dams against frivolous cases.

Under Chief Justice Saqib Nisar, Supreme Court had taken up an unprecedented number of cases under 184(3) and most legal experts were of the opinion that under Khosa this trend will go down drastically. Khosa, therefore, did not surprise anyone when he expressed his mind at the “Full Court Reference”. Salman Raja welcomed Justice Khosa’s comments, that “we will make civilian courts work as speedily as the military courts”.

Responding to Dr. Pirzada’s question that does that signal new Chief Justice’s disapproval of the extension in the term of military courts, he argued that military courts represent a black spot on our system. Anchor then asked him: what should be done administratively so that military courts are not needed any more after this last possible extension? Raja replied that “unfortunately nothing has been done so far”.

He argued that once military courts were instituted, we handed over all burden upon them and did not institute any reforms. But he was hopeful that Justice Khosa will institute the reforms at grassroots to strengthen the court system so that military courts are not needed in the future.

Punjab Higher Education Minister needs to be removed from his position