Democrats expected Russia-gate fireworks from former special counsel Robert Mueller’s long-awaited testimony on Capitol Hill, but were once again disappointed, witnessing only the last fizzles of a dying conspiracy theory. 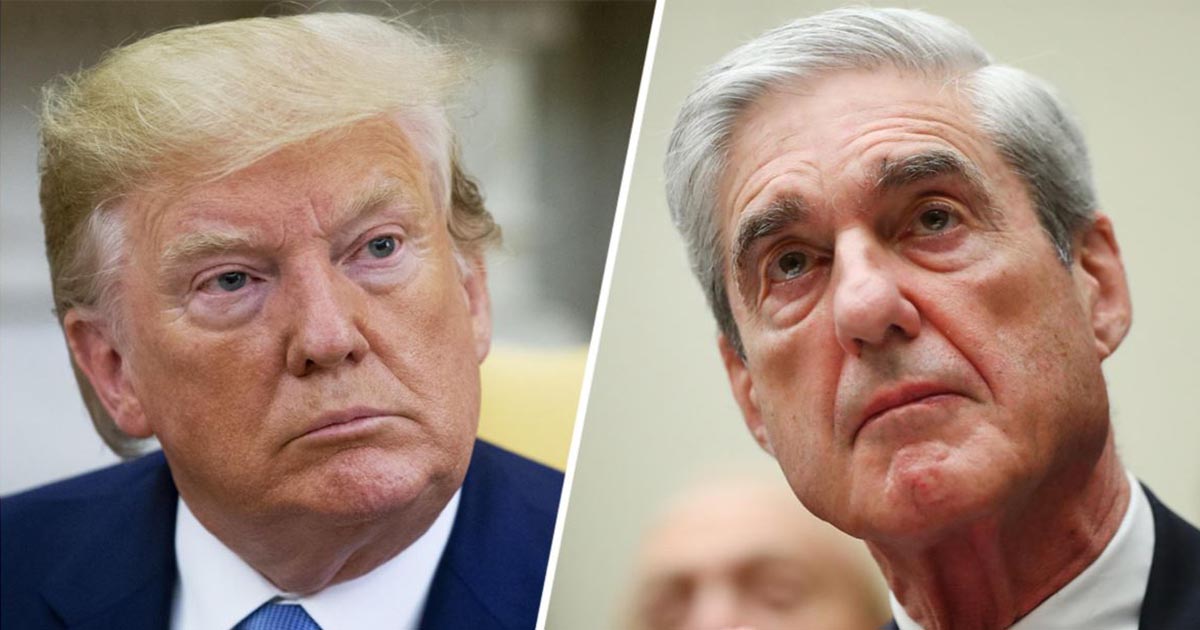 Many in the media had massively hyped Mueller’s appearance, believing that his confident and clear testimony would make for must-watch television. Yet, when the messiah finally appeared, he struggled to answer questions, constantly asked committee members to repeat themselves – and bumbled through the answers he did give (which were not particularly interesting and shed little new light on the Russia-gate debacle).

Rep. Ratcliffe asks Mueller if DOJ has any policy at all that allows an official to say an American who is not charged is "not exonerated," and whether anyone other than Donald Trump has been so tarred. Mueller is unable to name a policy or think of such an example.— Mollie (@MZHemingway) July 24, 2019

Watching the hearing was like watching paint dry – on a wall you’ve painted one-hundred times before. Democrats must finally be realizing that Mueller will never reveal himself to be the Trump-slaying superman they’d hoped for.

Better things to do?

“It’s outside my purview,” “I can’t get into it,” “I refer again to the report.” Those were Robert Mueller’s go-to answers throughout Wednesday’s hearing, during which it was absolutely clear that he had no interest in being there.

Mueller appeared tired and groggy and showed little enthusiasm for answering a barrage of questions from the House Judiciary Committee – nor for entertaining any of the elaborate grandstanding coming from both sides of the aisle.

Of course, his reluctance was no surprise; the investigator had previously admitted he did not want to testify and believed that his 450-page report should have been regarded as his only testimony.

Rep. Ratcliffe asks Mueller if DOJ has any policy at all that allows an official to say an American who is not charged is "not exonerated," and whether anyone other than Donald Trump has been so tarred. Mueller is unable to name a policy or think of such an example.— Mollie (@MZHemingway) July 24, 2019

In his opening statement, Mueller confirmed (yet again) that his “extensive investigation” completed over two years “did not establish” that members of the 2016 Trump campaign conspired with Russia to steal the presidential election. “I do not intend to summarize or describe the results of our work in a different way in the course of my testimony today,” he said.

It was a warning to Democrats in particular; perhaps Mueller’s way of encouraging them to abandon any lingering hope that he would suddenly rip into Trump in some newly dramatic fashion, calling for his impeachment for high crimes and misdemeanors.

Mueller also confirmed, once and for all, that he was not curtailed or hindered in his investigation by Trump and was essentially allowed to conduct it as he saw fit – another ‘ouch’ moment for Democrats.

Not charged, but not exonerated?

Pleasing to Democrats, however, will have been Mueller’s straightforward answer when asked if Trump was correct in his characterization of the results of the report as a “total exoneration.”

“No,” Mueller quickly responded. Yet, here again, there is no new information. Everyone already knew that Mueller had refused to make any determination on the question of obstruction of justice and that the process had not “exonerated” Trump fully in this regard.

The issue of Trump’s claimed exoneration became one of the more interesting moments of an otherwise dull hearing, when Texas Republican John Ratcliffe asked Mueller if the US Department of Justice had any policy that allows him to say that a person who is not charged is also “not exonerated.”

When asked if he could think of an example, besides Trump, where “an investigated person was not exonerated because their innocence was not conclusively determined,” Mueller could not think of any, saying this was a “unique situation.”

It wasn’t simply that Mueller was seemingly disinterested in the whole charade; the stranger discovery of the day was that on many occasions during questioning, he appeared to have trouble recalling some basic facts from his report. Granted, the entire report is hundreds of pages long – no one could be expected to recall it all in crystal-clear detail – but Mueller’s grasp of certain elements left a lot to be desired.

Mueller can't recall who provided one of the most salacious quotes in the Report, in which Trump purportedly exclaims "I'm fucked." (It was Jody Hunt, Sessions chief-of-staff.) Isn't that something you'd remember? Did he prepare at all for this hearing?— Michael Tracey (@mtracey) July 24, 2019

On one occasion, he was unable to recall who’d provided one of the most reported-on and dramatic quotes in its pages (Trump’s alleged response to Mueller’s own appointment: “This is the end of my presidency. I’m f*cked.”)

It wasn’t just report-specific facts that Mueller failed to recall, either; he couldn’t even remember, when asked, which president had first appointed him to the position of US attorney general. It’s only a matter of time before Trump starts calling him ‘Sleepy Robert’ on Twitter.

So shaky was he on some of the details, committee members inadvertently caught Mueller contradicting pieces of the report in his spoken testimony. Asked by Georgia Republican Doug Collins if “collusion and conspiracy” are “synonymous terms,” in the “colloquial context,” Mueller said no.

Yet, in his report – as Collins swiftly pointed out – he stated that “even as defined in legal dictionaries, collusion is largely synonymous with conspiracy.”

That was awkward. Collins just got Mueller to contradict his own testimony 30 minutes in. After initially saying no, Mueller acknowledged what his report said, that "collusion is largely synonymous with conspiracy" — the crime Mueller investigated & cleared Trump camp on.— Aaron Maté (@aaronjmate) July 24, 2019

It was back to the question of obstruction of justice when Democrat Hakeem Jeffries of New York began questioning Mueller, pressuring him to agree that Trump had committed obstruction. On Twitter, many excitedly claimed that Jeffries was masterfully “establishing” that the “three elements” of an obstruction of justice charge were present – but he failed spectacularly when Mueller ultimately responded: “I’m not supportive of that analytical charge.”

Impeachment-favoring Democrats did their best to force Mueller into agreeing with their personal characterizations of his report, but he repeatedly rebuffed their valiant efforts. Their ultimate goal was to nudge him into saying something which could be construed as his support for impeachment proceedings – but no matter how hard they tried, they couldn’t get him there. To steal the analysis of MSNBC’s Chuck Todd, for Democrats, “on optics, this was a disaster.”

Majestic WWII Airplane “Spitfire” set to fly around the world