Mufti Muneeb, ulemas’ dissent on lockdown as mosques to be forced open

The government is dealing with COVID-19 and religious clerics who are not ready to listen to medical experts. What options does the government have? How will PTI govt. enforce the lockdown on mosques when Ulemas and govt are not on one page? 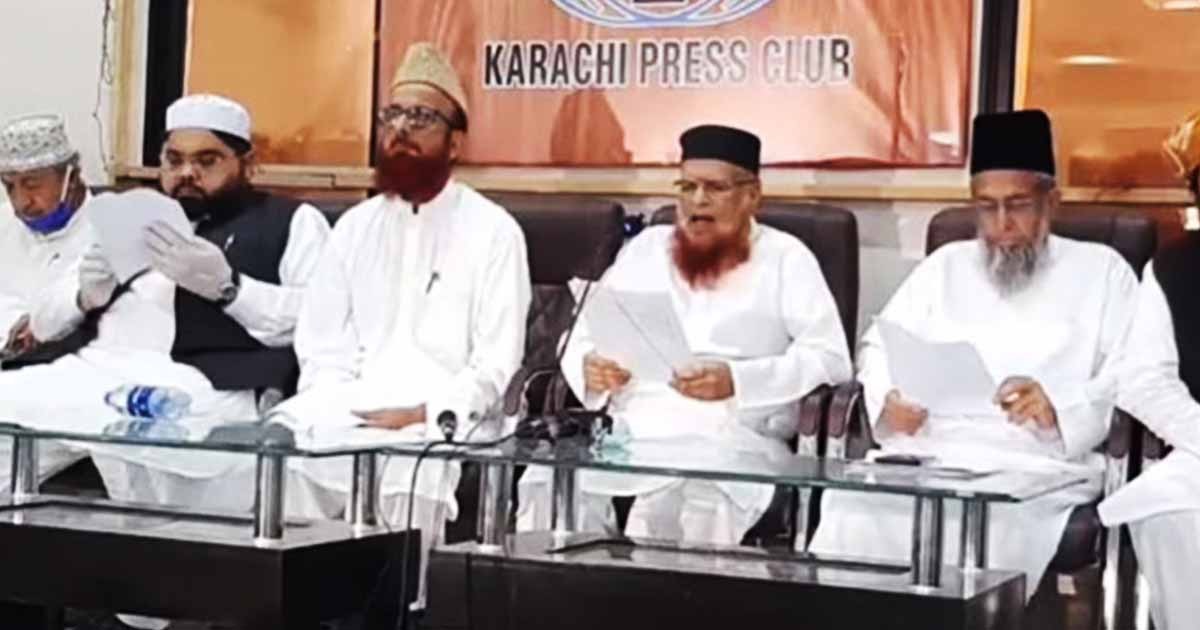 Religious clerics in Pakistan have issued instructions for their followers and allowed them to offer prayer together in mosques. Prominent ulema and religious leaders have demanded the federal government to lift restrictions on congregational prayers at mosques in the country, saying prayers are essential for Muslims and should be allowed as long as safety measures are observed.

It appears to be a bold step by the religious leaders who have demonstrated their power in the country. However, experts are mulling over the fact that can the state convince these clerics to follow the instructions of experts?

“Now, the lockdown will not be applicable on mosques, Friday and Ramazan prayers will be held at mosques,” said Chairman Ruet-e-Hilal Committee Mufti Muneebur Rehman in a joint presser on Tuesday.

Similarly, “Restriction of three or five people at mosques is not proving practical, those who are sick, elderly should not come to mosques,” said Mufti Taqi Usmani, one of the top clerics in Pakistan.

Tuesday’s call in a joint statement by clerics and leaders of religious parties came as the nationwide tally of COVID-19 patients has surged past 5,800 with over 100 deaths.

Their demand came despite Prime Minister Imran Khan said that he would meet religious scholars to discuss the restrictions on congregational prayers which were enforced last month and imposed a limit of five people gathering together.

Previously, the Pakistani government was unable to suspend Jummar prayer due to the same clerics. To counter unreason and religious orthodoxy, Egypt’s Al-Azhar issued a fatwa on the request of President Dr Arif Alvi permitting suspension of Friday prayers to control the spread of deadly coronavirus across Pakistan.

“I am thankful to Grand Imam Shaikh of Al-Azhar and Supreme Council for responding to my personal request to provide guidance to us with regard to Farz Jamaat and Juma prayers in mosques during coronavirus attack,” the president said in a tweet.

The fatwa stressed that public gatherings, including congregational prayers at mosques, could result in the spread of coronavirus and the governments of Muslim countries had full jurisdiction to cancel such events.

It also emphasized amending Azaan (call to prayer) with words ‘Salaat Fi Buyut-e-Kum’, meaning ‘pray in your homes’ instead of the usual ‘come to prayer’. Also, families within their homes can arrange group prayers.

“Furthermore, the older people should remain at their homes and follow stated medical guidelines as all pieces of evidence show that public gatherings, including prayers, constitute a conducive environment for virus,” it said.

The fatwa cites Abu Dawood narrating Ibn Abbas, who recounted that Holy Prophet (Peace be upon him) said that fear of sickness is an excuse for missing Juma payers. Moreover, Abd Al-Rahman Ibn Auf stated that the Prophet (PBUH) forbade those with unpleasant smell to avoid going to mosques in order to protect other faithful from disturbance.

Is religion misused in Pakistan?

Religion is considered a highly sensitive matter in Pakistan. The misuse of blasphemy laws in Pakistan has generated a debate about whether religion should play any role in the public sphere or not. Politicians and mainstream political parties are alleged for misusing religion to seek political support during elections.

Recently, Inter-Services Intelligence (ISI), Pakistan’s spy agency, was tasked by the Supreme Court of Pakistan to prepare a report to identify as to who funded the sit-in of firebrand speaker Khadim Hussain Rizvi. It termed the sit-in of Khadim Rizvi politically motivated with an objective to achieve unstated political goals. Khadim Rizvi used the issue of amendment to the blasphemy law which helped him initiating a campaign against the sitting government.

At least 1,472 people were charged under the law between 1987 and 2016, according to advocacy group the Center for Social Justice. Some reports suggest about 40 other people convicted of blasphemy offence are still on death row.

No-one convicted of blasphemy has ever been legally executed in Pakistan, but at least 70 people, including governor Punjab, Salman Taseer, and Pakistan’s minorities minister, Shahbaz Bhatti, have been killed since 1990 in attacks by lynch mobs or vigilantes after being accused of it.

In the instant case, religious clerics are not letting the government pass necessary instructions to stop gatherings in mosques so that the spread of the virus can be stopped at its tracks. Religious clerics argue religious affairs cannot be suspended to counter an epidemic.

Experts and analysts believe that the authorities must act in time and ensure that Pakistan does not surrender before the orthodox forces under the shadow of unreason. These demands suggest to analysts that political will and ideological clarity should not defeat anti-science vocalisation in Pakistan.

Will Government fulfill its latest Agreement with TLP?

Nawaz Sharif should not go outside, suggest doctors