As China bows to Hong Kong protests, Murder Suspect who started it all is released

Chan apologized for being a catalyst for the huge protests that have wracked Hong Kong for months. "As for the society and Hong Kongers, I could only (say) I'm sorry," he said. 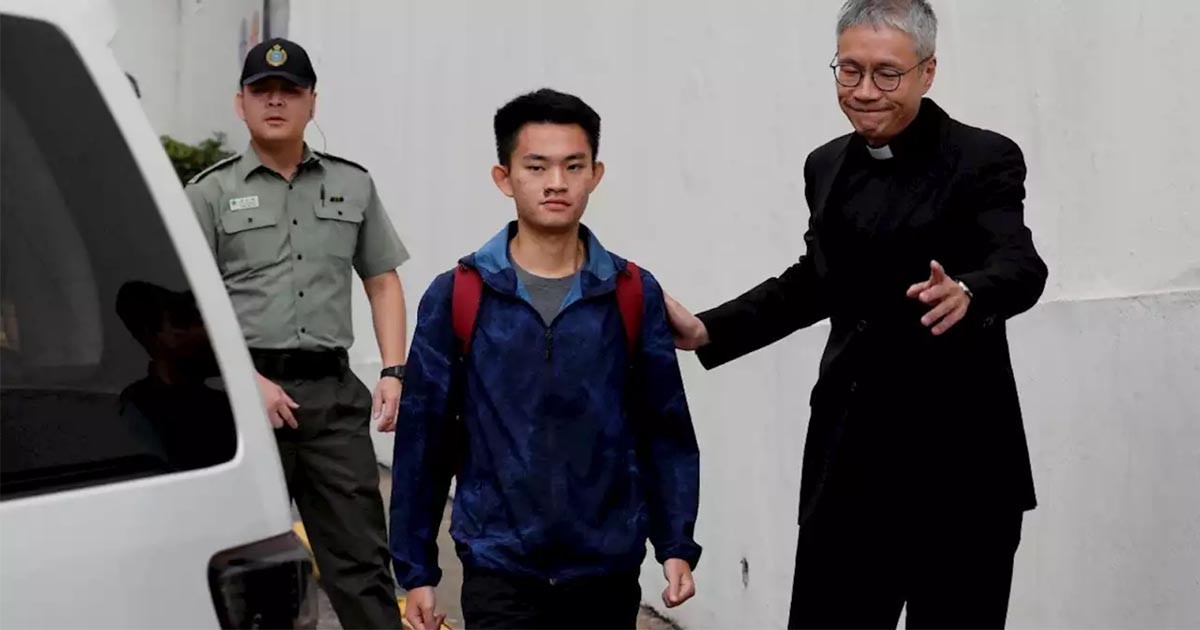 A murder suspect whose proposed deportation to Taiwan was a catalyst for massive anti-government protests in Hong Kong was released from prison Wednesday, but despite saying he wants to face justice will remain in the city for now.

BREAKING: Chan Tong-kai, the murder suspect at the center of the #HongKongProtests, has been released.

Months of increasingly violent pro-democracy demonstrations in the global financial hub were sparked by protests against an extradition law which would have allowed suspects to be sent to various destinations — including authoritarian mainland China.

The proposed law — which was formally scrapped on Wednesday — was prompted by the case of Hong Konger Chan Tong-kai, 20, who is wanted in Taiwan for the 2018 murder of his pregnant girlfriend, Poon Hiu-wing.

China views self-ruled Taiwan as a renegade province which will eventually be unified with the mainland, by force if necessary, after the two sides split in 1949 after a civil war.

Chan was released from a Hong Kong maximum security prison on Wednesday after spending just 18 months in custody after convictions on money laundering charges related to cash and valuables he took from his girlfriend before fleeing Taiwan to Hong Kong.

Chan apologised for the great “pain and agony” he had caused Poon’s family, saying he hoped his decision to surrender would offer them some relief. “I am willing to surrender myself… and go back to Taiwan to face the trial and serve the sentence,” he said.

Chan also apologised for being a catalyst for the huge protests that have wracked Hong Kong for months. “As for the society and Hong Kongers, I could only (say) I’m sorry,” he said, adding that he hoped to be forgiven and start life afresh.

Chan, however, will remain a free man in Hong Kong unless the territory gets past a diplomatic impasse with Taiwan.

“Our original plan was that I would accompany him to Taiwan,” said Peter Koon, an Anglican clergyman who frequently visited Chan in prison, adding that he would have been sent directly from custody to the city’s airport.

Taiwan maintains the death penalty for murder, but Koon said Chan was unlikely to get that if he voluntarily surrendered. The plan was aborted, however, when Taiwanese authorities said he would not be allowed to enter the island as an ordinary visitor.

Relations between Taipei and Beijing have deteriorated since the 2016 election of President Tsai Ing-wen, whose party refuses to accept that Taiwan is part of “one China”.

Taipei had asked to be able to send personnel to Hong Kong to collect Chan — and some relevant evidence — but this was rejected by Hong Kong authorities who called the request disrespectful and “totally unacceptable”.

Authorities in both Taiwan and Hong Kong have accused each other of placing politics above justice. Even though Hong Kong has its own legal system, Beijing does not want the territory to have any official bilateral relationship with Taiwan.

China views self-ruled Taiwan as a renegade province which will eventually be unified with the mainland, by force if necessary, after the two sides split in 1949 after a civil war. Relations between Taipei and Beijing have deteriorated since the 2016 election of President Tsai Ing-wen, whose party refuses to accept that Taiwan is part of “one China”.

Read more: Murderer who triggered Hong Kong protests ready to give himself up

Hong Kong security chief John Lee said Wednesday that having completed his sentence, Chan was now a “free man”. “The government has no right to impose any compulsory measures on him,” said Lee, who urged Taiwan not to set up hurdles stopping Chan from turning himself in.

“If justice was not served, Taiwan needs to shoulder all responsibility,” he said.

Taiwan’s Mainland Affairs Office (MAC) said Hong Kong’s should bear all the consequences for rejecting their request, but later issued a statement saying the country’s Criminal Investigation Bureau had “set up a channel” for Chan to contact them.

“If Chan wants to come to Taiwan to face trial, he can use the channel for relevant arrangements,” the MAC said.

AFP - 7 May 2021
All three countries are fighting their own pandemic surges, which Red Cross leaders have described as a "human catastrophe".

Turkey and China tie themselves in knots over Syria and Xinjiang