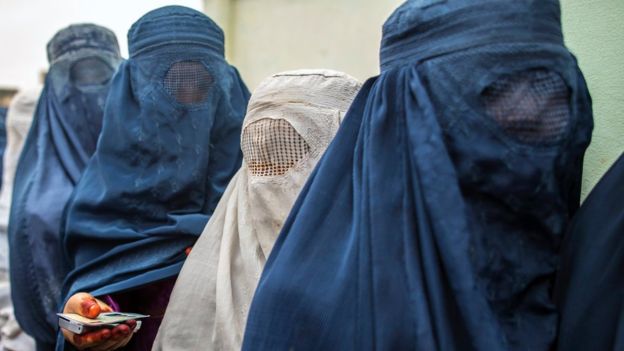 The kingdom of Morocco, a Muslim country with population of 34 million people has banned the sale and production of burqas. The Moroccan media reported that, the Interior Ministry issued written warnings to shopkeepers. The interior ministry has stated the ban is due to security concerns. The ban will cover only full-face covering burqa, purportedly, due to gangsters repeatedly using this to hide themselves when carrying out their crimes.

The ruler of Morocco, King Mohammed VI, favours a moderate version of Islam. Morocco is considered a moderate Muslim nation, where most women only wear headscarves and do not cover their faces.  The Niqab, which only leaves area around the eyes uncovered, is only found in some outlying conservative regions of country.

Morocco is a moderate Muslim nation where most women only wear headscarves and do not cover their faces.

The Le360 news site quoted a high-ranking Interior Ministry official as saying, “We have taken the step of completely banning the import, manufacture and marketing of this garment in all the cities and towns of the kingdom”.

Morocco World News reported that a representative of Interior Ministry circulated a picture online of a notice to shopkeepers to tell them that their burqa stock will be confiscated if they do not liquidate or convert it within 48 hours. The notice said

“following the observations of the authorities, we notice that you sell burqas – so, we are calling on you to get rid of the products of this outfit within 48 hours and to refrain from selling it in the future.”

This order will take effect this week.

The country, itself is split over the move to ban the burqa.  While, law maker and former family and social development minister, Ms Nouzha Skalli welcomed the ban as “an important step in the fight against religious extremism”. It has been condemned by religious groups.

Morocco itself is split over the move to ban the burqa.

The right wing islamist, Sheikh Hassan Kettani wrote on facebook, “Is Morocco moving towards banning the niqab that Muslim women have worn for five centuries?” Kettani’s family have been preachers in Morocco for generations. They claim to have roots that go back as far to Hassan, the grandson of the Prophet Muhammad. Another preacher, Hammad Kabbaj, who was barred from standing in parliamentary elections in October 2016, over his alleged ties to extremism, also rejected the ban as ‘unacceptable’ and mocked the government for allowing women in bikinis on beaches but having an issue with burqas.

However, the religious right have found unlikely allies against the decision – the liberals. The Northern Moroccan National Observatory Development said that, “arbitrary decision that is an indirect violation of women’s freedom of expression and wearing what reflects their identities or their religious, political or social beliefs”.

The full face burqa has been a political issue in major European countries for several years now. Last year, France even banned the wearing of the Burkini in several cities and in December, Angela Merkel disappointed liberals in her own country by calling for a ban on the burqa.

A tale of Miss Universe & a little Indian girl