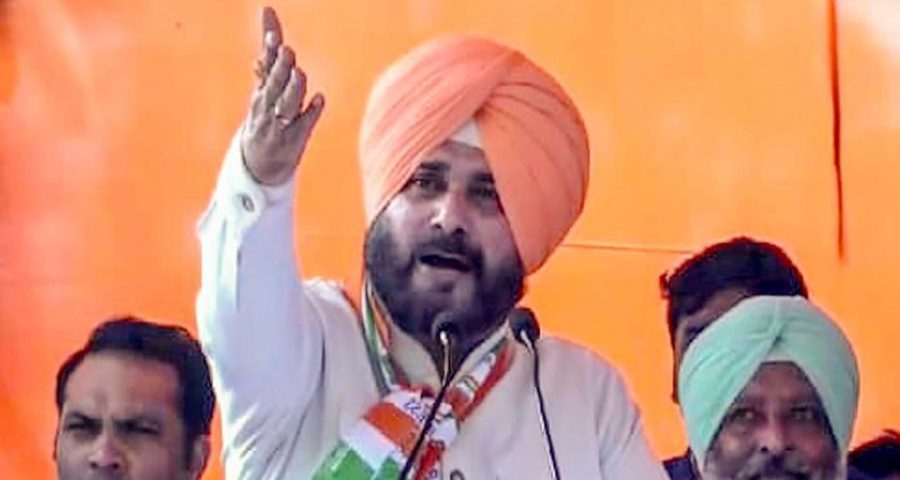 He said, “Do not consider yourself as being in a minority. You constitute the majority here. You make up about 64 percent of the total population in the constituency. If you get united, you can uproot Modi from Delhi.”

Commenting on the political agenda of the All India Majlis-e-Ittehadul Muslimeen, Sidhu warned the Muslims of Bihar, “Do not fall into the trap laid down by people like Owaisi (the president of All India Majlis-e-Ittehadul Muslimeen). They have been propped up by the BJP.” The Congress politician urged the Muslims of Bihar’s Katihar Lok Sabha seat, “Recognize your strength and vote en bloc to defeat Prime Minister Narendra Modi.”

The party might have once played a role in the freedom movement but now it is known for encouraging ‘tukde tukde gang’ and is seeking evidence of the valor of soldiers.

Earlier this week, while addressing a rally in India’s state of Gujarat, Navjot Singh Sidhu had labelled Narendra Modi as the “biggest liar” and said, “Indian PM Narendra Modi only works for the wealthy people.” Commenting on the fact that Mahatma Gandhi, the father of the Indian nation, was also from Gujarat, Sidhu noted, “I am surprised that the very land of Gujarat which gave us Mahatma Gandhi, has also produced a prime minister (Modi) who is the biggest liar”.

The Congress Minister in Punjab went onto accuse Prime Minister Modi of lying to the Indian people with his promises of providing 20 million jobs each year.

Sidhu’s remarks to the Muslim voters of Bihar were strongly condemned by the BJP leadership, which has demanded the Indian election commission to take “Suo Motu cognizance” of what they are terming as a “reprehensible act”.

BJP’s official spokesperson Ravi Shankar Prasad responded to Sidhu’s comments, “It is in the Congress’ DNA to divide the people. The party might have once played a role in the freedom movement but now it is known for encouraging ‘tukde tukde gang’ and is seeking evidence of the valor of soldiers.”

Analysis: Are Chaudhry brothers going to part ways with the PTI government?