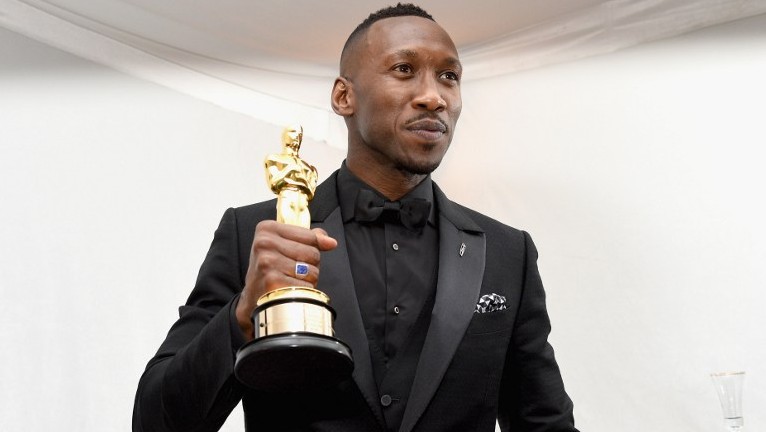 Muslim convert Mahershala Ali has won the best supporting actor Oscar on Sunday for his role played in ‘Moonlight’ as a drug dealer. He is the first Muslim film star to get the coveted Golden statue in the film industry.

“I want to thank my teachers, my professors,” Ali said. “One thing that they consistently told me… ‘It’s not about you. It’s about these characters. You are a servant. You’re in service to these stories and these characters’.”

The 43 actor, Ali was nominated for the first time for the prestigious Oscar and beat off competition from other veteran US actors Jeff Bridges and Michael Shannon, and   Britain’s Dev Patel, and another newcomer Lucas Hedges.

He thanked his fellow cast members — and his wife, who gave birth to their first child, a baby girl, just days earlier.

The movie, “Moonlight” tells the life story of a young African-American struggling to find his place as he grows up in a rough neighborhood of Miami.

He has a brief role in the movie, but has received much acclaim for his performance as a drug dealer, Juan, who imparts life lessons to his protagonist Chiron that help him survive in prison and in the outside world.

Ali, is a Muslim convert since 1999, joined the minority Ahmadiyya Community, seen as heretical and non-believers by other Islamic sects, in 2001. Ironically, the only Noble Prize winner in Physics, recognized as Muslim by the world, Dr Abdus Salam, a Pakistani, is also considered heretical.

Earlier Muslims have won Oscars in various categories over the years — including recently, Pakistani documentary filmmaker Sharmeen Obaid-Chinoy and feature director Asghar Farhadi — but none has taken the Golden statue for acting.

Ali recently told Britain’s Radio Times magazine that he discovered he was on an FBI watchlist after the September 11, 2001 attacks.

read more: Assaults against US Muslims at highest levels since 9/11

“If you convert to Islam after a couple of decades of being a black man in the US, the discrimination you receive as a Muslim doesn’t feel like a shock,” he said.

“I’ve been pulled over, asked where my gun is, asked if I’m a pimp, had my car pulled apart. Muslims will feel like there’s this new discrimination that they hadn’t received before — but it’s not new for us.”

Jinnah: great film to watch for facts on Indo-Pak partition