Myanmar: A flawed investigation into human rights abuses against muslims 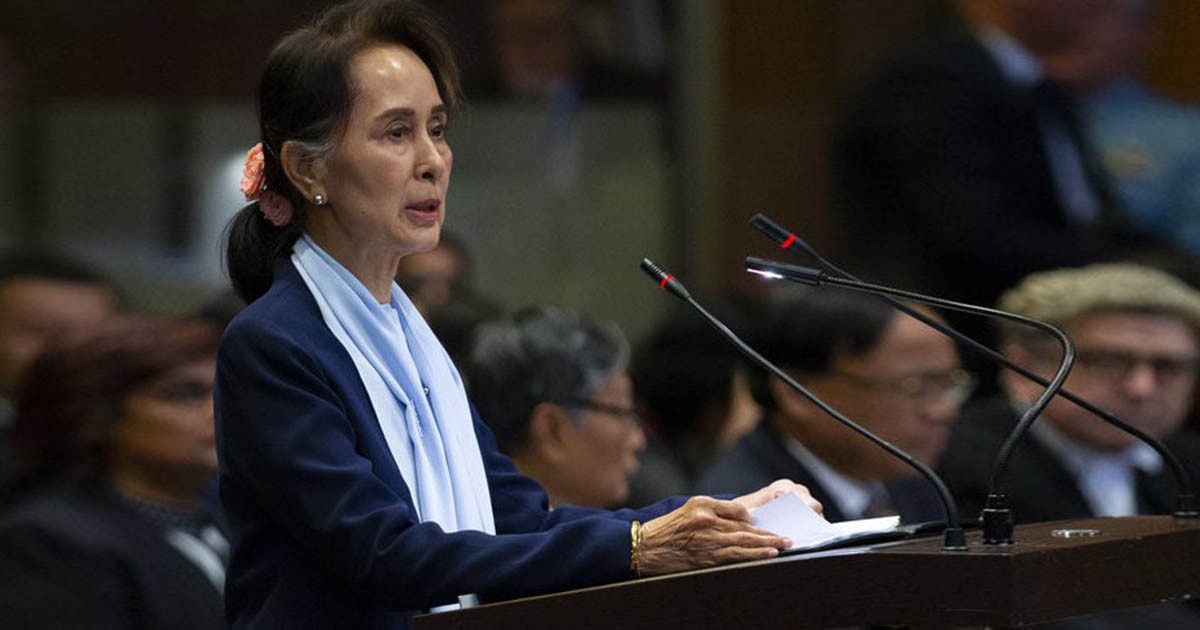 A Myanmar-appointed panel concluded Monday that some soldiers likely committed war crimes against its Rohingya Muslim community but the military was not guilty of genocide, findings swiftly condemned by rights groups.

The “Independent Commission Of Enquiry (ICOE)” released the results of its probe just ahead of a ruling Thursday by the UN’s top court on whether to impose urgent measures to stop alleged ongoing genocide in Myanmar.

It conceded some security personnel had used disproportionate force and committed war crimes and serious human rights violations, including the “killing of innocent villagers and destruction of their homes”.

But the crimes did not constitute genocide, the panel decided.

#Myanmar Independent Commission of Enquiry, NOT credible: it collaborated with #AungSanSuuKyi and her Genocide Defence LegL Team at #ICJ. Leena Ghosh is a linchpin (in pictures, with Commission Chair Rosario Manao in #Bangladesh & behind SuuKyi at ICJ) https://t.co/CO8PjUZREJ

“There is insufficient evidence to argue, much less conclude, that the crimes committed were undertaken with the intent to destroy, in whole or in part, a national, ethnical (sic), racial or religious group.”

Military operations from August 2017 forced about 740,000 Rohingya to flee over the border into sprawling camps in Bangladesh.

Buddhist-majority Myanmar has always maintained the crackdown by the armed forces, or Tatmadaw, was justified to root out Rohingya insurgents after a series of attacks left a dozen security personnel dead.

But refugees carried consistent accounts of widespread murder, rape, torture and arson with them and have so far largely refused to return for fear of their safety.

This is the furthest any Myanmar investigation so far has gone in accepting atrocities occurred.

But Burmese Rohingya Organisation UK (BROUK) dismissed the findings as a “blatant PR exercise” to deflect attention from the International Court of Justice’s ruling.

The report seems to scapegoat individual soldiers rather than place responsibility on the military command, said Phil Robertson from Human Rights Watch, calling for the immediate release of the full report.

“The entire ICOE investigation, including its methodology and operations, has been far from transparent,” he said.

Myanmar’s civilian leader Aung San Suu Kyi last month personally went to The Hague to argue her country was capable of investigating any allegations of abuse.

She also warned the case, brought against Myanmar by West African nation The Gambia, could reignite the crisis.

If the court rules in The Gambia’s favour, this would be just the first step in a case likely to take years.

Myanmar also faces other legal challenges over the Rohingya, including a probe by the International Criminal Court — a separate war crimes tribunal — and a lawsuit in Argentina which notably alleges Suu Kyi’s complicity.

Previous articleIran at the crossroads: Internal challenges vs. Regional ambitions
Next articleIndia’s newly inducted Su-30MKI fighter jets believed to be of no match for PAF’s JF-17

19 June 2021
Previous articleIran at the crossroads: Internal challenges vs. Regional ambitions
Next articleIndia’s newly inducted Su-30MKI fighter jets believed to be of no match for PAF’s JF-17