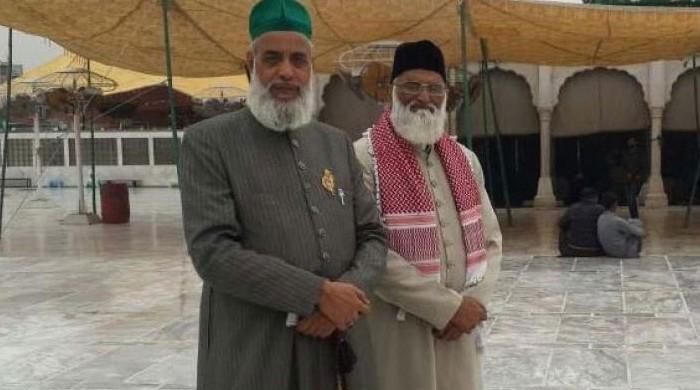 According to Amir, son of Asif Nizami, his father was visiting Pakistan after 35 years and the two had plans of meeting Asif Nizami’s sister who is currently residing in Karachi. A Pakistani representative stated otherwise explaining, that the duo was considered suspicious as they had been visiting their relatives at Sanda area of Lahore every few months.

Read more: Pakistan: Terrorism at Lal Shahbaz Qalandar Shrine; What does it mean?

Over the past, several Khadims have traveled from India to Pakistan and vice versa, as a visitor to Delhi’s Nizamuddin Auliya shrine and Data Darbar in Lahore. The Nizamis had initially visited Pak Patan Sharif’s Shrine of Baba Farid, on March 13, which is located a few hundred kilometers from Lahore and had then traveled to the Data Darbar.

The concerned families have reported to the Hindustani media that the duo was set to return to India on the following Thursday. It was reported that while on their way to meet Asif’s sister, in Karachi, Asif himself was allowed to board the plane while Ali was detained as he had incomplete documents. Ever since the issue has come up, there has been no official plea made by the Indian representatives. However, the Indian sources have outlined that Pakistani law enforcements have held the two on charges of being involved in “suspicious activities”. They further present that the whereabouts of the two have not been disclosed as yet.

After the duo went missing on Wednesday a request was reportedly filed to Nafees Zakaria who is a foreign Office spokesperson pertaining that the clerics be located. The request was consequently forwarded to the interior ministry.

Earlier, the Indian External Affairs Minister Sushma Swaraj posted a set of tweets highlighting that New Delhi had taken up the matter to the concerning authorities in Islamabad. Fascinatingly DIG operations Lahore, Dr Haider Ashraf, stated that no official complaint had been filed by the Indian embassy or any individual in particular and therefore, the matter could not be thoroughly investigated until then.

We have taken up this matter with Government of Pakistan and requested them for an update on both the Indian nationals in Pakistan./4

While the whereabouts of the two clerics is still a mystery, the Indians have made repeated claims that they have been “detained by intelligence agencies.”  On the contrary of this, the possibility of the Nizami’s being captured by a militant organization is also being presented which holds no formal proof at the moment.

Sexpionage against accountability in Pakistan

Will the US be Attending the Afghan Conference in Moscow?