The country’s apex anti-graft watchdog National Accountability Bureau (NAB) is often subjected to unfounded stricture by those people against whom it takes action or aspires to take action. However, the author details achievements by NAB under the chairmanship of Justice Javed Iqbal which prove the institutions success. 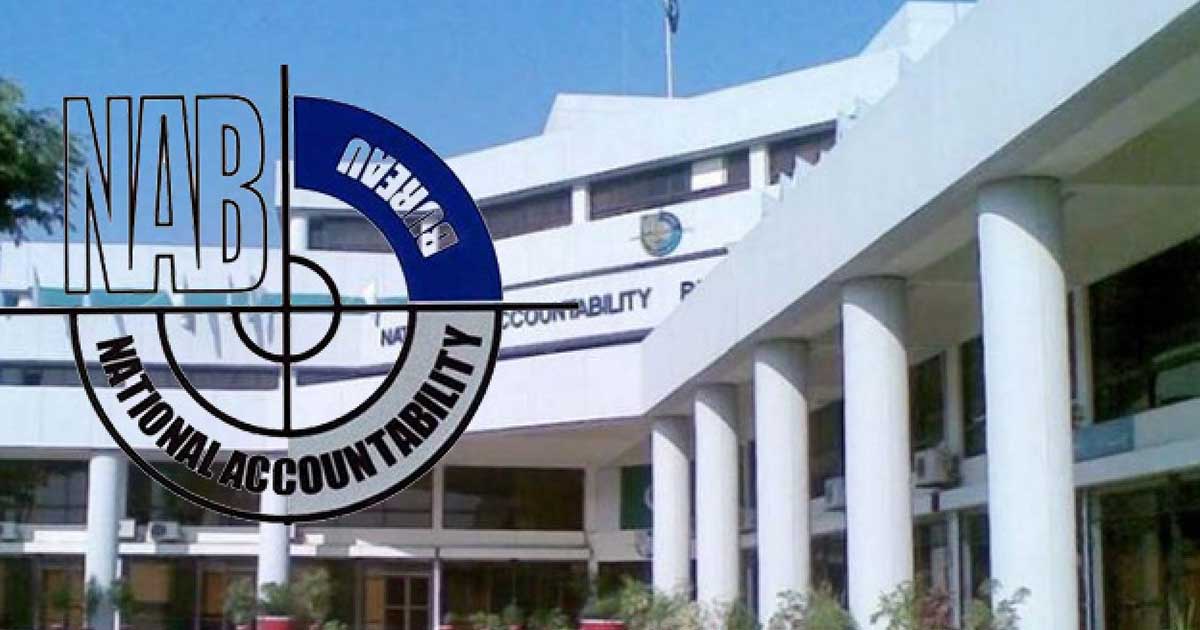 The country’s apex anti-graft watchdog National accountability bureau (NAB) is often subjected to unfounded stricture by those people against whom it takes action or aspires to take action. These corrupt elements of society always strive to undermine its performance by apportioning different sorts of baseless allegations.

Sometimes, it is alleged to have undertaken a lopsided policy of which-hunting aimed at muzzling the dissention; sometimes, it is dubbed as a marionette of the government that uses it to achieve its political gains and sometimes, the moral character of the head of the institution is assassinated in order to weaken him morally and thereby attenuate his resolve to go after the plunderers of national kitty.

This hue and cry and Machiavellian plan orchestrated against the country premier’s anti-corruption institution by the venal segment of our society for rendering it spineless vividly suggests that the institution is functioning properly and unprecedentedly.

Chairman NAB also devised an effective three-pronged anti-corruption strategy of awareness, prevention and enforcement immediately after assumption of his responsibilities which was acknowledged as the most effective anti-graft strategy ever devised

It is an undeniable fact that NAB is living up to the expectations of the nation. Never has it happened in the history of Pakistan that mighty people like former Prime Minister Nawaz sharif & the former President Asif Zardari were incarcerated under charges of corruption in the wake of references filed by NAB. The credit goes to the Chairman NAB Justice Rtd Javed Iqbal under whose dynamic leadership NAB has strengthened and rejuvenated.

Since NAB has tightened the noose around unscrupulous elements of the country, they too are leaving no stone unturned to eclipse its credibility and achievements through varied ways and means. Recently, a report by Transparency international (TI) was used to point fingers at the performance of NAB. Some media persons, by misquoting the figures, tried to mislead the masses.

However, such misconceptions were later cleared by Chairman of TI Pakistan Mr. Sohail Muzafar, who stated that ”its recently-released report did not state that corruption had either increased or decreased in Pakistan. The NGO blamed certain sections of the media and politicians for misquoting facts to damage the reputation of Pakistan”. He added, “lowering of Pakistan Score by one does not reflect any increase or decrease in Corruption as it is within the standard margin of error which is 2.46%”.

Inter alia, he added that “a number of politicians, TV channels and newspapers have misreported the CPI [Corruption Perceptions Index] report, and given false figures, trying to damage the reputation of Pakistan.”

Read more: Chairman NAB promises not to rest until Pakistan is Corruption Free

He also lauded the efforts taken by NAB to curb corruption. He said that NAB under the current leadership of Justice Javed Iqbal has performed much better, and has been rejuvenated after taking various initiatives including the Combined investigation Team (C T) system, in order to have collective wisdom in the conduct of inquiries/investigations on merit which is lending quality. NAB has collected Rs. 153 billion from corrupt elements, filed 530 references and its overall conviction ratio in Accountability Courts is about 70%. Besides that, NAB’s effective media campaign increase awareness about ill effects of corruption are commendable.

NAB has undoubtedly shown phenomenal progress ever since Justice Javed Iqbal assumed its chairmanship. Due to his indefatigable efforts, Pakistan is now considered a role model for South Asian Association for Regional Cooperation Countries (SSARC) in the eradication of corruption. Pakistan is the first Chairman of SAARC Anti Corruption Forum which is also a great achievement for Pakistan.

In addition, NAB’s Awareness Strategy about the ill effects of corruption has also been applauded by World Economic Forum in its Global Competitive Index Report of World Economic Report 2019, which is an honor for Pakistan and the bureau itself.

Furthermore, reports and surveys of different reputable national and international organizations like PILDAT, Mishal Pakistan, Transparency International, World Economic Forum and Gallup and Gilani survey – in which 59 percent people have shown their confidence on NAB’s performance – testifies people’s confidence and trust upon NAB’s performance across the board as per law.

In order to improve the institution’s performance, Chairman NAB also devised an effective three-pronged anti-corruption strategy of awareness, prevention and enforcement immediately after assumption of his responsibilities which was acknowledged as the most effective anti-graft strategy ever devised.

NAB chairman considers elimination of corruption as his top most priority. His policy is ‘accountability for all’ that he has worked towards. NAB, under the leadership of Justice Javed Iqbal, has recovered record Rs. 326 billion from corrupt elements after completing legal formalities, deposited the amount collected in the national exchequer, and not a single penny has been received by a NAB official. Priority is being given to recover the looted money after logical conclusion of mega corruption cases.

Read more: Will NAB be able to defend cases against Zardari & Sharif?

Under his efficient leadership, NAB has redoubled its efforts to deposit the looted money into national exchequer. Excellent results of the institution’s awareness, prevention and enforcement policy have already started pouring in as prestigious national and international institutions have eulogized its performance.

The most outstanding part of Justice Javed Iqbal’s endeavor is that he made the registration of complaint process very easy. He himself listens to the complaints of aggrieved people on the last Thursday of every month. The Chairman has addressed over 3,000 complaints after personally listening to people in his office. This increased peoples’ confidence in the bureau. The bureau had received 44,315 complaints last year, which were double as compared to the year before. As many as 600 people were arrested by NAB, whereas 590 corruption references have been filed in various accountability courts during the present management of NAB, which is a record achievement.

Furthermore 1,210 corruption references representing a looted amount of Rs. 900 billion are also under trial in different accountability courts. The conviction ratio of culprits is 70 percent which is proof of the institutions excellent performance.

The chairman has addressed over 3,000 complaints after personally listening to people in his office. This increased peoples’ confidence in the bureau. The bureau had received 44,315 complaints last year, which were double as compared to the year before

NAB has also taken strict action against illegal housing societies as per the law. It has recovered life earned looted money from these societies and returned it to those effected.

NAB under the patronage of Justice Javed Iqbal has also introduced reforms in its operation and prosecution divisions where investigation officers are being trained to enhance their capabilities to investigate white collar crimes on modern lines. They are being trained at police college Sihala. The performance of investigation and research wing would further improve after the induction of trained officers, besides improving transparency and increasing professionalism.

NAB has also introduced a quality grading system for evaluating the annual performance of its officers. Under the system, the officers are informed about their merits and demerits and directed to remove any shortcomings. The bureau has made an effective monitoring and evaluation system which improved its overall functioning.

Additionally, it has established a forensic laboratory in Islamabad which has modern facilities available including digital forensic, finger prints, documents etc. The basic aim of establishing this forensic laboratory was to equip it with modern gadgets and improving inquiry and investigation facilities of the bureau, saving time and ensuring secrecy of its workings.

Besides that, NAB’s pro-active policy of creating awareness about the ill effects of corruption among the masses is also praise-worthy. Today, it is the only organization that has established 55 thousand Character Building Societies of students throughout the country. Due to this reason, today eradication of corruption is the voice of the whole nation and NAB under the productive guidance of Justice Mr Javed Iqbal is working hard to live up to the expectations of the nation.

To cap it all, we as a nation must lend unwavering support to country’s apex anti-corruption watch dog (NAB). Corruption is the mother of all vices and unless it is terminated, our country will never be able to garner socio-economic development. Propaganda warfare launched against NAB by the unscrupulous syndicate of our country should never be countenanced and should be countered by highlighting the achievements of the institution. In case we fail to strengthen this institution, the dream of a corruption free Pakistan would remain elusive and the crookedness would keep eviscerating the very foundations of our beloved homeland.

Previous articleBritain leaves the EU – then what?
Next articleCoronavirus can be treated with cow dung and urine: Indian leader

19 September 2021
Previous articleBritain leaves the EU – then what?
Next articleCoronavirus can be treated with cow dung and urine: Indian leader

“Give me three months before you criticize the government,” PM Khan asks media

Pakistan’s culture of Politics thrives on the many Nihal Hashmis

Has There Been Shift In PTI’s Policies: Benefiting Powerful Elite rather than Common Man