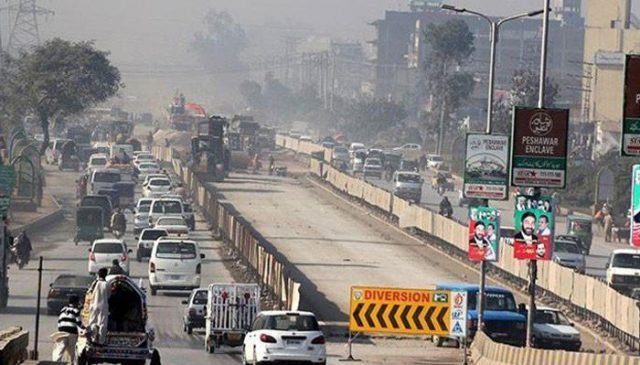 Justice retired Javed Iqbal, Chairman National Accountability Bureau (NAB) on Friday ordered an inquiry into the alleged corruption in the Bus Rapid Transit (BRT) project and non-completion of the mega project within stipulated time, which led to increase in its estimated cost.

According to latest reports, Justice Javed ordered the DG NAB, Khyber Pakhtunkhwa (KPK) to conduct an inquiry to find out why the estimated cost of the project has increased to Rs64 billion from initial estimates of Rs49.36 billion.

Chairman NAB reiterated that the accountability bureau would continue playing its role in ensuring judicious utilization of national money and elimination of corruption from the country as per law.

The NAB KP had earlier started complaint verification regarding the project and had sought relevant record from the KP government.

A bench of the Peshawar High Court headed by Chief Justice Waqar Ahmad Seth had already ordered the NAB to conduct an inquiry till Sept 5 regarding different issues related to the BRT project, including the delay in its completion, cost escalation and award of the contract to a firm which was allegedly black-listed in Punjab.

The delay in the completion of BRT project has caused massive problems for the commuters in Peshawar.

Hence by comparison, the cost of the Peshawar metro bus is estimated to be almost double the cost of Lahore metro bus project; something that the PTI has conveniently blamed on the 20 percent increase in the cost of the project on market rate system.

Asad Umar and Imran Khan have been very vocal about how the metro buses are not needed in this country and are a complete waste of resources; not to mention their blatant insistence upon PML-N being corrupt regarding the project.

The initiation of NAB probes against BRT is a massive blow to Imran Khan. However, these investigations are expected not to hamper PTI’s election campaign since they have been initiated only days before the general election 2018.

The judiciary is not part of any ‘planning’ or for derailing democracy: CJP

Why is the Iranian government opening the world’s biggest bookstore?