The National Accountability Bureau has decided to freeze Shehbaz Sharif’s assets in light of his failure to satisfy the NAB investigation team in cases pertaining to illegal assets beyond his means, the Ashiana Housing Scheme scam, and money laundering amongst others. 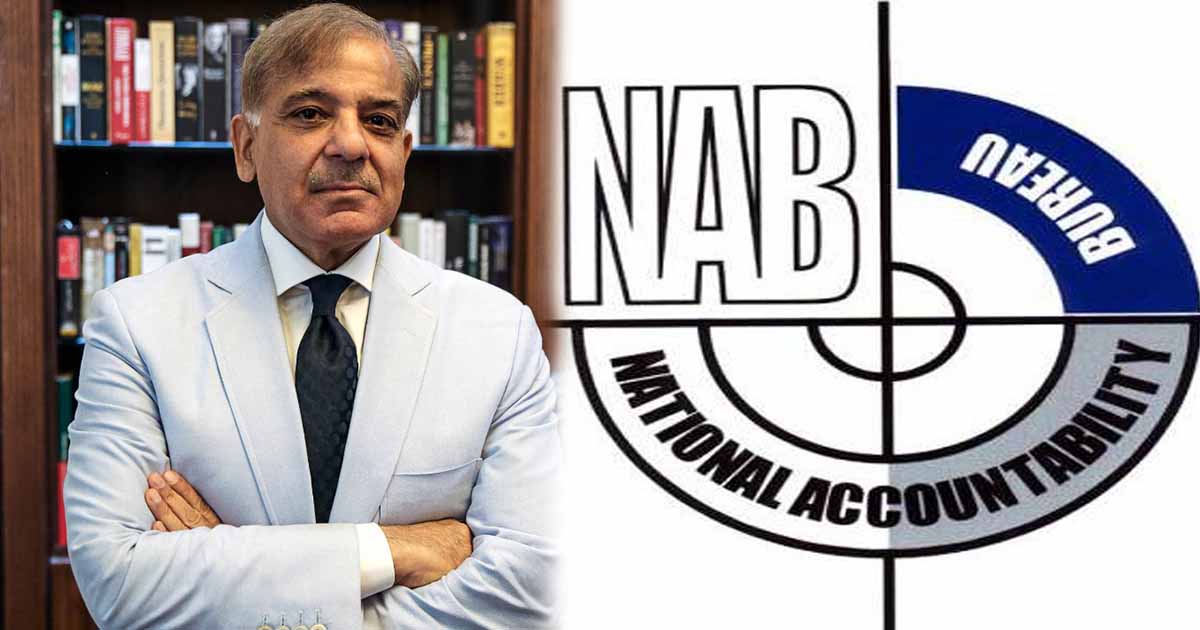 The National Accountability Bureau (NAB) has announced the decision to freeze properties of Pakistani Muslim League-Nawaz (PML-N) President and Leader of the Opposition, Shahbaz Sharif in a case concerning illegally accumulated assets.

Sources reveal that the top accountability watchdog has initiated the process of freezing Sharif’s assets, and will be writing to multiple departments for cooperation, including taxation, excise, revenue and district governments.

NAB’s decision was ushered in after David Rose, a senior investigative journalist for British publication Daily Mail exposed Shahbaz Sharif’s involvement in embezzling and laundering the funds provided by the UK taxpayers to provide relief to earthquake victims in Pakistan. The UK government had dispatched millions of dollars’ worth of aid, and Rose’s report indicates that a significant chunk went into the bank accounts of Shahbaz Sharif’s wife, children and son-in-law.

In a statement he recorded with the NAB, Fawad Hassan claimed that Nawaz Sharif had awarded a contract in the Ashiana Housing scheme to his “favorite firm”, acting upon instructions by Shehbaz Sharif.

David Rose conducted detailed interviews with multiple key witnesses in jail, including Aftab Mehmood, a UK citizen who claimed to have laundered millions of pounds for Sharif’s family from an office in Birmingham. The Daily Mail story added that the investigators were adamant that a sizeable amount of the allegedly laundered money is traced back to the Department for International Development (DFID)-funded aid projects.

Reports reveal that the Financial Monitoring Unit of the NAB identified a questionable transaction, and upon following the money trail of this transaction, multiple evidences of money laundering were discovered. The investigator revealed that Shehbaz allegedly employed front-men to cater to his money laundering endeavors. Sources reveal that Shehbaz and his family members had fake bank accounts and telegraphic transfers (TTs) for money laundering, and fake agreements were signed in an attempt to cover their tracks.

Earlier on 5th October 2018, NAB had arrested Shehbaz Sharif in a case involving the Ashiana-e-Iqbal Housing Scheme scam. However, the scam triggered yet another inquiry against the leader of the opposition in the National Assembly for illegally awarding contracts to his chosen firm, and owning assets well beyond his established income sources.

Sources within the anti-corruption watchdog revealed that during the investigation pertaining to the Ashiana scheme scam, Shehbaz Sharif had claimed that all financial matters were handled by his son, Salman Shehbaz.

The National Accountability Bureau launched a case pertaining to illegally accumulated assets against Salman Sharif, and a committee was established to lead the investigation. As the investigation progressed, on 27th October 2018, the NAB decided to launch an inquiry against the former Punjab Chief Minister.

The principal secretary of former Prime Minister Nawaz Sharif, Fawad Hassan Fawad, emerged as an approver within the case filed against Shehbaz. In a statement he recorded with the NAB, Fawad Hassan claimed that Nawaz Sharif had awarded a contract in the Ashiana Housing scheme to his “favorite firm”, acting upon instructions by Shehbaz Sharif.

The NAB has decided to freeze Shehbaz Sharif’s assets as Shehbaz and his family failed to cooperate with the investigators assigned to his case.

The accountability watchdog maintained that the contract for the Ashiana housing scheme had been legally won by Chaudhry Latif and Sons, a construction company, however, Sharif cancelled this contract and awarded it to the Lahore Casa Developers-an intermediary of the Paragon City (Pvt) Limited, which has been revealed to be under the ownership of former Railways Minister Saad Rafique.

To facilitate the investigation, NAB arrested some suspects, including the Opposition leader in the Punjab Assembly and Shehbaz’s son, Hamza Shehbaz. Some of the suspects divulged that they had been performing as per the instructions received from the Sharif family members. Later, the NAB arrestee Mushtaq Chini, agreed to become an approver against Shehbaz Sharif.

The National Accountability Bureau dispatched questionnaires to the wives, daughters and other family members of Shehbaz Sharif, requiring details about their assets, properties and businesses. However, in light of the recent revelations, the NAB has decided to freeze Shehbaz Sharif’s assets as Shehbaz and his family failed to cooperate with the investigators assigned to his case.