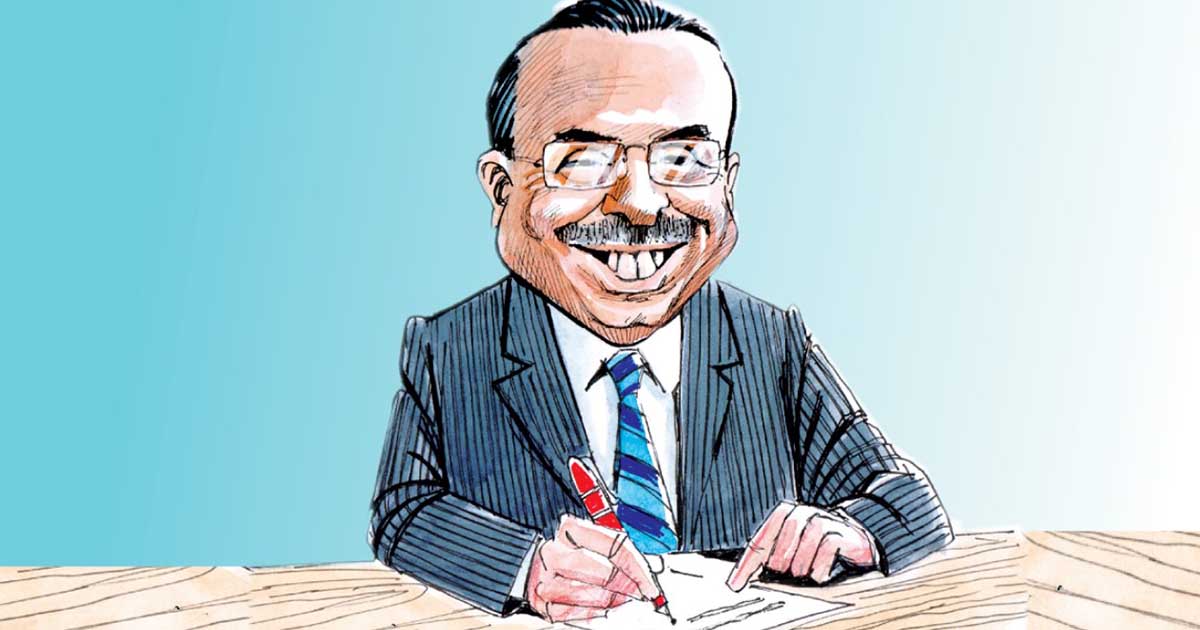 The former president Asif Ali Zardari said on Monday that either the National Accountability Bureau (NAB) or economy can function, adding they both can’t work together.

The ex-president while talking to media after a hearing in the accountability court in connection to the money laundering and fake bank accounts cases, shared his views on accountability, government, and the former prime minister Nawaz Sharif’s request for medical treatment abroad, among other things.

To the question, if the government would complete its tenure, Zardari smilingly said: “it doesn’t seem so.” Interestingly, when questioned if he would take part in Maulana Fazlur Rehman’s anti-government movement, Zardari simply said “Inshallah”.

On a question, if he would support former Prime Minister Nawaz Sharif’s request before the Supreme Court wherein he has sought court’s permission to go to United Kingdom for medical treatment, Zardari said if he [Nawaz Sharif] was in need of that then he should be allowed to go.

Earlier, the fake accounts case against former president Asif Zardari, his sister Faryal Talpur and others took a new turn on Monday when a third accused requested an accountability court to allow him to become an approver in the case.

Days after two women expressed their willingness to become approvers, the third accused, Sher Muhammad, has sought court’s approval to stand in the witness box rather than standing as an accused in the case.

The details emerged when Judge Accountability Court Arshad Malik took up the National Accountability Bureau (NAB)’s money laundering and fake bank accounts case against the Pakistan Peoples Party leaders and others. Both, Zardari and his sister, as well as several other accused, appeared before the court on Monday.

Islamabad’s accountability court has started hearing the cases after they were transferred from a banking court in Karachi upon the NAB’s request.

When the case was taken up, Sher requested the court that he be allowed to testify as a witness. To this, the NAB prosecutor informed the court that suspect’s application seeking bureau’s approval was received and being reviewing.

During the hearing, Judge Malik sought explanation over an accused Hussain Lawai’s absence from the courtroom. NAB prosecutor said the bureau had written to Sindh chief secretary twice seeking Lawai’s appearance in court but received no reply. The judge directed NAB to take up the matter with Sindh government.

On April 8, two women, Kiran Aman, and Noreen Sultan had also offered to become approvers in the case. The NAB prosecutor informed the court that the process on their application has not yet been completed.

IHC’s division bench comprising Justice Aamer Farooq and Justice Mohsin Akhtar Kayani granted extension in pre-arrest bail to Zardari and Talpur till May 15. During the hearing, the bench directed NAB prosecutor to inform the court about the total number of inquiries being conducted against Zardari and Talpur, after taking instructions from NAB authorities.

Strict security measures were taken in and around the court premises. A heavy contingent of police was deployed to prevent any untoward incident. Entry of unauthorized persons into the court premises was restricted and only media persons were allowed to go in the courtroom.

Zardari, Talpur, Omni Group’s Anwar Majid and his sons, and the former Pakistan Stock Exchange chairperson Hussain Lawai are among those being investigated in a case related to money laundering of billions through fictitious bank accounts.

In December 2015, the Federal Investigation Agency (FIA) initiated a discreet investigation into certain bank accounts through which multi-billion rupee transactions have been made after some information came to the fore when an intelligence agency picked up a prominent money changer in an unrelated case.

As per media reports, the investigators have so far identified 29 accounts which received payments, totaling at least Rs35 billion. The reports added that the probe was initially shelved but resumed almost a-year-and-a-half later with FIA’s State Bank circle initiating a formal inquiry in January 2018. By June, the FIA had several high-profile names on its list but was unable to make headway–for several reasons.

It was then the Supreme Court intervened and the then chief justice Mian Saqib Nisar took suo motu notice of the ‘slow progress’ in the money-laundering case. In July 2018, Zardari’s close aides Hussain Lawai, Taha Raza and two others were arrested. Subsequently, the first case was registered in the mega-corruption scandal.

Subsequently, the ex CJP Nisar had ordered the formation of a Joint Investigation Team (JIT), which identified 11,500 bank accounts and 924 account holders at the start of their investigation. After the JIT report, names of 172 individuals were placed on the no-fly list by the interior ministry.

In addition, over 20 ‘benami’ accounts at some private banks were opened in 2013, 2014 and 2015 from where transactions worth billions of rupees were made, the media had reported, adding that the amount is said to be black money gathered from various kickbacks, commissions, and bribes.

The case was transferred to the court in the capital after a Karachi banking court accepted NAB’s transfer request which came following the Supreme Court’s decision wherein the joint investigation team (JIT) report and evidence collected was referred to NAB for further investigations.