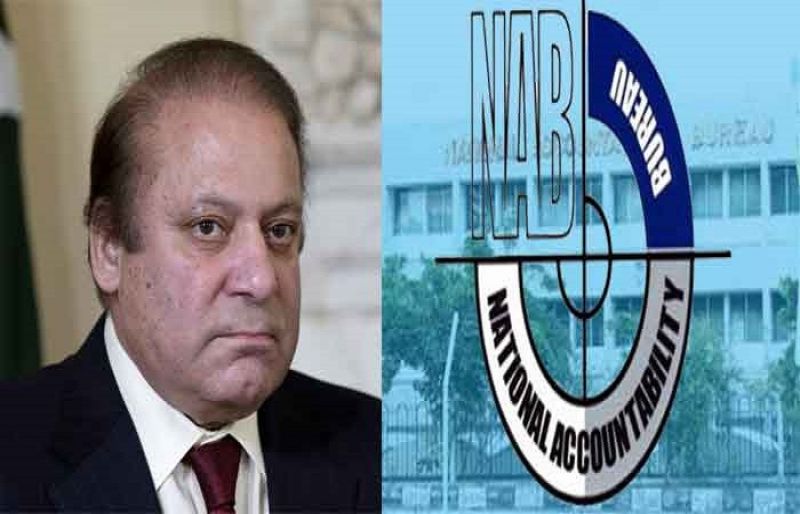 Ousted Prime Minister Nawaz Sharif and his sons, Hassan and Hussain, failed to appear before NAB officials in Lahore on Friday. The Sharif family scions were summoned by NAB in accordance with the July 28th verdict of the Supreme Court. NAB was ordered to file references against the Sharif clan after they failed to prove the legitimacy for their known wealth and assets during the two-months-long Panama JIT investigation.

Strangely, the accountability watchdog deputed officials from its Rawalpindi sector to Lahore in order to record statements of the Sharifs. Despite this royal protocol, Nawaz Sharif and his sons dismissed the summons. Nawaz Sharif’s legal team has since cited the review petition which they have submitted to the Supreme Court, praying for the NAB investigation to be stayed while the petition is heard, as grounds for the dismissal of the NAB summons. All legal experts are concurrent on the fact that this review petition, on its own, provides no vindication in law for spurning official summons unless acknowledged by the Supreme Court.

The GVS team was unable to find any such procedural code which required a two-week pause before NAB could re-issue summons to the subject of an investigation.

The ball has now landed in NAB’s court. Since Friday’s developments, media speculation as to what NAB will do has been bordering on hysteria with all notable analysts and anchors expressing their bewilderment at Nawaz Sharif’s snubbing of the nation’s premier law enforcement institution.

Late Friday evening, a NAB spokesperson issued a statement saying that summons would be issued again to the ex-Prime Minister and his sons after two weeks “as per procedure”. However, after extensive research and consultations with several legal experts and retired NAB officials, the GVS team was unable to find any such procedural code which required a two-week pause before NAB could re-issue summons to the subject of an investigation.

The National Accountability Ordinance (NAO) of 1999 grants NAB a broad range of authority to carry out its prescribed duty. Relevant laws, in this case, are: Article 19 of NAO which empowers the Chairman NAB (or any official of NAB delegated by him) to issue summons to any person named in a case; Article 24, which grants Chairman NAB the authority to arrest any individual refusing to cooperate with the investigation, and the Schedule of Offences (2) prescribes the maximum punishment of five years to any individual who refuses to provide the required information to NAB officials.

The law is clear. NAB can summon Sharif and his sons, NAB can arrest them if they do not respond to the summons, and if they refuse to provide the demanded information they may have to face imprisonment.

Since the law is clear, the only remaining question is: What is hindering NAB from carrying out its duties?

Twenty days have passed and it is still unclear if NAB will follow through with its promise. The current paradoxical nature of NAB’s state of affairs reveals the deeply rooted dysfunction in Pakistan’s institutional structure

NAB Chairman Qamar Zaman Chaudhry is perceived as a Nawaz loyalist, a fact acknowledged by Justice Asif Saeed Khosa who co-authored the Panama case verdict. When he appeared before the SC during the Panama case proceedings, the NAB Chairman stated that he believed the Hudaibiya Paper Mills case was without weight, a claim which has since then been debunked by the hard evidence uncovered by the six man JIT.

Furthermore, after the passing of the Panama case verdict, a representative of NAB assured the SC that the Hudaibiya Paper Mills case would be reopened in ten days of the verdict. Twenty days have passed and it is still unclear if NAB will follow through with its promise. The current paradoxical nature of NAB’s state of affairs reveals the deeply rooted dysfunction in Pakistan’s institutional structure which, many analysts believe, is being taken advantage of by Nawaz Sharif to escape the jaws of accountability.

It remains to be seen if the judiciary pursues the measures prescribed in the five-member Panama bench verdict with continued vigor now that pressure from the public and opposition parties has somewhat dissipated.

In a close call US and Russian naval ships nearly collided

Why is Nawaz Sharif not interested in helping Asif Ali Zardari?