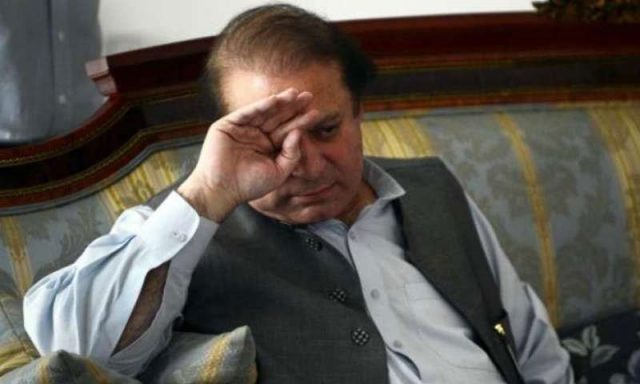 After scathing allegations of witch-hunting on the National Accountability Bureau (NAB) from Punjab Chief Minister of Punjab, Shehbaz Sharif and the incumbent PM Shahid Khaqan Abbasi – after bureau’s decision to probe the allegations against ousted former premier Nawaz Sharif – NAB has responded by issuing a clarification statement.

The anti-graft watchdog clarified that it was conducting the verification of the allegation as per law.NAB rejected the claims of the government of initiating a witch-hunt against any particular political party.

The press release stated that the Bureau initiated the inquiry based on a media report titled, “when will laundered money be returned” published in Daily Ausaf on Feb 1, 2018, written by Muhammad Tausif ul Haq Siddiqi.

Under the current environment of extraordinary scrutiny of the PML-N and its aides, NAB should have acted more vigilantly.

Media reports claimed that Nawaz laundered the $4.9 billion to the Finance Ministry of India, after which Indian foreign exchange reserves witnessed an increase while Pakistan reserves dwindled [and the economy suffered as a consequence]. Moreover, specific reference was made to the World Bank’s Migration and Remittance Fact Book Report 2016, alleging the money laundering.

According to this investigative report, the former PM Nawaz Sharif, the former Finance Minister Ishaq Dar, the former Governor of the State Bank of Pakistan, Ashraf Wathra and the former Deputy Governor SBP Saeed Ahmed, were allegedly involved in money laundering of the $4.9 billion from the country’s foreign reserves.

The newspaper article alleged that the above-mentioned individuals used a special agent – Saeed Ahmed, who transferred the aforementioned money to the Indian exchequer via Dubai. It was allegedly determined during a detailed audit of the SBP’s head office’s foreign currency reserves. In addition, the details were also published in the World Banks report titled “World Bank’s Remittances and Migration Report of 2016.”

Media reports claimed that Nawaz laundered the $4.9 billion to the Finance Ministry of India, after which Indian foreign exchange reserves witnessed an increase while Pakistan reserves dwindled [and the economy suffered as a consequence].

According to the section 18 – Cognizance of offences (c), “NAB, the chairman NAB, or an officer of the NAB duly authorized by him is of the opinion, that it is, or maybe, necessary and appropriate to initiate proceedings against any person, he shall refer the matter of inquiry or investigation.”

Moreover, according to section 19 – power to call for information, of NAB Ordinance 1999, “the chairman NAB or an officer of the NAB duly authorized by him may call for information from any person for the purpose of satisfying himself whether there has been a contravention of the provisions of this ordinance or any rule or order made thereunder.

“It may require any person to produce or deliver any document or thing useful or relevant to the inquiry,” says the sub-clause (b) of section 19. Therefore, NAB was spot on to investigate the high publicized reports in the media. However, prior to issuing the statement, it should have undergone a preliminary probe on the matter which was already settled down in 2016 after the SBP’s clarification.

The PM’s demand to summon NAB chairman Javed Iqbal in the Parliament, and to form a parliamentary committee to probe the matter, was opposed by the PTI. However, Mahmood Khan Achakzai supported the idea, and the PPP decided to respond later.

NAB is facing media scrutiny, after allegations of leniency towards the ruling PPP in Sindh. On top of it, Chairman NAB’s decision to publically call for an inquiry on a report published on February 1, 2018, has angered the government. Under the current environment of extraordinary scrutiny of the PML-N and its aides, NAB should have acted more vigilantly. NAB may have followed the rules but the timing of the decision, only months before the general elections, has sparked an outrage among the government ranks.

From the “Year from Hell” to “Year of Hope”?