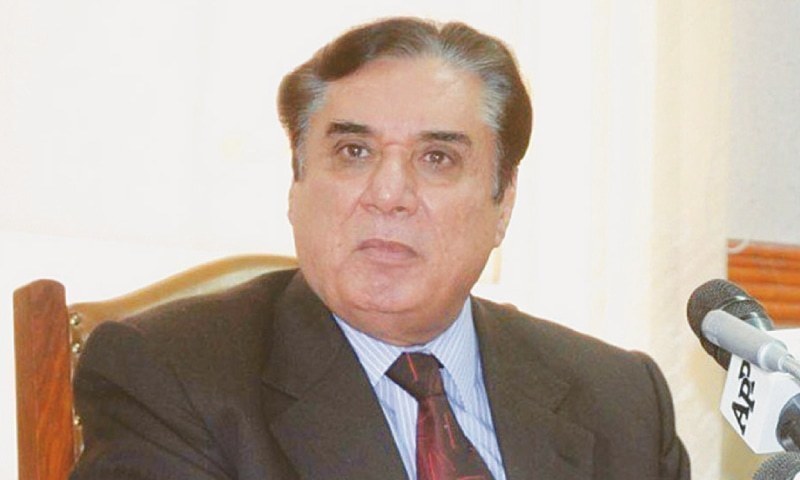 The National Accountability Bureau (NAB) has been accused of being lenient towards the ruling PPP in Sindh. Closure of NAB inquiries against PPP leaders in Sindh has put a question mark over the anti-graft watchdog’s slogan of ‘accountability for all.’ The National Accountability Bureau (NAB) is under severe criticism over allegations of foul play in Sindh, where the anti-graft watchdog has closed down the corruption inquiries against several influential individuals in Sindh, after claiming to not have found concrete evidence against them.

Some media outlets, senior anchorperson and the analyst, Kamran Khan in his program on Dunyanews, have alleged that NAB has closed illegal assets case against Mir Munawwar Talpur, husband of Faryal Talpur, despite having credible evidence against the accused. Similarly, inquiries against the influential lawmakers in Sindh which includes, the Home Ministers Sohail Anwar Siyal, and Owais Muzaffar along with the Law Minister Zia-ul-Hassan Lanjar, and the Excise Ministers Giyanchand Esrani, Mukesh Kumar Chawla, Ikram Dharejo, Pir Mazharul Haq and Ali Mardan Shah, were closed apparently under suspicious circumstances.

Moreover, the NAB officer investigating most of these inquiries was directly linked to the PPP and was made the spokesperson of NAB Sindh after the allegations surfaced in the media. He claimed that some cases were closed due to the lack of incriminating evidence. With this in mind, certain cases against PPP’s leaders in Sindh have not been closed.

In regard to the Mir Munawwar Talpur case, the spokesperson admitted that NAB Sindh had to initiate an inquiry against the accused on charges of accumulating sources beyond the means. However, after the intense scrutiny and probe of the highest order, the case was closed on December 21, 2016, since no evidence was found against him. NAB also acknowledged that case against Mr. Siyal is under process. Similarly, after the thorough investigation against Mr. Lanjar, a reference was filed in the accountability court. Therefore, some inquiries have been completed and closed due to the lack of evidence while others are ongoing. PPP’s information secretary, Nafeesa Shah also claimed that cases against the above-mentioned leaders were closed after the inquiries proved their innocence.

NAB has responded to these allegations to ensure its unbiasedness against the Punjab Government. However, the erroneous claims against Nawaz, over money laundering to India, have damaged the credibility and the reputation of the institute.   In an infamous interview, PPP’s chairman Zardari mocked and ridiculed NAB and stated that they [NAB] cannot dare to open any cases against him.

NAB went on to acquit Zardari in corruption cases along with other PPP senior leaders including the former PM Raja Pervaiz Ashraf, who were under NAB’s radar. Ashraf is currently facing eight references in accountability courts including rental power plant case. However, in October last year, an inquiry against him was closed down. Similarly, another former PPP PM, Yusuf Raza Gilani is facing accountability court on the illegal appointment of the former chairman of Oil and Gas Regulatory Authority, (Ogra)-Tauqir Sadiq. The former Sindh Information Minister, Sharjeel Memon was also indicted in the Rs5.76 billion corruption case on February 15, 2018. He was accused of awarding advertisements at exorbitant rates, regarding the Sindh Government’s awareness campaign in the electronic media. He colluded with certain advertising agencies and awarded contracts favor, violating the contract laws.

With this in mind, NAB faced severe criticism over the opening number of inquiries into the affairs of the incumbent government and bureaucrats linked with it.

Currently, NAB is investigating the ruling government over a number of corruption cases.  It has upped the speed of its investigation into the affairs of the incumbent government and has also decided to initiate an inquiry against the ousted Prime Minister Nawaz Sharif’s son-in-law, Captain (retired) Safdar for allegedly owning assets disproportionate to his income.

Similarly, on April 16, the anti-graft watchdog has also summoned Imran Ali, son-in-law of the Punjab Chief Minister Mian Shehbaz Sharif, to record his statement in connection with the Punjab government’s Saaf Pani Project Company (PSPC). However, he failed to appear in court.  On April 24, when he did appear in the NAB’s Lahore office, he remained at the regional headquarters for three-hours. Further to this, the senior PML-N leader, Khawaja Saad Rafique is facing a couple of cases in NAB in connection with the Paragon Housing Society scam and the Railway Land lease case. Even the former Prime Minister, Nawaz Sharif was delivered a summons notice for April 21 at his residence in Jati Umra, for allegedly using his power as the PM to construct a Raiwind Road from Ada Plot to Jati Umra. Nawaz failed to appear as he was in London to visit his ailing wife Begum Kulsoom. Consequently, NAB has decided to resummons the three-time former Prime Minister. After the arrest of Ahad Cheema, other high profile bureaucrats are also under the scanner.

NAB is probing the record of 56-companies in Punjab, a working under the incumbent CM. NAB, in March, quizzed the three senior bureaucrats of Punjab over the alleged ill practices in the public sector companies including Punjab Saaf Pani Company. The Principal Secretary to the Prime Minister (PM), Fawad Hassan Fawad – the blue-eyed boy of the ruling party who is considered very close to Nawaz – is also being questioned over the irregularities in awarding the contract of Ashiana Housing Society. Moreover, dozens of government officials are under arrest. NAB alleges that these officials are involved in fraud, embezzlement, corruption, and the misuse of authority in Ashiana Housing Society and PSPC, resulting in loss of millions of rupees to the government exchequer.

NAB must ensure ‘accountability for all’

PML-N has accused NAB’s extraordinary measures against the ruling family as pre-poll rigging.

There is no denying, after Qamar Zaman’s era – when NAB’s largely stayed in slumber –  the new chairman, Javed Iqbal has unleashed a new life into this soul-less institution. The surge in the NAB’s anti-corruption drive can be attributed to the appointment of Iqbal. Ever since his appointment, the agency has adopted a robust policy to eradicate corruption in the country.

In the wake of these allegations of selective justice, he must prove that NAB’s “sun is shining across the country, not just in Punjab.” Closure of NAB inquiries against the PPP leaders in Sindh puts a question mark over the over anti-graft watchdog’s slogan of ‘justice for all, accountability for all.’

CPEC: A Paucity of Planning by Pakistan