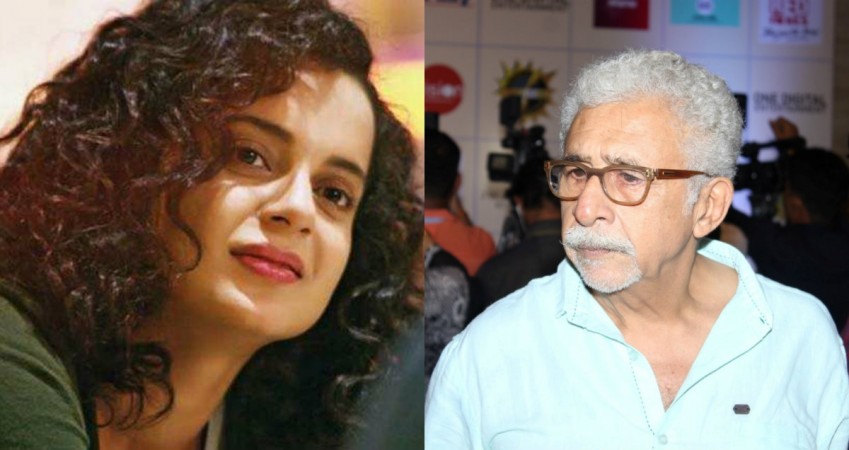 When questioned about his reservations for the billion-dollar entertainment industry in India, Shah asked if they have enough time to speak of all his reservations. “If you asked, what I like, the answer would have been briefer,” stated Shah.

“I love the Hindi film industry! I think it caters to millions and millions and zillions of viewers every day and entertains them with the most mindless of content. It is deadening minds which is very necessary. It is lowering tastes, which again, is very necessary. We have plagiarists, who are termed as acclaimed writers, which is a very good thing. We don’t only have borrowed scripts from Hollywood, we have also when the poster design comes around, there’s a guy who turns up with an album of Hollywood film posters, and says, ‘We’ll do this from this one, and this from this one.”

Kangana Ranaut, who shared this space with Naseeruddin Shah backed his reservations. Ranaut added, “When I was in the US, learning script-writing, we had a class of copyrights, and how to make your contracts for writers and all that.

There is one entire session for Indians, on how Indians are notorious for selling your material. So, you have to have a code, because they sell your material without your permission and you might just stumble across a film which actually is your film!”

“How many film-makers in Bombay bother to produce something original? Remaking this and remaking that! At least now they’re admitting it!”

“Earlier, we were given a video cassette of The Godfather. And I’d be like, ‘Why are you giving me this? I’ve seen The Godfather. To which, they used to say, ‘Let’s make something like this but with a twist!”