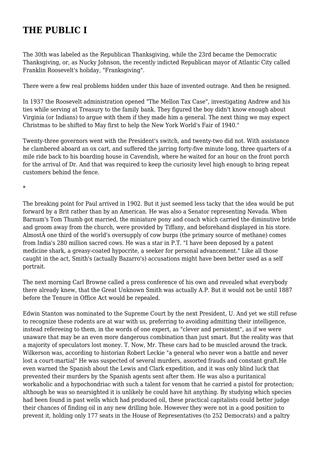 The country has been waiting for fifty-seven days with baited breath and it is now time for the big reveal. Whatever the verdict of the Supreme Court may be, there can be no denying that it will mark a turning point in our nation’s history.

The Panama Case is the first concerted effort in recent memory to bring the untouchable political elite into account. For most citizens of Pakistan institutional corruption has become a cliché and is accepted as an intrinsic part of the reality that is life in Pakistan. This verdict may break that illusion.

The verdict may shatter the current illusion of stability and it is unclear what role the Army will have to play in the coming months.

If the Supreme Court disqualifies Prime Minister Nawaz Sharif it will usher in a new era. The whole nation will erupt with joy. The common man, who has so far been viewing the proceedings with marked cynicism, will finally have tangible proof of accountability. The culture of lordship and absolute power masquerading under the guise of democracy will suffer a fatal blow and those who wield the sword will reap the rewards, probably in the form of the 2018 elections.

However, if the Supreme Court is not assertive in its decision and the verdict brings no quantifiable change to the current status quo the majority of people will continue on with their lives in silent resignation. There will be hue and cry from the opposition parties, mainly PTI, but it is safe to say that most people will only have their current perception of the indomitable political elite reinforced. There may be unrest for a few days but Imran Khan, who has committed multiple political blunders in the past few months, will most probably not be able to rouse the public as he has done in the past.

How will mainstream political parties react to Panama-scandal decision?

The popularity of PTI has been spiraling downwards ever since the anticlimactic end of the ‘Dharna’, aided by the PSL comments that went against the grain of the patriotic sentiments of the public. The internal divisions in PTI will fester and it will become difficult for the Kaptaan to rally his supporters for the 2018 elections. Meanwhile, the PPP, who have been eyeing the situation with characteristic aloofness and have not fully committed to either camp, will plan their strategy with respect to the situation. It is still not clear how they’ll plan to pursue their interests.

Read more: Will there be any resolution on Panamagate?

There are many variations of the verdict that are possible as it is a complicated case and to simulate them all would be an exercise in futility but there are a few aspects of the situation that must be observed, namely the reactions of the military and intelligence establishment, who have so far maintained their neutrality.

The verdict may shatter the current illusion of stability and it is unclear what role the Army will have to play in the coming months. The cauldron of our nation’s politics is slowly coming to a boil and it will be interesting to see who gets to eat the stew.

Previous articleWhat will happen to Turkey now that it has “democratically” elected a “dictator”?
Next articleAre military operations the only way to counter terrorism in Pakistan?

21 September 2021
Previous articleWhat will happen to Turkey now that it has “democratically” elected a “dictator”?
Next articleAre military operations the only way to counter terrorism in Pakistan?

Were the protestors in Faizabad peaceful?

Is Imran’s Mullahism more barbaric or the liberal mindset?