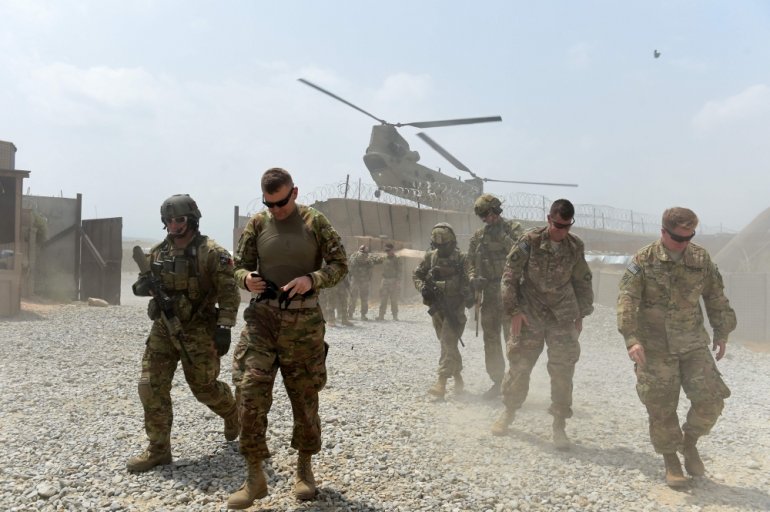 The NATO alliance stressed its continued commitment to its support mission in Afghanistan on Friday as Washington prepared to withdraw thousands of US troops. NATO’s spokeswoman Oana Lungescu would not comment on US President Donald Trump’s plan to bring home a chunk of the 14,000 US troops deployed in Afghanistan.

But she said NATO foreign ministers met as recently as this month to express “steadfast commitment to ensuring long-term security and stability in Afghanistan.” “Our engagement is important to ensure that Afghanistan never again becomes a safe haven for international terrorists who could threaten us at home,” she said.

Syria and the broader Middle East are central to EU concerns about terrorism and migration.

Some of the US forces deployed in Afghanistan are part of the NATO-led Resolute Support mission, training and advising the local Afghan forces fighting Taliban rebels. Others are part of a US-led counter-terrorism mission, and it is not clear from initial reports which of the troops will be the first to come home.

A US official told AFP that a “decision has been made. There will be a significant withdrawal.” Separately, the Wall Street Journal and other US media reported that more than 7,000 troops would return.

“We have seen the reports. For any comments, I refer you to the US authorities,” Lungescu said. Trump has often been at loggerheads with fellow NATO leaders, accusing European allies like Germany of not pulling their weight in terms of defence spending.

But in July, at a NATO summit, all members agreed to extend funding for the embattled Afghan security forces until 2024. Brussels-based expert Ian Lesser said European NATO members may be surprised by Trump’s tactics but not his overall intention to reduce troops in Afghanistan, which he made clear after becoming president.

The NATO alliance stressed its continued commitment to its support mission in Afghanistan on Friday as Washington prepared to withdraw thousands of US troops.

“Many within the alliance frankly are there because the United States has pressed them to be there, but, left to their own decision making, would probably have left,” Lesser told AFP. Lesser, who heads the European office of the German Marshall Fund of the United States, said the resignation on Thursday of US Defence Secretary Jim Mattis will also cause more unease.

“Within an administration that has not produced a lot of predictability, General Mattis was seen as something of an anchor,” Lesser said. “And so his departure will only increase European anxiety about the future of US strategy in Europe but also on Europe’s periphery in places like Syria,” he added.

Syria and the broader Middle East are central to EU concerns about terrorism and migration. Lungescu stressed how important the former Marine Corps general had been to NATO. “Secretary Mattis has made a key contribution to keeping NATO strong and ready to deal with the significant security challenges we face,” the NATO spokeswoman said.

“He is widely respected as a soldier and a diplomat… We are grateful for the iron-clad commitment of the United States to NATO. US leadership keeps our transatlantic alliance strong.”

Islamabad Parleys to give Fresh Impetus to Stalled US-Afghan Talks

Leader of Jammat-ul-Ahrar killed in US drone strike