Nawaz and his doubts about G.E’18 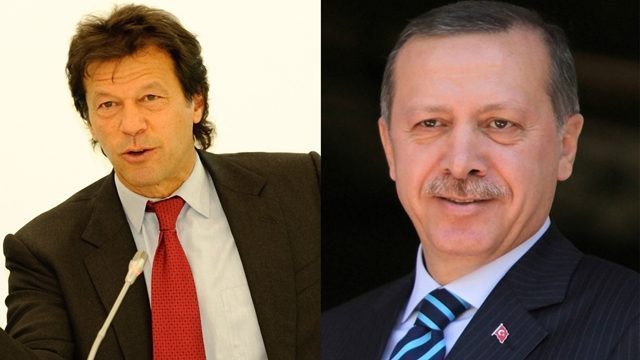 Former three times Prime Minister Nawaz Sharif and Supreme leader of the Pakistan Muslim League (PML-N) has alleged that July 25 elections were dubious and his mandate has been stolen.

These winnings give credence to ECP’s stance that elections were completely free and fair and opposition’s allegations are completely baseless.

He was talking to the visitors (Party leaders) in Adiala Jail, Rawalpindi. Nawaz expressed displeasure on the defeats of the bigwigs in the party, including Abid Sher Ali, Saad Rafique, and ex-PM Shahid Khaqan Abbasi. He argued that these are the constituencies where PML-N could never lose

Showing anguish over the Khan’s victory in the elections, Nawaz claimed that despite the poor show in KP, Imran Khan has been handed the victory on a plate. Despite Nawaz’s skeptic beliefs, the independent European Union Election Observation Mission to Pakistan has declared the elections free and fair.

Election Commission of Pakistan (ECP) also stated that the elections were free and fair, and there has been no indication of rigging from any constituency. Other than the independent observers, Pakistan’s vibrant and free media hold similar opinions.

Moreover, the reporters from all the private channels never reported of any wrongdoing during the elections and showed satisfaction over the electoral process. Overall, there is a consensus among all the stakeholders that elections were free and fair.

Pervez Musharaf has criticized all those who are claiming that the elections were rigged.  Former President of Pakistan, Pervez Musharraf was seen in an exclusive interview reporting his distaste for the growing trend of accusations of rigging. He says that this has become a bad habit for those who lose in Pakistan, that they start cribbing on the account of rigging. He believes the polling results to be quite realistic as of July 2018.

Nawaz expressed displeasure on the defeats of the bigwigs in the party, including Abid Sher Ali, Saad Rafique, and ex-PM Shahid Khaqan Abbasi.

Most of the analysts and surveys had predicted a hung parliament. They expected that PTI would form a coalition government with the help of any other major party. On the contrary to all predictions, PTI has emerged as a strong contender to form a government, along with the support of independent winners.

The accusation of rigging falls flat because, if PTI has such motives, its premier leader, and so-called ATM-Aleem Khan would not lose a hotly contested a seat in Lahore against former speaker National Assembly-Ayaz Sadiq. Similarly, PTI’s senior leader won’t lose in NA-125.

Some of the very close contests have gone against PTI in Sialkot and Faisalabad, where Usman Dar lost with the difference of 1,200 votes against Khawaja Asif and PML-N’s firebrand Rana Sana Ullah Khan won with very small margin against PTI’s candidate.

Even, today, in a remarkable turnaround, PTI’s most renowned electable Zulfikar Khosa (71964) who was declared winner yesterday lost his seat today against an independent candidate Amjad Farooq Khosa (72,189) in National Assembly Seat, NA-190.

In a separate incident, PTI’s Chaudhary Alyas (89545) who was declared a winner in NA-71 with votes against PML-N’s Abid Raza(81300). However, the next day, Abid Raza claimed that according to the Form45 he had received from his polling agents, he had actually secured 88,588 votes and Alyas total was less than him. The returning officer (RO) after reviewing the result gave the result in his favor.

While the PML-N leaders who visited Adiala stated that no facilities were being provided to Nawaz Sharif as they met him in a room without air conditioning. Former Prime Minister was not in good health, exerted PML-N.

Afghan peace talks continue, so does the violence