Nawaz-Jindal meeting: Friendship, diplomacy, or something else? 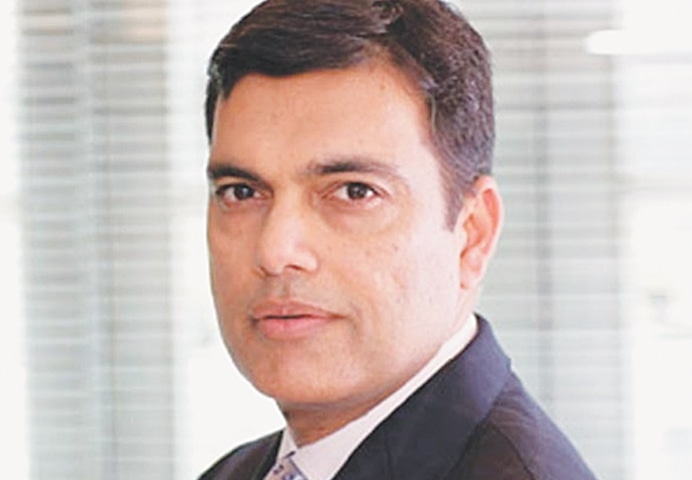 Marriyum Aurangzeb, State Minister for Information has clarified newspaper reports earlier in the day that said that Prime Minister Nawaz Sharif and Chief of Army Staff General Qamar Javed Bajwa discussed Sajjan Jindal in their recent meeting. She denied that this was discussed and said that Jindal is a personal friend of PM Sharif and it was a personal meeting between the two person.

Earlier on Friday, BBC Urdu reported that the civilian leadership took the military high command in confidence regarding the recent visit of Indian Steel magnate, Sajjan Jindal. They claimed that the military leadership was told that his meeting with Prime Minister Nawaz Sharif in Murree last month was part of back-channel diplomacy aimed at diffusing tensions between the two countries.

Jindal had been very vocal against the Pakistani military, labeling it as a disruptive force and sponsor of terrorism. Maryam’s tweet was matched by those of Jindal and understandably there was anger.

The meeting, which took place in a hill station on April 26, in a surreptitious manner, raised  speculations at the time over the nature and content of the meeting. In particular, there were rumors that the Nawaz-Jindal meeting may have secretly settled the Jadhav issue in favor of India. While, other claims included that Jindal was Modi’s crutch for the beleaguered Nawaz regime.

Afghan attack on Pak is part of the “rescue Nawaz” doctrine of Jindal-Doval plot. Indian aggression on LoC & Afghan attacks are coordinated. pic.twitter.com/liNGVczqyk

An uproar was created when Maryam Nawaz Sharif tweeted that Jindal was a friend of the prime minister.

“Mr. Jindal is an old friend of the prime minister. Nothing ‘secret’ about the meeting and [it] should not be blown out of proportion”, she tweeted.

Mr. Jindal is an old friend of the Prime Minister. Nothing ‘secret’ about the meeting & should not be blown out of proportion. Thank you.

While anonymous government sources initially revealed to the media that this visit was an effort to coordinate a meeting between the Pakistani and Indian prime ministers on the fringes of the  Shanghai Cooperation Organization (SCO) summit to be held in June in Astana, Kazakhstan. Suspicion was raised when the Foreign Office Spokesman said that his office was unaware of such a meeting.

There were rumors abound that the Nawaz-Jindal meeting may have secretly settled the Jadhav issue in favor of India.

With the prime minister being under immense pressure over Panama and Dawn Leaks scandals and India upping the anti-Pakistan drive, the meeting and its purpose were doubted. Jindal has been very vocal against the Pakistani military, labeling it as a disruptive force and sponsor of terrorism. Maryam’s tweet was matched by those of Jindal and there was anger why the Prime minister had chosen this time to meet him.

A clarification was merited and so it reportedly came. According to BBC URDU sources, Mr. Sharif told the military leadership that Mr. Jindal had been sent by Indian authorities and that the meeting was an initiative to reduce tension between the two countries.

The report in BBC World Urdu further mentioned that COAS General Qamar Javed Bajwa conveyed the officer cadre of the army about it being a back channel diplomatic effort. However, the report added that the military top brass clearly stated that the issue of the Indian spy, Kulbushan Jadhav, cannot be discussed through veiled means.

Is Backchannel Diplomacy possible amid the current scenario?

The news item and the quick rebuttal has raised even more doubts about the meeting. Given the simmering tensions between the two countries; visible in their rhetoric as well as physical engagements along the Line of Control (LoC).

Questions are raised on how could a strongly anti-Pakistan person be trusted to resolve issues between the two countries.

Though back channel diplomacy has been used in the past but the officials involved were masters in the art of diplomacy and held a stature in both countries. Moreover, it was done when there were no visible signs of Indo-Pak tensions.

The setting is different this time; both countries are locked horns on LOC, over Kulbashan; war-mongering in India has reached a high pitch and the tiff seems to be heading in a potentially dangerous course. Backchannel talks at this point are not realistic. Furthermore, it is not clear how could a strongly anti-Pakistan person be trusted to resolve issues between the two countries.

Previous articleThe intelligence top brass warns the US of increasing “Afghan Trouble”
Next articlePrime Minister all set for trip to Beijing: CPEC is flagship project of OBOR

AFP - 21 September 2021
Rawalpindi was due to host men's and women's Twenty20 double-headers on October 13 and 14, however, the England and Wales Cricket Board said in a statement that it had "reluctantly decided to withdraw both teams from the October trip."

20 September 2021
Previous articleThe intelligence top brass warns the US of increasing “Afghan Trouble”
Next articlePrime Minister all set for trip to Beijing: CPEC is flagship project of OBOR

Has There Been Shift In PTI’s Policies: Benefiting Powerful Elite rather than Common Man