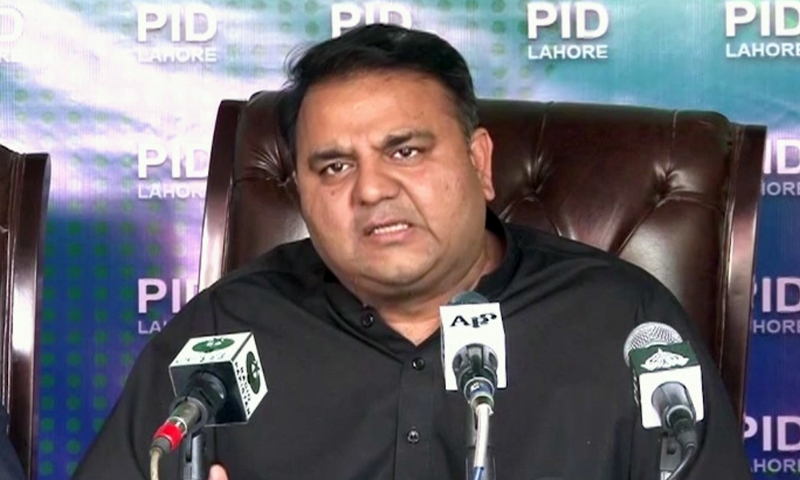 Federal Minister for Information Mr. Fawad Chaudhry has once again revealed that former Prime Minister Nawaz Sharif wants to go to London for his treatment. Mr. Chaudhry was addressing a press conference along with Punjab Health Minister Dr. Yasmin Rashid in Lahore.

The Federal Minister presented the complete development with regard to the treatment of Nawaz Sharif before the media persons. “I want to once again point out that he doesn’t want to get treatment in Pakistan. But his complication emerged in [the] London treatment,” the information minister clarified.

Organized opposition and some segments of media want Nawaz Sharif to go abroad for his preferred place of treatment.

Fawad Chaudhry also blamed the former minister of not trusting Pakistani doctors and hospitals “that he had ruled over for 30 years”. It is important to mention here that Nawaz Sharif has been twice chief minister of Punjab and thrice Prime Minster of the country.

But members of the former ruling party have always preferred to go abroad for their treatment or holidays. Such preferences of Sharif family often attract media attention and criticism at large. Opposition and some segments of media are pressurizing the government to let Nawaz Sharif go wherever he wants to for his treatment.

Read more: Is Nawaz Sharif going to London for his treatment?

PPP senior leader Syed Khursheed Shah has said that Mr. Sharif was not in good health and “if something happens to him it would be murder, for which [Prime Minister] Imran Khan will be responsible”. On the other hand, PTI leaders maintain that since the Prime Minster has offered Mr. Sharif to let the government know wherever he wants to get admitted for his treatment then there is no point of making hue and cry.

Mr. Chaudhary has blamed the former ruling party of doing politics on Nawaz’s health. “Nawaz Sharif might not be doing this himself, but there is a section within N-league that is doing politics on his health because they have no public issue left on which they can do politics,” the minister alleged.

The Federal Minster presented the complete development with regard to the treatment of Nawaz Sharif before the media persons.

Nawaz Sharif who was disqualified by the Supreme Court of Pakistan for not being honest and truthful is now serving seven years imprisonment for possessing assets beyond known sources. Nawaz’s party and political aides now argue that he is being victimized for political reasons. Nawaz’s daughter Maryam Safdar tweeted multiple times and expressed reservations over the health conditions of his father.

She urged the people to pray for him. The sitting government and some analysts view the ongoing propaganda being sponsored by the PML-N to let Nawaz Sharif out of Pakistan under the pretext of treatment after his failure to seek any favour from the courts.

It is pertinent to mention here that Mr. Sharif pleaded before the Islamabad High Court (IHC) that he might be given bail due to deteriorating health conditions. However, the court rejected the plea. Nawaz Sharif has challenged the verdict of the LHC in the Supreme Court.

Some political analysts believe that everyone should be given the same legal treatment. Therefore, PM Khan’s instructions to treat former PM are in violation of the constitution which assures the equality before the law.

The government is under considerable pressure at the moment. At one hand, organized opposition and some segments of media want Nawaz Sharif to go abroad for his preferred place of treatment.

On the other hand, civil society and some segments of media along with public want the government to treat Nawaz Sharif, a convicted prisoner, like any other person in the jail serving his sentence. Any special treatment being given to Nawaz Sharif is against the spirit of the rule of law PM Khan has promised to establish in Pakistan. It is yet to see how does the sitting government deal with increasing pressure from both sides.

Marx and American leftists are wrong about inequity