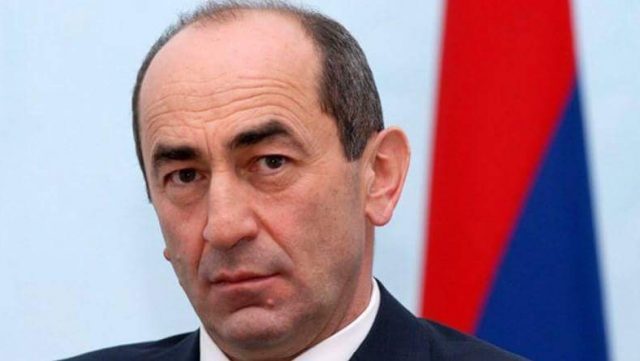 As political scientists can attest, leadership is an elusive concept. Possibly, however, the best way to describe what it means to be more representative can be to describe it in terms of increasing the living standards of the country’s people.

Generally, all leaders – from beloved to predatory – can be framed into three categories: First, who feel deeply about people; second, who see their relationship with people essentially in a transactional form; third, who don’t see people at all.

Men of character might want an apocalypse to happen, to wipe out all godfathers, and to drive the country to start over again.

Never mind that, Nawaz Sharif happens to be a political predator. This man, in addition to fervently championing ignorance, is a cause of general moral and ethical malaise and has contributed to a range of political and economic crisis, only to be abstractly seized upon again and again by Nawaz & Co.

Predatory politics is not completely about ruling; it’s not about power either: it’s the wicked mixture of the two. They take pleasures in seeing every institution and section of society subservient to them. Servitude is aided and abetted and there is a reward. Defiance, conflict, and questions – elemental to democratic governance – are serious offenses and, therefore, there is a fair amount of punishment.

It’s not that Nawaz Sharif is irrational. For it’s about the class of politicians, the most diminutive, to which he belongs to. Predatory politicians perpetrate their acts in a game of thrones-dominated environment. Personal interests constitute the essence of all political struggle.

‘To society, the most alien relations of two living beings which can be produced are those of the predator and his prey’. For Nawaz’s basic predatory instincts, the country has always been a potential prey – an ideal one. Ideal, because of the marked vulnerability of the nation and its resources. Democratic institutions provide the best safeguards to people’s strength, wealth and freedoms. There is no wonder, therefore, that the catastrophic political career of Nawaz Sharif is built on the country’s institutional decline.

His arrogance runs proportional to his unwillingness to acknowledge what the people are feeling. He obviously has no clue of the effects of his opportunism on the life of the working class, the farmers, the poor. He has perpetuated outlandish partisanship, devastated the unemployed, patronized Gulluism, phased in Lifafa journalism. He deliberately institutionalized the deterioration of the country’s political, economic and social environment, because it’s only in a degraded environment that he and his family could be acceptable to many, who are numb.

Nawaz Sharif happens to be a political predator. This man, in addition to fervently championing ignorance, is a cause of general moral and ethical malaise.

PML-N is a large party. We have heard some surprisingly sane voices from within. There is loud applaud for their courage. This is not always an easy thing to do. As people’s representatives, it is their sacred responsibility to seek conflict. And question. And regardless of what’s the party line is, they must stand up for the people they represent. Putting a stop on Nawaz’s abuses would be the best thing that could happen to our democracy.

Springing skepticism isn’t the motive. But thanks to the renewed assertiveness of Nawaz Sharif, his lines for the party are clear – that the PML-N is essentially the party of Nawaz Sharif; that either loves him and stay in the party; that you might be struggling to map out a sense, but you have to choose. For him, the presidential office of the party is a powerful political bully pulpit. And, therefore, there is no scenario that he will relinquish the office.

Therefore, the members of the party need to wage an anti-Nawaz campaign, if not in anger, then in sorrow. In this case, Nawaz Sharif can’t win an argument because he doesn’t have an argument.

No ordinary measures can shake the sickest parts of the predatory politician. Nawaz Sharif – morally corrupted, political opportunist – possesses ruthless ability to exploit people’s primary instincts and emotions. As long as greed and arrogance are tolerable, he won’t stop feeding.

These are unusual times. It can give us meaning. We must seize the moments to free the minds of our generations. It’s an opportunity and our duty to make our generations too bright to be caged in.

Below is an excerpt from the Supreme Court’s detailed judgment on the Panama Papers review case that assists in capturing a glimpse of Nawaz Sharif’s godfatherly instincts.

PML-N is a large party. We have heard some surprisingly sane voices from within. There is loud applaud for their courage.

“Much higher level of integrity is expected of the holder of the highest elected office in the country. But to our dismay and disappointment, the petitioner (Nawaz Sharif) has not been fair and forthright in answering any of the queries made during the course of the hearing. He never came forth with the whole truth. He tried to fool the people inside and outside the Parliament.

If fortune has throned, crowned and sceptered him to rule the country, his conduct should be above board and impeccable… Resignation rather than prevarication in ambiguous terms is more honorable exit if and when anything secretly carried under the sanctimonious gown of leadership drops and gets sighted.

Since the Prime Minister of the country is thought to be the ethos personified of the nation he represents at the national and international level, denying an asset established or defending a trust deed written in 2006 in a font becoming commercial in 2007 is below his dignity and decorum of the office he holds.”

It’s a bang, a nasty one. Men of character might want an apocalypse to happen, to wipe out all godfathers, and to drive the country to start over again. What to say about the integrity of a leader who doesn’t hesitate from fooling the people, the parliament, and the Court. But he is a small man. He is all flash and no substance. So much deceit resides in him that he cannot speak the truth.

Servitude is aided and abetted and there is a reward. Defiance, conflict, and questions – elemental to democratic governance – are serious offenses and, therefore, there is a fair amount of punishment.

So much disgrace surrounds him that no single book in its leaves would ever have a space to honor him. Worst, even books would get burnt, if someone tries to. Time and again, Nawaz Sharif calls for Justice. But he is not alone. The poor, the hungry, and the marginalized are dying for the call. The question is if literal justice was somehow happened, would there be any arrangement left for Nawaz & Co to own palaces and institutionalize their family rules?

Again, the nation is not a sorry lot – the people must share their pain and raise their voice and must not abandon their politics to spineless, pathetic, self-serving politicians.

Donald Trump believes Hafiz Saeed was arrested because of him!