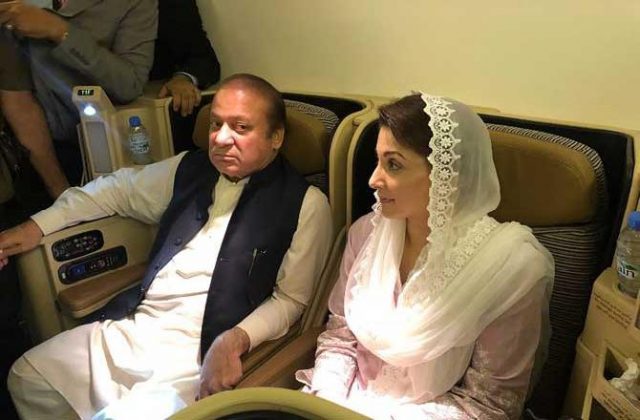 Pakistan’s most influential political family, the Sharif family, is facing the brunt of buying upscale flats in the British capital, London, that once was a source of joy and pleasure for the family. The mystery of Avenfield flats remained under the wraps till the International Consortium of Investigative Journalists blew the lid off the murky wheeling and dealing of the international bigwigs, including Nawaz Sharif, the former Prime Minister of Pakistan in 2016.

Although the Panama Papers covered the issue of offshore firms owned by wealthy individuals across the country, the debate turned towards the London flats of the Sharif family after Pakistan’s top court took up the case on a slew of petitions filed by political parties, most noticeably Pakistan Tehreek-e-Insaf (PTI). During the hearing of the case, the Sharif family declared, before the Supreme Court, that the flats in question were purchased through Qatari investments.

A letter furnished before the court as proof by the embattled Sharif family, claimed that the flats numbered 17, 17a, 16 and 16a at Avenfield House, Park Lane, London, were purchased through the offshore companies after settlements, as a result of Mian Sharif’s business ties with the Al Thani family of Qatar. Hussain Nawaz, the elder son of Nawaz Sharif submitted documents to the Supreme Court claiming that he bought the London apartments in January 2006.

The controversy stemming out of the trove of Panama Papers confirm that the London flats, which were once a source of luxury and satisfaction for Sharif family, have now become albatross around their neck.

Hussain went a mile further and said that his family had nothing to do with them. However, the claim was discarded by Imran Khan, Chairman of Pakistan Tehreek-e-Insaf, who quoted Kulsoom Nawaz, saying that they got the apartments for their children’s education, in a 2000 interview. The London flats also came under the radar of BBC, which reported in January 2017 – before the disqualification of Nawaz Sharif – that Sharif family purchased the said flats in 1990’s.

BBC, the British public service broadcaster, went a step further and stated that ever since the date of purchase, there was no change in the ownership of flats. According to official documents revealed by BBC Urdu, the four flats were purchased in the name of Nielsen and Nescoll companies, the offshore firms managed by the Sharif family. Moreover, the reputed British media outlet claimed that when Hassan Nawaz established Flagship Investment Ltd in 2001, he mentioned his Park Lane apartment as the address.

Read more: Connecting the dots: The London apartments since the 1990s

Quoting the documents acquired through the Companies House, BBC revealed that flat No. 17 was purchased on June 1, 1993, by Nescoll whereas flat No. 16 and 16 A were purchased in 1995 by the second offshore firm, Nielsen. Further to this, the fourth flat, 17 A, was purchased on July 30, 1996, by Nescoll. The sensational report also exposed another flat of the former ruling family, ’12-A’ located in the same block which was purchased in 2004 through Flagship Investment Ltd, the director of which is the Prime Minister Nawaz Sharif’s son, Hassan Nawaz.

BBC report confirmed the allegations of Naeem Bokhari, counsel for Pakistan Tehreek-e-Insaf, who had argued that the flats had been bought somewhere between 1993-1996. Before the announcement of the interim verdict, Justice Khosa, who was heading the five-member bench, remarked that the ownership of Neilson and Nescol prior 2006 is what needs to be proven.

Hussain went a mile further and said that his family had nothing to do with them. However, the claim was discarded by Imran Khan, Chairman of Pakistan Tehreek-e-Insaf, who quoted Kulsoom Nawaz, saying that they got the apartments for their children’s education, in a 2000 interview.

Additionally, even if the observation of BBC is ignored, the fresh claims made by Imran Dogar, the Investigation Officer of National Accountability Bureau (NAB), substantiate that Nawaz Sharif was the owner of London flats at the time he was serving as a public office holder. Dogar, who is the last witness in the Avenfield reference, testified before the accountability court Judge Muhammad Bashir on Wednesday, that the Sharif family members were unable to provide their sources of income and that the properties have been in the ownership of the family since 1993.

The revelations, which would either be endorsed or rejected in days to come, are in a flagrant contradiction with the claims made by Sharif family in television shows and in public gatherings. Nawaz Sharif, the former Prime Minister, has also changed his stance over the London flats controversy by stating that he bought the flats through his pocket, instead of using funds from national kitty.

The National Accountability Bureau has clarified that winding up the Avenfield reference was the top priority for the bureau and according to the set deadline, the hearings would conclude on May 13th. The controversy stemming out of the trove of Panama Papers confirm that the London flats, which were once a source of luxury and satisfaction for Sharif family, have now become albatross around their neck.