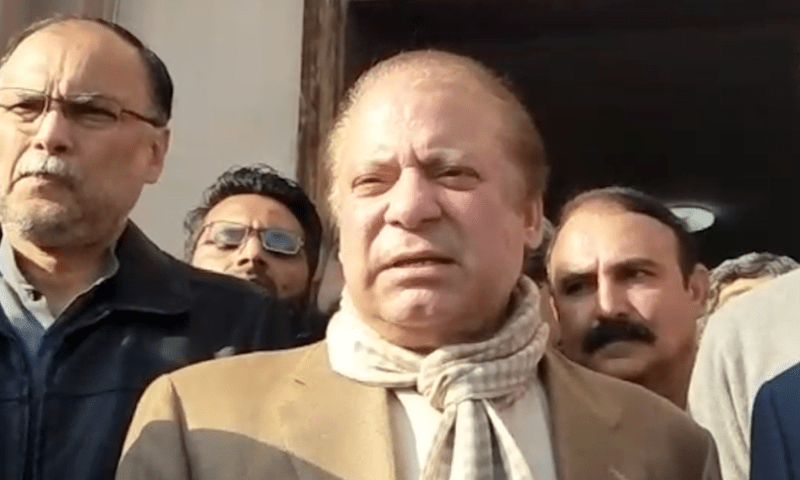 All eyes were on the 5 jurists of the apex court in Islamabad as they announced the much-awaited decision on the Panama Case. A split decision of 3:2  ordered the constitution of a Joint Investigation Team (JIT) to investigate the money trail inside Qatar. Further, Prime Minister Nawaz Sharif and his sons, Hasan and Hussain will have to appear before the JIT, which would give the verdict within 60 days.

The expected gloom and doom situation has been deferred for the time being. Neither the ruling family has yet been vindicated nor have the assertions of the Imran- led opposition been set aside. Hence, there is little reason to be euphoric for the PML-N.

History bears testimony that great events are propelled by inspirational and dominating personalities. The once untouchable ruling elite, despite overt confidence, is reeling on the Panama issue. The force behind this is the charismatic head of the Pakistan Tehreek-E-Insaf, Imran Khan.

However, there is one man who has perched himself in a very strong position vis-à-vis his political nemesis. Yes, the  64-year old cricketer turned politician has a lot of positive takeaways from today’s proceedings in the apex court.

Imran: Fighting undeterred as ever

Pakistanis have been beset with many issues; they have faced terrorism, wars, calamity and have been bereft of honest leadership. Common citizens have been deprived and kept at bay. They have not been allowed to bring the “powerful junta” into account. Perhaps, voiceless Pakistanis considered corruption and exploitation as fait accompli; they neither had the power nor the desire to challenge the big wigs. Hence, the order given to the PM and his scions to appear before the JIT is a defining moment for the country. It is rather colossal, to say the least.

History bears testimony that great events are propelled by inspirational and dominating personalities. The once untouchable ruling elite, despite overt confidence, is reeling on the Panama issue. The force behind this is the charismatic head of the Pakistan Tehreek-E-Insaf, Imran Khan.

The beleaguered Khan was chastised from all quarters for refusing to accept his defeat at the hands of Nawaz Sharif in the General Elections of 2013. Many believed that his rigging allegations and the 126-day long sit-in was a ploy to subvert democracy, with him being a pawn. Other pundits called him a mouthpiece of the Taliban. While a few moderate voices called him a power-hungry person who was just obsessed with Nawaz Sharif. Unmoved by criticism, Khan carried on in the same vein and asserted that his struggle is a concept of a future where Pakistanis should be able to stand up against injustice.

The proceedings of the court did enough to challenge the moral authority of Nawaz Sharif, which was in itself a victory for Khan.

Perhaps defying the odds is a hallmark specific to him. Indomitable conviction made him shun his critics who jeered at his aspirations of becoming a fast bowler. With a remodeled bowling action he went on to become one of the greatest to have played the game. Naysayers questioned his ability to lead the country’s cricket team. He took up the challenge and the rest is history. Besides, serious reservations, he became the force in establishing two top class institutes in Shaukat Khanum Hospital and Namal University.

The proceedings of the court did enough to challenge the moral authority of Nawaz Sharif, which was in itself a victory for Khan.

This grit has been pervasive in his politics too. In his Nawaz-centric political struggle, Khan met a lot of reverses and at times, ignominy. The revelations of the Panama Papers gave Khan yet another front against his political rival: the all-powerful prime minister.

The details of the Panama Papers were a vindication of Khan’s repeated allegations against the Sharif family. He used various means all along to enable the institution of a Supreme Court Bench. Political forces, despite agreeing in principle did not fully support him in his drive to hold the Sharif family accountable. Hence, he had to take up the mantle upon himself.

The proceedings of the court did enough to challenge the moral authority of Nawaz Sharif, which was in itself a victory for Khan. The dichotomy in statements given by the PM and his family members further put question marks on the credentials of the Sharif family. All this made today’s decision historic and critical to the country’s future.

The decision has referred the case to the JIT, which means that the accused (Sharif Family) has been unable to prove themselves innocent. This, by all means, is a tactical victory for Khan which would most likely translate into a strategic one.

Today, Khan is not only in a stronger position but has effectively implored the masses into questioning their rulers; this was a cornerstone of his vision for “Naya Pakistan”. It remains to be seen as to what happens in the scorching heat of July but regardless,  there is no denying that the former cricket legend has galvanized the nation.

Previous articleWhy you should watch ‘Fate Of The Furious’
Next articleAfter Panama: The ‘Untouchable Elites’ survive to live another day

News Desk - 28 September 2021
Top NGO leader claimed that the Taliban agreed to allow women employment to resume which is a bright sign in reviving the Afghan economy. Also, the Taliban return have brought two positives; the fighting has ceased, and corruption is expected to recede.

28 September 2021
Previous articleWhy you should watch ‘Fate Of The Furious’
Next articleAfter Panama: The ‘Untouchable Elites’ survive to live another day

YDA trades blows with government over harassment allegation against staffer