Nawaz to architect a plan to defeat PTI in by-polls 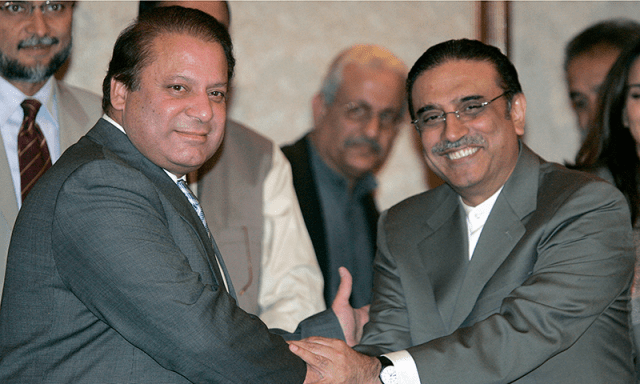 Former Prime Minister Nawaz Sharif is expected to restart the political engagements today [Saturday] after his release from Adiala Jail on bail against the accountability court judgment in the Avenfield corruption reference. According to media reports, Nawaz would resume the political activities in Jati Umra residence on Raiwind Road in Lahore—where he would hold a meeting with the party leaders, and workers.

Pakistan Muslim League-Nawaz (PML-N) supreme leader would consult the senior party leaders regarding the upcoming October 14, by-elections. Moreover, Nawaz would meet his legal team to discuss the ongoing corruption references in accountability court and IHC appeal against the Avenfield verdict. Nawaz was released temporarily after the suspension of the accountability court’s July 06 verdict.

The NA seats can potentially have a major impact on the political landscape, especially in the context of Pakistan Tehrek-e-Insaf’s ambitions to consolidate its power in the center.

The IHC’s Justice Athar Minallah declared that NAB had failed to declare the direct link of Nawaz with the ownership of Avenfield apartments. IHC has not dropped the charges against him. They are not yet off the hook as they were released on bail after paying the surety of Rs 0.5 million. The Justice Athar Minallah only accepted the arguments of the Nawaz’s counsel that there is enough reasonable doubt in the verdict of the accountability court to release the Sharif’s.

When the IHC would start listening to the appeals, the ‘house of Nawaz’ would still have to prove its innocence in the IHC. Nawaz, his daughter Maryam and son-in-law Captain Safdar would have to prove in the court that the charges against them are false. The by-elections will take place on 11 National Assembly seats and 26 provincial assemblies’ constituencies. The breakup of the provinces shows that elections will be held in Punjab on 13-seats. In KP; 9-seats are up for grabs. In Sindh and Baluchistan, by polls will take place on two constituencies each.

These seats have become vacant due to death, the resignation of the candidates and postponement of the elections. The NA seats can potentially have a major impact on the political landscape, especially in the context of Pakistan Tehrek-e-Insaf’s ambitions to consolidate its power in the center. Currently, PTI is dependent on the fragile coalition partners like MQM and BNP which can always backfire. In the context of MQM-P’s post-Altaf history, reliance on a party which is currently leaderless will be very risky. The expectations of threatening attitude can’t be ruled out.

The hostilities and animosity of this controversial alliance are as natural as the relationship between them. If PTI manages to win the majority of the seats, it could come in a commanding position to implement the promised reforms agenda without having to compromise on it. PML-N is aware of this threat and its leadership would be mulling ways to restrict the party’s (PTI) consolidation struggle.

Another famous actor passes away due to Coronavirus