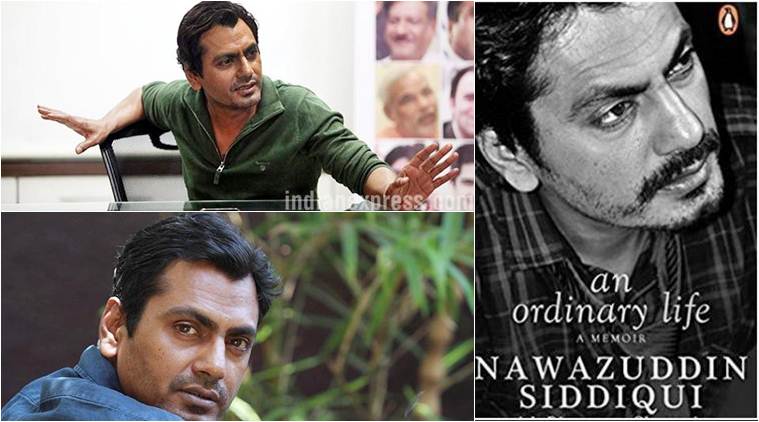 Nawazuddin Siddiqui in his book has come up with some disturbing revelations about his life outside the cinema. Love affairs, suicide attempts, one-night stands and his roots in the impoverished background are the crisps of his life he has explicitly talked about.

The book is rather a Pandora box of scandals. He has bravely discussed the quantum of scandals and mysteries of his life in his book titled ‘An Ordinary Life’. Perhaps the material of the book in itself makes a strong script for any movie.

The book is definitely an answer for all those who wonder how once a struggling actor has now made his name in the glistening industry like Bollywood.

‘Chand Nawab’ from ‘Bajrangi Bhaijan’ has candidly discussed his love affairs with Niharikha Singh, his co-actoress from Miss Lovely and Suzzane, a girl from New Jersey.

In the love affairs between the two, he has honestly called himself a pervert who went out with her for the sake of fun and pleasure. After one and a half year both dissolved their relationship.

Niharikha however, is displeased with such a discussion of her in the book. Singh has expressed her anger over how he has fabricated the stories and mentioned her in his book without her consent.

“None of what he has written has been to my knowledge, let alone my consent. It is this very aspect of Nawaz that caused me to end my relationship with him in the first place. I have always maintained that he’s a brilliant actor. However, I had hoped these acting skills would have remained confined only to the screen. Still, I wish him well.”

She added, “Nawaz and I had a brief relationship in 2009 during the making of Miss Lovely that lasted less than a few months. So today, when he paints me as a woman in fur enticing him into her bedroom with candles, or desperately calling him and mailing other women on his behalf, I can only laugh.”

Read more: Why Dangal became a hit in China

She has dubbed his comments and descriptions about their meetings as false and baseless. “He has mentioned these stories to boost the sales of his book.” According to the actress, this disrespect of woman to sell the book is unjustified and if falls below the morals.

Nawazuddin Siddiqui has painted himself in the book as the actor of the B-class Hindi film. Is that real Siddiqui or it is just a book-selling mantra? Anyhow, the book is getting popular among the people.

Russia lifts ban on import of rice from Pakistan