In Naya Pakistan, after locking up religious fanatics, the government has decided to go after those involved in money laundering. The finance committee has taken its first step to formalize PTI’s anti-money laundering policy. It is expected to expand and implemented in letter and spirit. 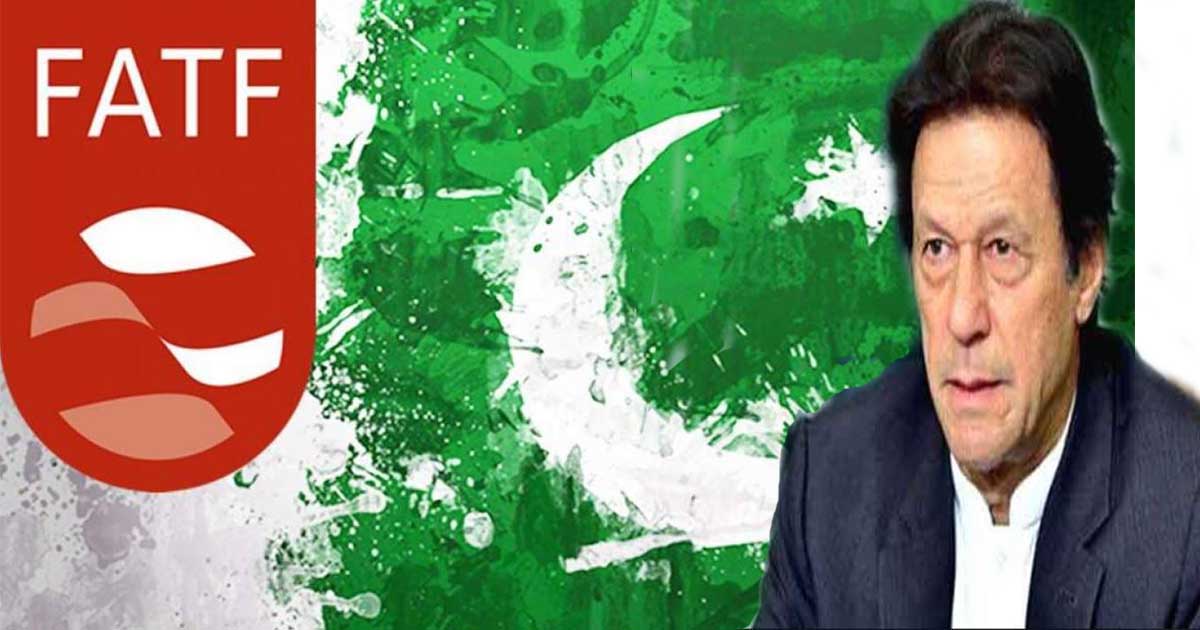 In an interesting development, the Pakistan Tehreek-e-Insaf (PTI) government took one more step to fulfill its promise of eliminating different ways for money laundering. The government has reportedly approved the Anti-Money Laundering (Amendment) Bill, 2019, from the finance committee of the National Assembly.

The Bill has been appreciated by political commentators in Pakistan except for the opposition parties which claimed it to be a strict law.  It is also believed that the bill has been presented by the ruling party due to its commitment to get Pakistan de-listed from the Financial Action Task Force’s (FATF). The FATF encouraged Pakistan on 21st June to complete the signed action plan in time.

The Pakistani agencies traced around 8500 suspicious transactions and imposed ban on the militant groups involved in extremist activities.

A plenary meeting of the FATF took place in Orlando, Florida where the progress made by Pakistan so far was also reviewed.  “Pakistan was placed by FATF in its compliance document in view of an action plan agreed with Pakistan in June 2018 to strengthen its AML/CFT Regime,” the statement issued by the watchdog stated. The next meeting shall take place in October 2019 to review the same.

Interestingly, Turkey, China and Malaysia have assured Pakistan of their constant support which has confirmed that Pakistan, despite Indian efforts, cannot be blacklisted. India has been trying to brand Pakistan as a ‘terror-sponsoring state’ and ‘state spreading terrorism’ but in Pakistan’s Foreign Minster’s words the smart and intelligent diplomacy of Prime Minister Khan has helped Pakistan defeat India.

The bill prescribes punishments for offenders and outlines mechanisms for authorities to deal with such crimes. According to the approved bill, violators of the law against money laundering will be subject to a prison sentence of up to 10 years instead of the previous two years, along with a fine of Rs5 million, up from the previous figure of Rs1m.

Furthermore, the investigating officer shall be authorized to seek remand of the person for a period of 180 days, up from the previous 90 days, and shall not need to obtain arrest warrants from the court. The offender’s assets will also be seized by authorities. The bill was approved during a session of the committee under the chairmanship of former finance minister Asad Umar.

The Bill has been appreciated by political commentators in Pakistan except the opposition parties which claimed it to be a strict law.

Interestingly, Federal Investigation Agency (FIA) Director General Bashir Memon, while giving a briefing to the committee, had called for the above-mentioned amendments to be made in the bill. The committee also accorded approval to the Foreign Exchange Regulations Bill, under which the exchange of foreign currency will be controlled. If a person wishes to send or receive $10,000 or more within the country, permission from the State Bank will have to be sought first.

Pakistan Muslim League-Nawaz (PML-N) has shown reservations over the development. Party leader Ayesha Ghous Pasha said that “having turned FATF into a shield, the authorities were implementing ‘overkill’ when it came to responsive measures”. She also asked that where in the world such measures are being taken? “Where in the world does this occur, that an individual is barred from carrying foreign currency from one city to the other?”

To this, Asad Umar responded by saying: “FATF is giving us a biased treatment. It is telling Pakistan to do what is done nowhere else in the world.”

PTI’s efforts to get Pakistan de-listed from FATF

Since Pakistan Tehreek-i-Insaf’s government assumed office in Pakistan, there has been considerable focus on the elimination of extremism and polices to counter money laundering. Prime Minister Imran Khan himself is monitoring all ongoing policies to combat money laundering which has badly damaged the country’s economy.

The bill was approved during a session of the committee under the chairmanship of former finance minister Asad Umar.

“Since June 2018, when Pakistan made a high-level political commitment to work with the FATF to strengthen its anti-money laundering/combating financing of terrorism regime and to address its strategic counter-terrorist financing-related deficiencies, Pakistan has taken steps towards improving the regime, including operationalizing the integrated database for its currency declaration regime,” the body said in a statement.

Read more: Naya Pakistan: How much money has NAB recovered?

In order to qualify for a de-listing, the FATF has urged, Pakistan should continue to work on implementing its action plan to address its strategic deficiencies. It is important to note here that Pakistan has taken substantial steps to curb money laundering and terrorism financing. The Pakistani agencies traced around 8500 suspicious transactions and imposed ban on the militant groups involved in extremist activities.

The government has recently taken the Headquarters of JeM into its control while banning Hafiz Saeed’s JuD and taking Maulana Khadim Rizvi into custody.  This reflects the government’s seriousness and commitment to make Pakistan a terror-free zone and is what the FATF has acknowledged and appreciated.

US freezing aid will have little impact on Pakistan

Bundal island project to bring in US$50 billion investment to Pakistan: Ismail