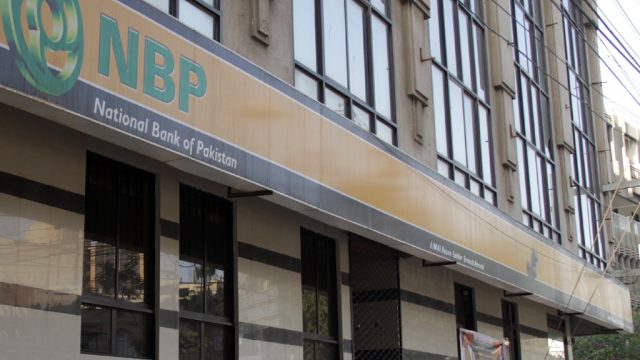 In the last few years, the banking sector in Pakistan has been both, beset by various issues such as political instability and economic uncertainty while also undergoing many significant changes. The complicated scenario can be seen in the facts that while banks are making profits, defaults are on the decline and surplus liquidity is present; there has also been a downfall in economic conditions since the last two years of the previous PML-N government.

Economic growth is an apt indicator for the growth of the banking sector; Pakistan’s economic expansion has been quite impressive from the perspective of GDP growth rate in last five years and was even highest in last fifteen years. Similarly, Pakistan’s banking sector remained sound and stable in 2017, with total assets growing to Rs 18.34 trillion (USD 159.5 billion) from Rs 15.83 trillion in 2016. Yet, on the other hand, its profitability decreased by three percent to Rs 39 billion in 2QCY18 mainly due to increased expenses incurred by big banks on pension and compliance costs.

The Bank has filed a review petition against the judgment of the Supreme Court of Pakistan in the pension case and has also moved an application for constitution of a larger bench which has been accepted.

However, there have been exceptions to the rule with the National Bank of Pakistan (NBP) being one such. The NBP is a major Pakistani commercial bank with headquarters in Karachi. Although state-owned, it operates as a commercial bank, while still continuing to act as trustee of public funds and as the agent to the State Bank of Pakistan in places where SBP does not have a presence, as SBP is the major shareholder of NBP. The bank provides both commercial and public sector banking services. It is a lead player in the debt equity market, corporate investment banking, retail and consumer banking, agricultural financing, treasury services.

The Meeting of the Board of Directors (BoD) of NBP was held on February 22, 2019, at the Bank’s Head Office in Karachi. The BoD approved the financial statements of the Bank for the year ended December 31, 2018.

Maintaining its position in the industry, this year too, the Bank recorded solid growth in terms of both balance sheet size and the total revenues. Despite a generally difficult year for the banking industry, the Bank has achieved the highest ever total revenue in its history of seven decades. Total revenue of the Bank amounted to Rs96.9 billion which is 13.6% higher than Rs85.3 billion of the previous year. While net interest/mark-up income increased by 11.8% to Rs60.7 billion (2017: Rs. 54.3 billion); a 16.7% growth was also achieved in non-interest / mark-up income which stood at Rs. 36.2 billion.

Healthy growth in balance sheet size was also recorded as total assets of the Bank stood at Rs2.8 Trillion depicting an 11.7 % growth YoY. NBPs’ gross loans & advances crossed the 1 Trillion mark and increased by Rs. 202.5 billion. The Bank’s deposits also crossed Rs. 2 Trillion marks as the same increased by Rs. 284.3 billion during the year. For better liquidity and rate-risk management, the Bank maintains a healthy portfolio of investment in low-risk securities.

The Bank has just launched its Debit Card product and is realigning itself with the emerging e-banking dynamics to exploit every digital channel to maximize its market outreach for fulfilling customer expectations.

The Bank has filed a review petition against the judgment of the Supreme Court of Pakistan in the pension case and has also moved an application for constitution of a larger bench which has been accepted. Pending the decision of review petition, the financial impact of the subject case has not been included in the instant financial statements as the Bank looks forward to a favorable outcome of the case.

The BoD is conscious of the fact that the shareholders look forward to receiving dividends. The Board deliberated at length whether or not cash dividend should be recommended. Keeping in view the significance of the amount involved in the pension-related case, the BoD considered it prudent to retain the profits for the time being to maintain & further strengthen the capital base of the Bank. Accordingly, the BoD did not recommend any dividend for the year 2018.

2019 marks the Bank’s 70th year of service to the Nation. NBP is continuously expanding its market outreach by adding to its product range, restructuring its business model, and adopting modern-day delivery strategies. The Bank has a special focus on promoting Home Remittances into Pakistan through the banking channel. Building on its extensive and ever-growing network of correspondents, particularly in the Middle East, the Bank is offering hassle-free remittances service across Pakistan. Provision of services through Alternate Delivery Channels and Customer Service Quality are also key focus areas of the Bank.

The Bank has just launched its Debit Card product and is realigning itself with the emerging e-banking dynamics to exploit every digital channel to maximize its market outreach for fulfilling customer expectations. During the year, the Bank added 23 more branches to its network of Aitemaad Islamic Banking. With “AAA” credit rating by the two Credit Rating agencies in Pakistan, the Bank is a driving force in the financial industry with its large distribution network domestic and international branches and a wide range of products & services.