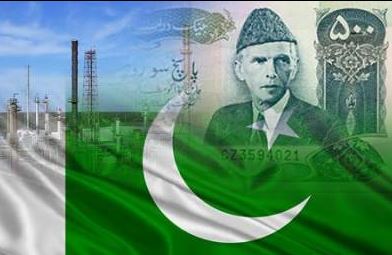 GVS sat down with Mr. Haroon Sharif to discuss the issue of Pakistan’s inclusion in FATF greylist and its economic performance under the current government. Mr. Haroon Sharif held distinguished positions as a Senior Advisor to UK’s Department for International Development and remained Executive Director of the Securities and Exchange Commission of Pakistan.

GVS: What consequences does this pose for Pakistan’s relations/funding coming from World Bank/IMF?

Haroon Sharif: First of all, it is important for Pakistan and Pakistani’s to understand the FATF framework.  By strictly legal standards, it is an inter-governmental task force with 34 members and regional grouping. Both China and India are members of FATF. It doesn’t have any offices in the countries or any executives and implementing powers. After mutual consultation, they present recommendations and provide technical assistance to countries for effective implementation. Being part of the Asia Pacific Group, Pakistan is obliged to follow the standards and recommendations of FATF.

FATF has high risk, monitored and watch list jurisdictions and Pakistan is likely to be put on the watch list in June. In fact, there is no such thing as a greylist and these are merely a visual depiction on their website. So, the countries which are under watch or observation, they color them grey. It is just like that if you color the Jinnah Avenue in Islamabad a blue area.

It’s important to understand this first, they [FATF] set standards, and they are working since 1989. Initially, they started on anti-money laundering focus, and then were expanded to terrorism financing and now I wouldn’t be surprised if its focus will also shift to corruption-related illicit flows because that’s the global trend.

Pakistan remained on this watch-list from 2012 to 2015. However, after promulgation of the anti-money laundering law in 2007, Pakistan incorporated most of the FATF recommendations and was acknowledged for this development.  FATF evaluates a jurisdiction with three angles basically.

First is legislation side, how strong is your legislation and does it comply with the international standards?

Second, do you have the institutional mechanism to implement this legislation?

Third, what is the actual outcome? What were the actual convictions, using the legislation?

Regarding Pakistan, they [FATF] don’t seem to have any issue with our legislation. Though, we have added some clauses in haste. But, their major concern is on the institutional and conviction side and linked to two specific outfits which are Jamat ud Dawa (JuD) and its welfare wing the Falah-i-Insaniat Foundation (FIF). Being a signatory to the UN Resolutions, Pakistan is required to freeze accounts and assets of these outfits.

GVS: How would it impact Pakistan’s chances of securing external funding?

Haroon Sharif: Historically, when FATF’s recommendation comes against Pakistan’s inability to implement the legislation prescribed. It affects neither borrowing from international markets or institutions like  IMF or World Bank.

Moreover, you will also have to look what was the world mood back in 2012 and what is it now? So, hypothetically, it could have an impact in terms of stringent conditionality. US treasury is as an important and influential member of IMF board. Pakistan has been on the Fund’s program, what if US treasury says, Pakistan would not be provided with additional funds or advisory unless it does comply by certain terrorism financing related conditions as advised by the FATF.  In such a situation, Pakistan will have no choice but to adhere to a demand to remain solvent.

I am giving a potential futuristic proposition, where you cannot rule out h pressure. As Pakistan is on FATF watch list, it neither stops Pakistan from reaching out to an organization nor capital markets.

In addition, it is unlikely to have an impact on our credit rating. But, crucially, there’s a serious impact on perception due to extensive media hype. It has an impact related to financial transactions. Lots of Central banks would be cautiously looking at financial flows going in and out of Pakistan. For example, if I am selling a product in Indonesia, and I have to make a financial transaction, this will be scrutinized extensively just because of perception. This will result in higher transaction cost and cost of doing business will increase.

Other than lobbying, when travel advisories are put in place making it difficult for people to travel then obviously, they don’t know you much. In such circumstances, it’s your job, to scale up your economic diplomacy capacity to reach out to relevant people.

I think, Pakistan neither produced enough evidence internally nor communicated it appropriately to the international community.

If Pakistan had acted like any regular country without terrorism baggage, people would trust us and could travel easily into the country, then there will be no issue of trust.

But, this has not been the case, unfortunately. Resultantly, our competitors have exploited our weakness.

GVS: Many Western banks, especially HSBC failed to stop money laundering, and yet nothing happened against the UK?

Haroon Sharif: HSBC despite the money laundering allegations continues its operations but world wanted to close down BCCI.

When you are a significant player in the world than you got to engage with the world in accordance with the changing nature/environment of the world.

In Foreign Office, many people might not even know what FATF actually is? The role of our regulatory institutions like SBP and SECP remained questionable. For example, SECP has no chairman. What action did government take in last 6-months?

At the end of the day, if international people are not reaching you, you need to appoint credible people as head of regulatory bodies who reach out to them, who pre-emptily take measures, rather than reacting to what is happening.  If you were in contact with them in last 8-months, you would know 6-months in advance, what’s happening?

There are two sides of this too. We cry foul and talk about conspiracies. We must understand, others only conspire due to our internal weaknesses. The fact of the matter is, institutionally, Pakistan was not prepared for it.

Institutionally, we don’t have right people to do the economic diplomacy with the world.

Because of that, it is now been given unnecessary media hype, both in Pakistan and outside the country.

I have been on this Task Force from the UK and have attended several meetings of the G-7 Financial Task Force.

I have fairly good understanding that how international system works.

Rather than labeling it a conspiracy against CPEC, Pakistan must do its own work.

Having said that I don’t deny that the mood of West regarding Pakistan is changing. And overall, on terrorism, China stands with the international community. Because on this no country affords a different stance at the moment.

Read more: US official visits Pakistan in quest to improve relations after FATF…

GVS: What can we do to overcome this?

Haroon Sharif: To engage with global values, the current structure of foreign policy and bureaucracy will never be able to do that.

Even in FATF, who was representing Pakistan? Finance and Foreign Minister were tweeting separately.

It is a specifically technical matter. Governor SBP should be authorized to deal with it. But, we have made it a political issue, so people are doing point scoring over it.

Besides, it has no legal bidding impact. Nevertheless, it has a lot of impact on opportunity cost of doing business in Pakistan.

Many people will be cautious, lending will have additional conditionalities. Transactions with the world will be watched carefully.

GVS: Pakistan’s FDI  has declined 3% according to SBP, can it have a more profound impact?

Haroon Sharif: Pakistan is fortunate enough not to have major FDI to face the heat or to suffer from.

How many people will take the investment back? There aren’t many.

Reliance on West FDI is all time low. I am worried about Pakistan’s ability to actually give a signal to the international community that this country is basically now shifting from conflict and terrorism to an economic model. And for this, we are taking following steps and this is our storyline.

But, our storyline finishes at CPEC. Like as it would do everything for us. We need actually to convey the message and it can only be conveyed, if someone understands and is aware of these institutions.

My solution to this is that in private institutions in Pakistan and in international institutions, there are people who can help them,   but there is no space for them because your engagement is captured by bureaucrats.

The world has changed now, eight countries have merged their foreign offices with their trade ministries. Because foreign policy has now become a trade policy. But, since we have security led foreign policy than we only have training in it.

Potentially, Pakistan’s PM should have made a task force by now and would have passed a directive to give recommendations in next-30 days to get out of this situation.

Moreover, put such strong name in the task force that FATF takes you [Pakistan] seriously.

If you would put low level and inexperienced bureaucrats, no offense to their services, nobody would take you seriously.

This is why sometimes, putting aside politics, one has to give such tasks to experts, but if you will put an incompetent person in everything, based on loyalties and then you will cry foul or blame others than it’s not going to work.