Nike jolts the liberals with its “Hijab Pro” 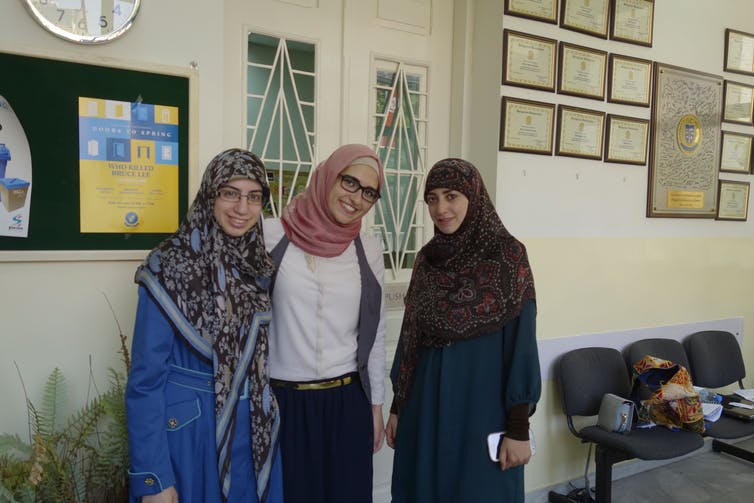 The newest product developed by Nike is not a pair of sneakers or a track suit, it is a sports friendly headscarf made especially for the Muslim athletes.

The aim of the company was to create an easy to carry and easy to wear hijab. The company reports that the hijab was created in accordance with the suggestions provided by the athletes themselves.

The Emirati Olympian Amna Al Haddad was one of the prominent suggestion makers. She explained to the authorities at Nike that there was only one headscarf which suited her requirements entirely and that she had to hand-wash it herself before every game. Zahra Lari, a popular skater and Manal Rostom, a mountaineer were among those who tested the product for its efficiency and durability.

The Hijab is made out of a soft, stretchable material which can be easily put on. The back of the hijab is made longer than usual in hopes that it would not deteriorate the performance of the athlete in any way.

The color choices are at the moment limited with only three colors to choose from. These include, black, vast grey and obsidian.

Lari who hopes in winning something in the upcoming winter Olympics posted pictures of herself wearing the newly created hijab. “Can’t believe this is finally here!,” she captioned one of her Instagram photos.

Fencer Ibtihaj Muhammad of New York wore a hijab last summer becoming the first athlete to wear a headscarf at the Olympic event. Taking her as the inspiration, FIFA also let its Muslim players to cover their heads while the U-17 women’s world cup was in progress.

Nike had recently issued that words like “Koran”, “Allah” and “Islam”, including many others, could not be used for customization purposes. The decision was taken after a Muslim consumer, Nabeel Kaukab questioned the creators of their intentions behind labeling the words mentioned above under the “forbidden words” list.

Over the past, there were only smaller companies looking to produce headscarves for the athletes. Nevertheless, Nike has fulfilled its Corporate Social Responsibility to its liberal consumers yet again by becoming the first multinational company to consider production of hijabs.

What it’s really like to be a woman in Hollywood