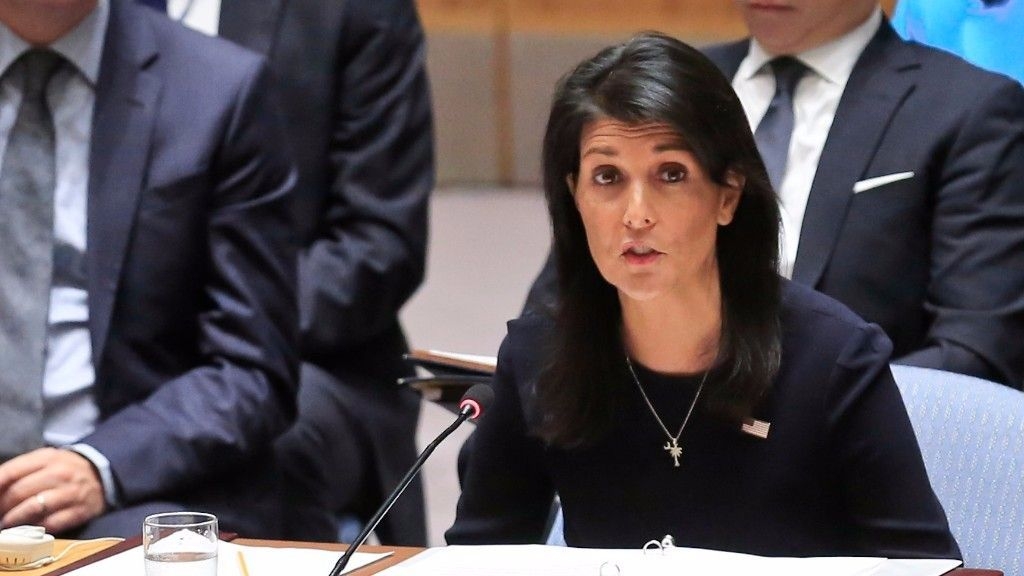 In her latest interview, the outgoing U.S ambassador to the United Nations, a Republican who has served as the governor of South Carolina, Nikki Haley blasted Pakistan with the allegations of harboring the terrorists. While talking to The Atlantic in regard to the U.S foreign aid and corresponding influence in the U.N General Assembly she said that the United States should stop aiding those countries which go against the U.S objectives.

“President Trump does not want to continue aid to countries, who don’t serve USA’s interests. Look at Pakistan,” Nikki said. “Giving them over a billion dollars, and they continue to harbor terrorists that turn around and kill our soldiers. That’s never okay. We shouldn’t even give them a dollar until they correct it.

The arduous convoluted engineering of a gun, fighters, and drugs which kicked off with the Soviet Invasion of Afghanistan until now have engulfed the lives and the bright economic prospects of Pakistani nation.

That’s not a small amount of change,” she added. Nikki Haley has put in her resignation and due to leave the office coming January. It is also speculated that she would be running for Presidency in 2020, though she has already turned down the rumors.

The statement reflects the conventional U.S strategy of playing good cop and bad cop in order to achieve the desired objectives without losing too much leverage. Just a week ago, the U.S President Donald Trump wrote a letter to the Prime Minister of Pakistan Imran Khan stressing out the need of Pakistan’s assistance in the much anticipated U.S-Taliban dialogue process.

It was followed by the statement of the in-line Commander of the U.S Central Command, General McKenzie who termed Pakistan as the vital element toward the desired discourse of Afghanistan for sustainable peace and regional security.

However, the remarks coming from U.S Defense Secretary James Mattis soon after that Pakistan should support the peace initiatives of Indian Prime Minister Narendra Modi and the United Nations in South East Asia exposed the same old narrative which the U.S has been playing repeatedly to defend its loss in Afghanistan.

Not only such remarks, both from U.S defense secretary and the Nikki Haley, downplay the much-needed trust-building efforts from both sides, the insensitive and far from reality statements, that India is trying to build peace in the region, hurt the sentiments of the people of Pakistan. As a country and nation, Pakistan has suffered a lot due to the increased insurgency catalyzed by India via the porous terrain alongside the Durand Line.

But it is very important that it does not strain the U.S-Pakistan relations as, unlike the Af-Pak strategy lens which the U.S employs to view them, they have more to offer than simply the bridge to the peace in Afghanistan.

It has repeatedly urged the world to take notice of the violation of International law and sovereignty of Pakistan, but all the protest has gone unheard. The remarks coming from Nikki Haley and James Mattis are disrespectful to the blood of thousands of civilians and armed force personnel who have lost their lives in the war against terror.

Not a Hired Gun Anymore

Prime Minister Imran Khan, in his latest interview to Washington Post, has categorically stated that Pakistan will not act as the hired gun of United States of America to wage its war on the cost of Pakistani blood. The arduous convoluted engineering of a gun, fighters, and drugs which kicked off with the Soviet Invasion of Afghanistan until now have engulfed the lives and the bright economic prospects of Pakistani nation.

While the United States has reaped the benefits of the funded proxies, the havoc was inflicted on Pakistan. The resolution on part of the Prime Minister Imran Khan to put the national interest of Pakistan above everything would certainly be contrary to what the United States wants Pakistan to do, and the undue criticism of harboring terrorists reflects the same.

Read more: 5th Gen. War: How Pakistani media played in the hands of…

But it is very important that it does not strain the U.S-Pakistan relations as, unlike the Af-Pak strategy lens which the U.S employs to view them, they have more to offer than simply the bridge to the peace in Afghanistan.

Three Muslim inventions that are leading fight against coronavirus

Theresa May: A legacy sunk by Brexit