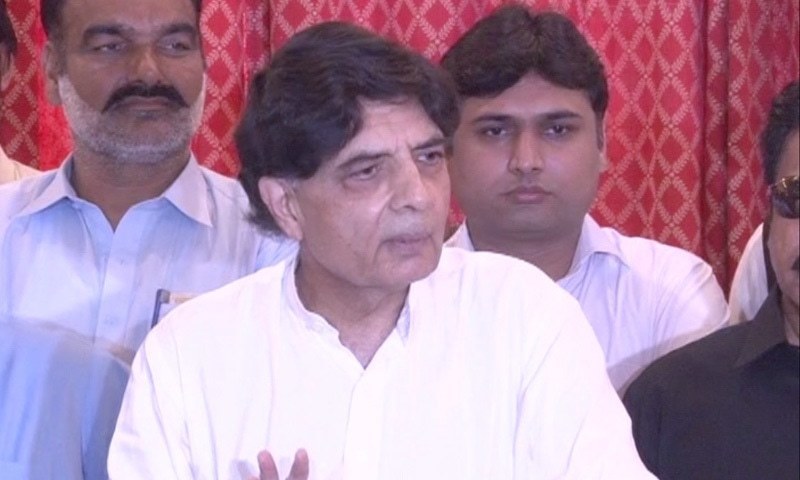 Disgruntled PML-N leader Chaudhry Nisar Ali Khan asked the people of Taxila not to vote for PML-N.  Addressing an election campaign rally in Cantonment area on Thursday, the former interior minister said: “I am saying this clearly. Nothing will come of [PML-N candidates], not before the elections and not after”.

Since PPP has failed to make inroads in Punjab despite Bilawal’s last-ditch efforts to do so, PTI is expected to clean sweep this region.

He asked the people to vote for the jeep instead of bat or lion. “We can only get through this [critical juncture] by joining hands for the betterment of the country. But I do not see that happening before or after the general elections. Every political leader has their eye on the prize of becoming the country’s prime minister,” he said.

“I have been by his (Nawaz Sharif) side for 34 years and I advised him not to go after the judiciary and armed forces,” Nisar said, adding that his counsel fell on deaf ears as certain people told Nawaz that the best step will be a confrontation.

Nisar’s comments did not come as a surprise since his tussle with Nawaz and PML-N is nothing new. Nisar is a heavyweight and has influence over constituencies in parts of Northern Punjab. His ousting from the former ruling party is set to dent PML-N’s vote bank in Potohar region.

Despite his request to people to vote for him, it is expected that PTI will benefit from the tug of war between Nisar and Nawaz Sharif. PTI’s Chaudhry Sarwar defeated Nisar from Taxila in 2013 elections and is well set to bag a victory this time around too.

According to analysts, Nawaz’s arrest and Nisar’s ouster from PML-N will be a heavy blow to PML-N’s influence in Northern Punjab. Since PPP has failed to make inroads in Punjab despite Bilawal’s last-ditch efforts to do so, PTI is expected to clean sweep this region.

Recent surveys also indicate that PTI enjoys unprecedented popularity in North Punjab. If PTI gains maximum seats from Attock to Jhelum, it will be a rout of Nawaz’s PML-N from this region and a major dent to its hopes of forming a government in Punjab.

Analysts believe that if Nisar joins PTI after the general elections, it will be the last nail in the coffin of PML-N’s vote-bank in North Punjab.