Nisar sounded desperate on Supreme Court Commission report but he had some “points”? 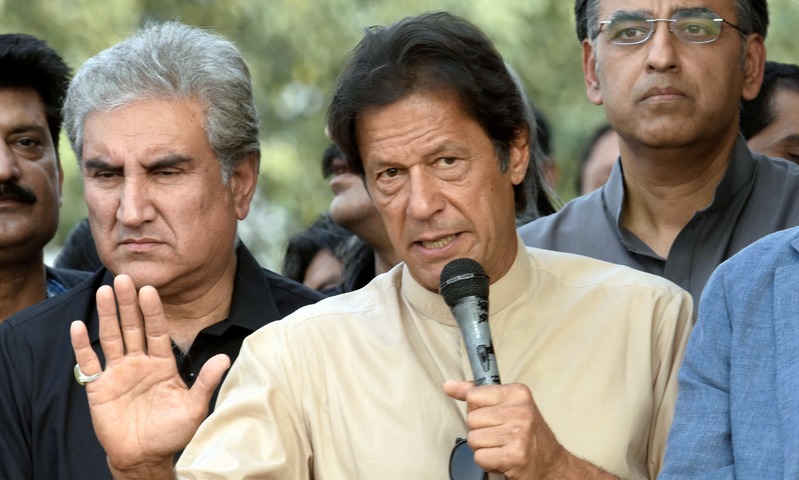 ISLAMABAD: Interior Minister Chaudhry Nisar Ali Khan is coming under renewed political attack from PPP, PTI and many in media for his blistering criticism of the Supreme Court Commission Report on Quetta terrorism. Though PMLN’s new information minister, Maryam Aurangzeb, considered close to Maryam Nawaz, PM’s powerful daughter, has defended him but overall PMLN rank and file has remained muted in defense of its most vocal minister.

Ch. Nisar on Saturday, in a hard hitting Press Conference, that to many signaled his desperation, had bitterly criticized what he called the “One Sided Report” by Supreme Court Commission headed by Justice Faiz Esa, the former Chief Justice Baluchistan High Court and a very respected member of the judiciary. The report was about the Aug 8, twin terrorist attacks in Quetta, in which President of the Quetta Bar Association was first targeted apparently as a bait to attract sympathizers at the hospital for a second terrorist attack killing more than 70 – most of whom were lawyers.

Interior Minister called Justice Faiz Esa’s report as “One Sided” in which his ministry’s and government’s point of view was not presented or judged at all.  He rhetorically questioned, “even hardened criminals are provided right of defense by the supreme court…then how is that I am being condemned without giving me a right of explanation”

Nisar alleged that Supreme Court Commission Report has not only unnecessarily rubbished his ministry and the government but has put Pakistan’s security and intelligence institutions in a very awkward situation. Internal security is a sensitive matter, it relies upon civil military cooperation and political consensus.

Chaudhry Nisar said, more than once, during his long press conference, that he was “deeply hurt” and had gone to the Prime Minister, Nawaz Sharif, offering his resignation, so that he can defend himself. But his resignation has not been accepted, but now he is free to give his point of view on all forums including supreme court and the parliament.

Its not clear if that means that he has been given Prime Minister’s permission to hit back at his political opponents, but it appears that Monday session of the parliament will be stormy. PPP – as his arch rival – and now joined by PTI had already been demanding his resignation, before his latest press conference.

Responding to the press conference, PPP spokesman Senator Farhatullah Babar again said that Ch. Nisar should have resigned after what he called was a “stinging indictment by the Supreme Court’s inquiry commission” instead of choosing to “whitewash himself” through an emotional monologue on the media and a rant against the opposition.

PPP Punjab’s President, Qamar Zaman Kaira, appeared in Dunya News program, with Anchor Moeed Pirzada, and said that PMNL leaders consider supreme court judgements and decisions worthy only when these are against PPP or other opposition, when it comes to them then either Supreme Court is attacked or is rubbished as Kaira has done. PTI commentators and others in media remembered how Justice Baqar Najfi’s Commission Report into Model Town Police Killings were similarly rejected and thrown aside by the PMLN government that then created, with cooperation of Gen. Raheel Sharif, a second “Joint Investigation Team (JIT) to exonerate itself.

PPP’s Senator Babar, responding to Ch. Nisar’s press conference said “As the whole edifice of counterterrorism effort has come down crumbling under the interior minister, the PPP expects him to resign. In case he is unwilling he must be shown the door,” he said.

Nisar in his press conference argued that the original mandate of the Supreme Court Commission was to inquire about two terrorist incidents that took place in Quetta in a single day, on Aug 8, but instead a ‘strange’ questionnaire was sent to him that had no direct bearing on the Quetta terrorism.

Nisar was definitely being clever here, because Supreme Court Commission, of Justice Faiz Esa, had asked him questions about his meetings with the leaders of Ahle Sunnat Wal Jamaat (ASWJ), a proscribed organization. Commission’s logic appears to be that that Pakistan’s Interior Minister openly meeting such leadership legitimizes sectarianism and encourages extremism.

Nisar however explained that he did not specifically met the delegation of ASWJ. He met the delegation of Defense of Pakistan Council (DPC); Maulana Samiul Haq, had sought time for a meeting along with a delegation on the issue of blocked computerized national identity cards. He said he was not aware that Maulana Ahmad Ludhyanvi Chief of the ASWJ, was part of the delegation. Once Maulana was there, he could not have thrown him out. Nisar’s explanation could or could not be factually true, because his ministry had definitely permitted a rally by DPC and other constituent elements in Islamabad when mainstream parties like PTI were banned. His explanation that such permissions are granted by Deputy Commissioner is only to insult the intelligence of media and political parties because everyone knows that in Pakistan, office of Deputy Commissioners (DC) are totally politicized and DC’s cannot give or reject permissions for political rallies on their own professional judgements.

But Nisar made lots of sense when he questioned: why no one, including the Election Commission of Pakistan and courts took notice when the same controversial Maulana Ludhianvi – for meeting whom the Supreme Court Commission is blasting him – contested the 2013 general elections from Jhang. Nisar pointed out that Maulana lost the election to PML-N Candidate Sheikh Akram but later an election tribunal had de-seated Sheikh Akram and declared Maulana Ludhianvi as successful. He said a stay had been given to Sheikh Akram by the Supreme Court, but the main petition was still pending. Nisar definitely had an impact in pointing out the shared hypocrisy of all elements of Pakistani system on the issue of sectarianism and extremism. Many remember how after the Army operation against the Lal Masjid in 2007, courts, perhaps motivated by their hatred of Musharraf or perhaps lead by their own religious sentiments, provided relief to Maulana Aziz and his supporters.

Nisar clarified that when he took over, Nacta had been operating from a rented building whose rent for six months had not been paid. Now the things were different and Nacta had so far shared 7,774 intelligence excerpts with the authorities concerned and over 20,000 intelligence-based operations had been carried out.

He added that more than 9,000 terrorist incidents had taken place during the PPP’s rule; from 2006 onwards more than 1000 terrorist attacks took place each year, in some of the years like 2009, 2010 and onwards such attacks had peaked around 1500-1600 per year but no one demanded resignations from the Interior Minister. Only in the last two year had such attacks come down, this year the figure has finally been less than a thousand but loss of life has been much lower. He was of the opinion that those attacking him – and by that he meant PPP leaders – are motivated due to his stand on Ayyan Ali, Dr. Asim and Karachi. Monday session of the parliament promises to offer more fireworks.

Nawaz Sharif may create the perception of winning public front, but is definitely losing on the judicial

Has DRAP allowed doctors to use Dexamethasone to treat COVID-19 patients?