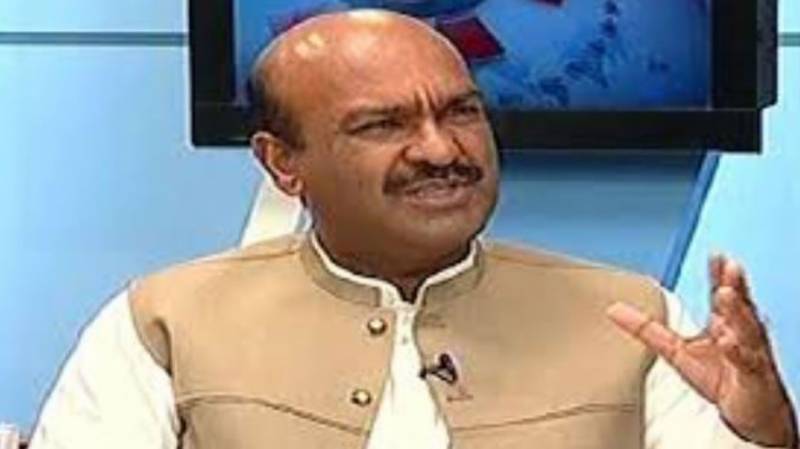 Prime Minister Imran Khan has said that his government would deal with money laundering and smuggling identically. The prime minister said so while addressing the Pakistan Economic Forum on Thursday in Islamabad. “My vision is that Pakistan becomes a self-sufficient state, which is necessary for the national honor,” he said.

The premier said that to facilitate the business community, he had decided to change the existing tax regime and investment policies. The government would promote the wealth culture to provide an opportunity to the investor for wealth creation.
PM Khan said that there was always a mindset in the country that criticized wealth creation but he was happy that it was changing.

“Today the chairman of the Federal Board of Revenue said in a meeting that wealth creation was not a bad thing. I was happy to hear this from a bureaucrat like him because it means that the mindset of the bureaucracy is also changing,” PM Khan said.

Read More: Who approached PTI’s Murad Saeed for an NRO?

The premier further said that there would be an office formed within his secretariat for the sake of “ease of doing business” in Pakistan. He stressed the need for adopting the approach of self-reliance rather than relying on others. “China pulled 700 million people out of poverty over 30 years,” PM Khan noted.

Mr. Khan said that the government would make all efforts to increase the country’s exports. “We will deal with money laundering and smuggling identically,” he said, adding that they were bringing policies to curb these practices.

Pakistan’s economy is in worst conditions these days and money laundering is said to be one of the biggest reasons behind it. Mr. Khan is determined to stop money laundering so that economy in the country gets strengthened and Pakistan becomes financially stable.

PM Khan directed the BOI chairman to formulate a comprehensive plan including all the issues faced by investors and efficient and simpler procedures of government approvals and taxation to assist the business community.

It was decided during the meeting that the prime minister would chair a review meeting every month on ease of doing business in the country.

For a country to progress, the economy is the backbone. In order to stabilize the country, PM Khan is not only determined to facilitate the investors but also curbing the practices that have for a long paralyzed the growth of Pakistan; accountability of those who have looted the country for personal interests. Their bank balances kept swelling as the reserves of the country kept declining.

In the end it is pertinent to mention that reining corrupt traditions is as important as expediting the business to gain economic stability.